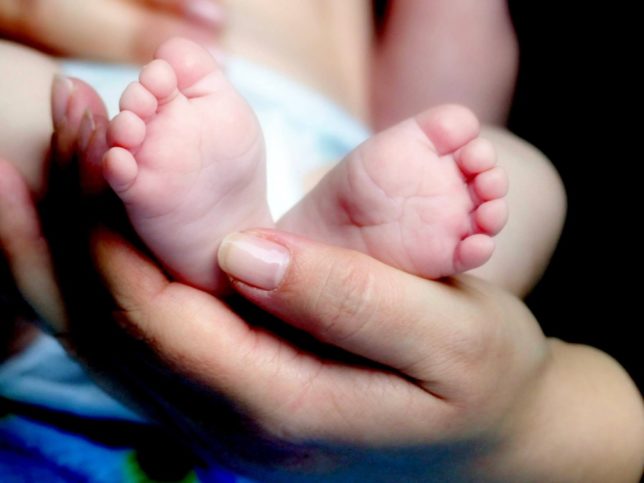 Is it pro-life to eliminate the unborn, limit the size of families, or forcibly sterilize the mentally “unfit”? The answer is a solid no—but the same leftists who have supported all of these anti-human policies in the past want to fool you into believing the opposite is true.

The scheme is called “creation care,” and far from stewardship of Creation, its real objective is undermining the pro-life movement in order to enact a radical Global Warming agenda. Creation care activists want to broaden the term “pro-life” to include environmentalism—replacing the conviction that life begins at conception with a new definition that’s so meaningless it means whatever they want it to. And with today’s hardened Left, that includes redistribution of wealth, open borders, and even abortion.

The premise is simple: If you can’t convince them, deceive them.

The creation care strategy is spearheaded by New America, a left-wing think tank whose founder, Ted Halstead, now runs the Climate Leadership Council—itself bent on infiltrating the conservative movement with Global Warming theory (both groups are heavily funded by major foundations on the Left).

In 2015, New America released a report entitled “Spreading the Gospel of Climate Change” to advise activists on using climate change to form a “solid beachhead” within Evangelicalism to drive a wedge between them and the Republican Party, which relies on conservative Christians as a major constituency.

The point isn’t to persuade Christians of the merits of their opinions, but to rebrand Global Warming theory as biblical. Little wonder the group most associated with this strategy is the Evangelical Environmental Network (EEN), which boasts of successfully infiltrating Billy Graham’s magazine Christianity Today and the National Association of Evangelicals, both of which now publish extensively on the need for “action on creation care” and more “advocacy” to combat this “sin.”

Far from a religious outfit, EEN is a partisan policy shop which lobbies for expensive renewable energy at the cost of cheap oil and natural gas. The group defends President Obama’s 2015 Clean Power Plan and has attacked Republicans who support its repeal as industry shills who “chose to protect industry interests over God’s creation and the health of our children.”

If that sounds like something the far-left Sierra Club would write, that’s because it is. Creation care is simply environmentalism with a pseudo-biblical veneer.

And that’s the bottom line: environmentalism is, and always will be, a product of the Left. Don’t be misled by environmentalists’ calls for clean water and the wise use of resources, beliefs held by conservation-minded Christians for millennia. Rather, they’re selling a political ideology that sees humans as worthless or worse.

That’s because modern environmentalism has its roots in the population control movement of the last century when so-called Progressives demanded the government forcibly sterilize those they deemed too inferior to have children. These Progressives couldn’t be more opposed to God’s commandment to “be fruitful, and multiply”—in fact, they were terrified of over-populating the Earth.

Social engineering socialists like Planned Parenthood founder Margaret Sanger were allied with eugenicists and white supremacists in their crusade against what she called “the tragedy of overpopulation” brought about “by superabundant breeding” and, in the case of China, “the incessant fertility of her millions of people spread like a plague.”

In the 1950s and 1960s, groups like the Population Council and Pathfinder International—two of the largest funders of abortions overseas, the latter with taxpayer funding—sprung up to claim that the world would soon run out of food, metals, and oil. Billions would die if the world didn’t act immediately, they predicted.

To a man, they were wrong—and spectacularly so. At one point doomsday activist Paul Ehrlich claimed in a CBS interview that “most of the people who are going to die in the greatest cataclysm in the history of Man have already been born. Sometime in the next 15 years, the end will come.”

That was in 1970 when the Earth’s population was under 3.7 billion people. It’s since doubled.

These activists were wrong about population control and they’re wrong about Global Warming, which they adopted wholesale after running out of arguments for the former. Yet their tactics are still the same: scare you into surrendering your home, your food, and your rights… or else.

Creation care brings a gospel that is far from good news, and Evangelicals who stand for the sanctity of life should be wise to the snakes in their midst.