CRC in the News: Conservatives, embrace Big Labor at your peril 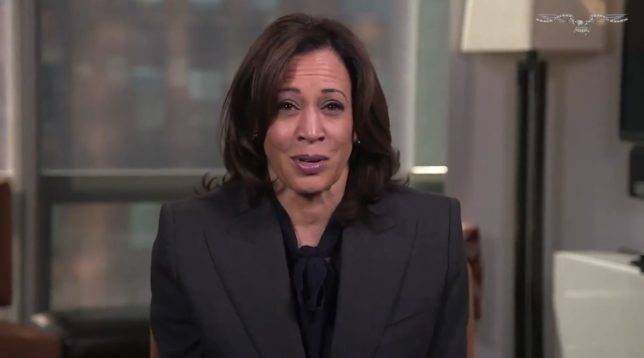 This article appeared in the Washington Examiner on December 10, 2019.

As the Democratic candidates court union endorsements, Big Labor is gearing up to spend big in 2020. This election cycle, labor union PACs have already made nearly $34 million in contributions — 84% to Democrats.

Yet, some conservatives are offering olive branches to Big Labor in hopes union officials will abandon their allies on the Left. For example, the R Street Institute’s Eli Lehrer recently urged the Trump administration to “help non-traditional labor organizations,” also known as “worker centers.” In Lehrer’s words: “A strategy of supporting groups that perform some functions of unions but not all does not mean cozying up to the AFL-CIO, the United Auto Workers, the Teamsters, or any other part of ‘Big Labor’—just the opposite, in fact.”

Conservatives, understandably, began looking within unions’ ranks for new allies after 2016 exit polls suggested President Trump won 43% of the union household vote, but a bold line must be drawn between union leadership and membership. While a substantial minority of union members vote Republican, upward of 9 in 10 political dollars given by union leaders go to back Democrats. And while union leaders’ support for Democratic politicians is well-known, union support for left-of-center advocacy groups is even more lopsided — 99% goes to the Left.

Worker centers may brand themselves as “non-traditional,” but they’re really more of the same. From the United Farm Workers to the Pioneer Valley Workers Center, Lehrer’s own examples reveal wolves in sheep’s clothing. Both the Labor Department and the state of California (where UFW is most active) recognize UFW as, well, an old-fashioned labor union. It’s even a member of Change to Win — the union federation and strategic organizing center led by the Service Employees International Union and International Brotherhood of Teamsters. Those two unions launched Change to Win because they found traditional unions insufficiently aggressive in their attacks on the business community.

As for the Pioneer Valley Workers Center, a quick glance at its senior staff page confirms that, while the center may not formally be part of the (shockingly corrupt) United Auto Workers, it is strongly connected to the UAW alumni network. Rose Bookbinder, a “co-director and lead organizer,” brags that she was previously “a lead organizer for the United Auto Workers.”

Another example, the Freelancers Union, has deep ties to Big Labor and the institutional Left. Its founder, Sara Horowitz, co-founded the think tank Demos, worked as a union organizer, and has repeatedly vowed to implement “traditional labor strategies.”

Lehrer isn’t alone in making overtures to Big Labor. Republican commentator James Pinkerton proposed an “Eisenhower Option” — the hope that strengthening labor unions themselves will earn conservatives the support of Big Labor as an institution. After all, Republicans claimed a “labor statesman” in the Eisenhower years; his name was Dave Beck, and he led one of America’s largest unions, the International Brotherhood of Teamsters.

Of course, Beck was profoundly corrupt, concocting schemes to turn member dues into personal luxuries. The criminal activities of Beck and his infamous successor, the mob-tied Jimmy Hoffa, were so egregious they led to the passage of the Labor Management Reporting and Disclosure Act of 1959.

Worse, today’s Teamsters union has embraced numerous policy positions that should give any conservative pause. Consider Teamsters Joint Council 16, which has declared itself a “sanctuary union” that would not cooperate with federal immigration authorities. Or take the California Teamsters, which lobbied the state to pass a special incentive package to lure film production from Georgia after the Peach State passed strict limits on abortion.

Where exactly is the mutual interest here? Of course, conservatives are not wrong to reach out to union members and their families. But endorsing the institutions that claim to represent those households is folly. Big Labor is simply too intertwined with the rest of the Left — from ideology to funding and staffing — to be allies of conservatives. Buyer, beware.