The wife of a deceased UAW vice president indicted for bribery 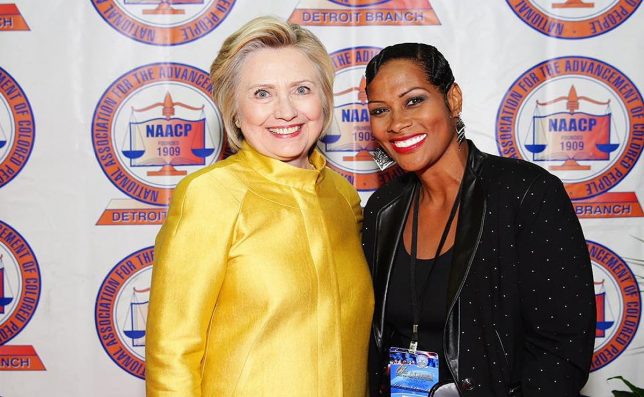 In a story that will no doubt rock the failing United Auto Workers (UAW), the wife of a deceased UAW vice president and a former Fiat Chrysler executive have been indicted for their part in a $2.2 million bribery scheme.

Monica Morgan, wife of the late, crooked official General Holiefield, was charged with allegedly colluding with former Fiat Chrysler VP Al Iacobelli to steal the money from an auto worker training fund to build a swimming pool, pay for expensive jewelry, purchase a $350,000 Ferrari, and pay for first-class airfare. Morgan is also accused of spending lavish sums to support her international photojournalism business and using some $262,000 to pay off her mortgage.

This isn’t her first foray into fraud, either. Since 2002, the Internal Revenue Service has hounded Morgan for allegedly failing to pay over $76,000 in taxes. Her union boss husband, the late General Holiefield, was arrested in 2011 for “domestic violence” against his first wife, and in 2014 was forced to take a leave of absence from UAW after he “accidentally [and non-fatally] short Morgan in the stomach at their Harrison Township home.” Holiefield pleaded guilty to reckless use of a firearm.

The indictment could not come at a worse time for UAW. Critically, the Detroit-based auto workers union is engaged in a campaign to unionize Nissan’s car factory in Canton, Mississippi. Voting on the issue—which has already cost the union millions in contributions to local churches and organizational expenses—ended on the evening of August 4. (The voting began on Thursday, August 3.)

The UAW is desperate to organize southern plants, where most states have adopted Right-to-Work legislation allowing workers to opt of paying dues to and joining a union. Since 1980, membership in UAW has plunged by 75 percent as dozens of factories owned by Ford and General Motors have closed their doors in the Midwest. UAW, desperate for dues to keep it afloat, failed in a similar organizing venture in Chattanooga, Tennessee in 2015, where workers voted against joining the union 712-626.

Catch the response of angry UAW members reacted to the news that their training funds were robbed here.