But can giving be so conspicuous that it’s as bad as extravagant consumption? 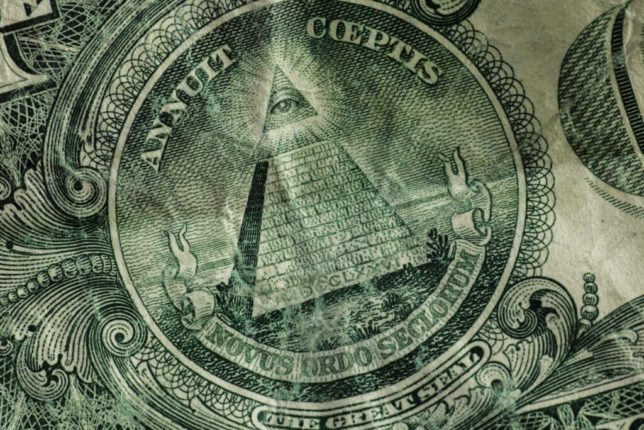 “Wealthy people can do a lot of good with their money,” begins an interesting June article in The Journal of Experimental Social Psychology. “The Bill and Melinda Gates Foundation donates billions of dollars every year to worldwide healthcare initiatives, Jeff Bezos established a $2 billion fund to battle homelessness, Oprah Winfrey famously uses her wealth to support educational initiatives and the arts, and so forth,” for example.

“Of course,” the piece by Juliana F. Black and Shai Davidai continues,

wealthy people also spend their money in more extravagant and luxurious ways. Bill and Melinda Gates live in a 66,000-square-foot mansion, boasting a swimming pool with an underwater speaker system, a 23-car garage, a 20-seat movie theater, and a designated trampoline room. Similarly, Jeff Bezos owns a $75 million private jet and Oprah Winfrey’s 65-acre California estate is complete with her own private avocado orchard, a tea house, a stable, and a custom-made, one-of-a-kind bathtub.

For “Do rich people ‘deserve’ to be rich? Charitable giving, internal attributions of wealth, and judgments of economic deservingness,” Black and Davidai examine 11 studies and analyses of how people make judgments about the origins of others’ wealth, including “whether the attributions people make about wealth are influenced by the way wealthy people spend their money.”

They are, according to Black and Davidai. The more the wealthy give their money away, the more likely it is that people will think those wealthy are “deserving” of their wealth—adding an important qualifying consideration, and thus raising potentially important questions for how we should think about philanthropy, and philanthropists.

Black is a graduate student in psychology at the progressive New School for Social Research. Davidai is an assistant professor of business at the Columbia Business School and a former assistant psychology professor at The New School.

“[O]ur findings suggest that the relationship between how wealthy people currently spend their money and the attributions people make about how their wealth had been accrued in the first place are due to judgments of character,” Black and Davidai write. “Because people believe that rich individuals who spend their money charitably are more moral and virtuous, they view their fortunes as having been hard-earned and well-deserved. …”

“Conspicuous giving may be a more effective way of garnering respect than conspicuous consumption.”

This view helps protect philanthropy from serious social, cultural, legal, and regulatory questioning, according to the ascendant progressive critique of philanthropy. In fact, it undergirds a primary progressive critique of the entire philanthropic enterprise and structure—that it serves as “reputation laundering,” covering up either merely luckily gained or otherwise ill-gotten gains in the capitalist system. Philanthropy is just ex post legitimation of illegitimately generated, undeserved wealth, by this critique. And people, and policymakers, are allowing this false legitimacy to be conferred. These critics can now cite Black and Davidai.

Although people generally like charitable others, they tend to dislike those who brag about it, distrust conspicuously altruistic individuals, and view them as less generous. Moreover, people may suspect that extremely conspicuous giving is motivated by hidden motives and self-interest and therefore question the underlying character of conspicuously charitable individuals. Indeed, the more participants in [one study] viewed fundraising events as conspicuously lavish, the more they believed that the wealthy patrons of these events have acquired their wealth through luck, privilege, and other suspect means. Yet, even if people tend to be suspicious of those who engage in conspicuous giving, they may still prefer such “impure” generosity over extravagant consumption and attribute the giver’s wealth accordingly. [Citations omitted.]

So, the suggestion is, there may be something of a point of diminishing returns for an ill-motivated, conspicuous-giving, reputation-laundering philanthro-capitalist. Assuming that’s right, where is that point, and wouldn’t many philanthropists whom we could name—they’re conspicuous—be far beyond it?

Can giving become so conspicuous that it’s as bad as regular old, extravagant consumption? And if and when so, and if it’s a lot and often, what might that do to the progressive critique of philanthropy based on a different underlying answer?