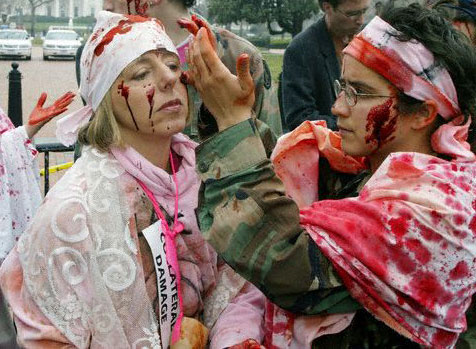 Left-wing performance artist Medea Benjamin of Code Pink (shown at left in above photo) appears to be settling down here in the nation’s capital, at least for now.

The ultra-leftist subversive, who years ago said moving to Cuba made her feel “like [she] died and went to heaven,” bought a home on Capitol Hill, according to District of Columbia records: 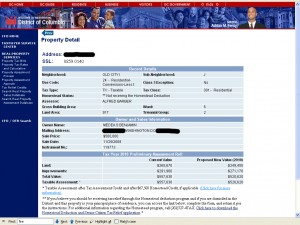 Note that Benjamin’s address has been redacted — even Code Pink crazies deserve some privacy.

She must feel that it’s important to be here to lobby her friends on Capitol Hill and in the Obama administration.

Benjamin gets kudos because unlike some of the capital city’s politicos, she failed to claim the D.C. homestead exemption. Presumably she does not intend to make Washington her primary place of residence.