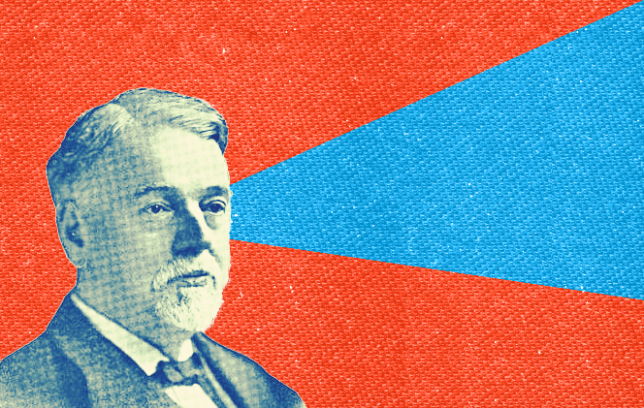 This article originally appeared in Philanthropy Daily on February 28, 2019.

It’s usually a rule in the history of foundations that the descendants of a donor are, more often than not, hostile to the donor’s intentions.

In the first important case of donor intent, the nephews of philanthropist Stephen Girard in 1844 sued to break Girard’s will because they claimed that Girard, by funding a high school (confusedly named Girard College) that had no religious affiliation, was somehow legalizing atheism in America because the school is administered by the city of Philadelphia, and having a state-administered nonsectarian school would advance the atheist cause. Although the nephews hired Daniel Webster, who argued his case to the Supreme Court over three days, the Supreme Court ruled Girard’s will valid by a 9-0 vote.

More recently, J. Roderick “Rod” MacArthur waged a successful battle to purge the MacArthur Foundation of his father’s conservative allies on the foundation board. My reading of MacArthur’s war against his father’s legacy is that part of the reason MacArthur fought was that he was more liberal than his father, John D. MacArthur, but also that his father was a jerk and his son wanted revenge.

But, as Alex Daniels reports in the Chronicle of Philanthropy, some descendants of Surdna Foundation founder John E. Andrus have charged that the foundation has drifted very far away from the founder’s vision.

Alex Daniels writes that Surdna board chair Peter Benedict II says he asked some lawyers, and these lawyers said that a clause of the deed saying the purpose of the Surdna Foundation was for “religious, charitable, scientific, educational and eleemosynary purposes or any one or more of such purposes.” This, according to Benedict, means that Andrus “intended to give future managers of the foundation flexibility” instead of giving to the causes Andrus favored. So, in Benedict’s view, the Surdna Foundation can do whatever it feels like because Andrus probably made the mistake every donor of his generation except for Julius Rosenwald and James B. Duke made: he left no restrictions on how his wealth should be used.

But 24 of Andrus’s 380 descendants disagree, led by cousins Carolyn Jones and Kelly Jasper. They say that Andrus during his lifetime focused on practical poverty-fighting, including supporting hospitals, schools, churches, and orphanages, and that the foundation now supports groups such as the Democracy Collaborative, which funds the Next System Project, which is “a program dedicated to exploring economic alternatives to capitalism.” They also object to the Neighborhood Funders Group, which gives grants to organizations that promote social justice.

The Surdna Foundation board apparently hoped to move the foundation even more to the left with the appointment of Don Chen, a Ford Foundation program officer, as their new president. But they then faced a backlash from these 24 Andrus descendants.

Peter Benedict II defends his board, which includes ten Andrus descendants, this way:

“Situations evolve and circumstances evolve. When John Andrus was supporting orphans, he was supporting people who didn’t have a voice or people who may not have been captured in the safety nets that were present at the time. One hundred years later Surdna continues to support folks who don’t necessarily have a voice and where the various social structures and safety nets of our society may not capture them as well. There’s a tremendous continuum.”

Whenever I hear someone working at a perpetual foundation who claims that “situations evolve” away from a donor’s intentions, I am reminded of the simple strategy Shelley Cullom Davis used to ensure that an endowment he set up at Trinity College would be used to support a professor of free enterprise and associated activities.

In 1981 Trinity College president Theodore B. Lockwood sent a proposed letter of agreement to Davis that included this sentence: “The activities of the Davis Endowment would presumably change from time to time as conditions evolved and opportunities arose.”

Davis crossed out the sentence and wrote, ‘NO EXCEPTIONS WHATEVER.” That sentence ensured that his intentions were protected.

If Peter Benedict II really believes there is no difference between helping a poor person get work or helping an orphan find a home and hiring picketers to denounce Brett Kavanaugh (as the Surdna-funded Center for Popular Democracy has done) then he obviously has spent too much time in the commanding heights of the foundation world, where all travel is first class.

Will the Surdna Foundation change? I don’t know. But at least there’s an argument about John E. Andrus’s intentions. Arguments keep perpetual foundations vital, as opposed to the stagnation, calcification, and decay that people like Peter Benedict II prefer.

I do not know if there are any descendants of the Pew family or John D. Rockefeller who have challenged the course that the Pew Charitable Trusts or the Rockefeller Foundation have taken. But I’m happy the 24 descendants of John E. Andrus have questioned the authority of the Surdna Foundation. These descendants deserve our respect—and our applause.