Charter Schools Are Filling the Gap of Adult Education 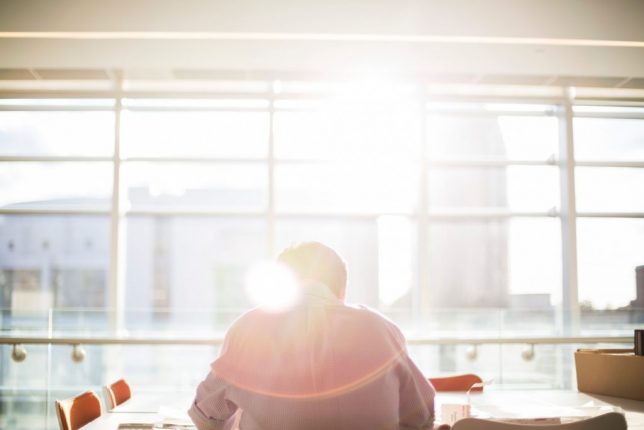 Look at the debate over our schools and you find that the debates are both familiar and don’t change very much.

Oberfield acquired databases with hundreds of thousands of questionnaires from teachers in charter schools. He found that charter school teachers say they have more autonomy than those in public schools, but they also work harder.

My guess is that if you asked charter school teachers these questions in 2027 or 2037 you’d probably come up with similar answers.

I’ve written on and researched topics of school reform for over 30 years, so there’s very little about charter schools that surprises me. But Rachel M. Cohen, in this piece from the Washington City Paper told me something about charters that I didn’t know: in Washington, D.C. they’re used to teach adults how to read.

“There are currently nine adult charter schools operating across the city,” she writes, “and the D.C. charter board recently approved a new one to open in the 2018-19 school year.”

I gather that the District of Columbia is the only place with so many adult charter schools. Florida, for example, explicitly states in its charter law that they’re only to be used for K-12 education. Other states have adult education as part of their community colleges, but the first community college in the District of Columbia didn’t open until 2009.

But Washington has a particularly strong charter school law.[1] In the mid-1990s, the city was in the middle of what appeared to be a protracted and insolvable education funding crisis. In 1996 Franklin Smith, Washington’s school superintendent, declared the city couldn’t fund adult education classes any more, and cut off funding. If adults wanted to learn, he said, they could go to regular public schools.

The adult education movement then shifted to charters.

The Carlos Rosario Adult Education Center closed in 1996—and reopened in 1998 as the first adult charter school. Briya began in 1989 “as a family literacy center for immigrant refugees” and is now a four-campus charter school chain, specializing in classes that teach parents (or grandparents) and children together.

For example, in 1985 the Church of the Saviour started the Academy of Hope as a nonprofit. Lecester Johnson, the school’s executive director since 2006, said the academy became an adult charter school in 2014 so they could ensure steady funding. As a nonprofit, she wrote, the school’s budget was about $2,000 a year and many jobs were done by volunteers. With the extra money, the academy has been able to hire “a special education coordinator, a college and career specialist, and a case manager.”

But are all these government funds for adult charter schools a good idea?

This question can’t be conclusively answered because there isn’t a definition of what a “successful” adult charter school might be. Is it one where most students earn their GEDs? Is it one where a high number of graduates get jobs? The answer remains unclear.

It’s also unclear what would cause an adult charter school to be shut down.

The Latin American Youth Center Charter Academy was created in the 2012-13 school year, and recently the District of Columbia Public Charter School Board, evaluating the academy in a five-year performance review, threatened to close the school because they said that most students at the academy weren’t either earning their GEDs or graduating and getting jobs. The academy countered that their primary role was as a welfare provider and that if it was closed, its students wouldn’t get any services at all. The charter school board debated the issue for four months, and eventually decided to put the Latin American Youth Center under probation for the 2017-18 year, with the possibility that it would close in a year if it didn’t improve.

[1] Here we must credit many education reformers in the George H.W. Bush Administration, particularly Nelson Smith, for doing the legwork to ensure that the District of Columbia charter law is robust.