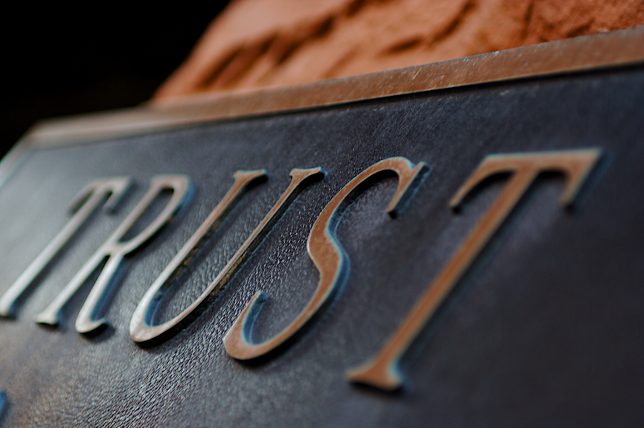 Perhaps the most obvious lesson conservative donors can draw from the Fidelity Charitable story is to beware of leaving wealth to a commercial donor-advised fund provider which may not honor the donor’s original intent. Givers should approach any DAF provider with an eye for certain “best practices” intended to keep the spirit of conservative or libertarian philanthropy alive when the giver is gone—and prevent that money from funding causes contrary to donor intent.

Conservatives might turn to DonorsTrust to safeguard that intent. The DAF provider is famous for directing over $1 billion in donors’ funds since 1999 toward nonprofits that honor the principles of limited government, free enterprise, and personal responsibility. DonorsTrust takes donor intent seriously. New account-holders are asked to fill out an intent statement intended to guide their gifts toward groups they support, both while they’re living and after they’re gone. Givers are encouraged to name an account heir to oversee that spending after their death, but the heir cannot alter the intent statement and, critically, cannot name a successor to follow them.

That’s because DonorsTrust provides the ultimate safeguard against donor intent gone awry: requiring a spend-out date for each of its accounts. DonorsTrust wants givers to know that it can be trusted to continue the giver’s philanthropy as intended and to establish a fixed sunset date for the given funds—one of the surest ways to protect a giver’s philanthropic vision. As DonorsTrust puts it, “shut it down“; ideally, with a plan to spend out charitable capital within 25 years of the donor’s death.

Left-wing philanthropists, of course, have their own slew of liberal DAF providers to choose from—mega-funders like the Tides Foundation and NEO Philanthropy to name a few—and that is perhaps for the best. The more that donor-advised fund money continues to concentrate in commercial DAF providers like Fidelity Charitable, the more it obscures the line drawn between these ideologically “neutral” providers and their mission-driven counterparts. That kind of wealth provides a huge temptation for commercial DAFs to pick and choose which grant requests they will honor, with huge ramifications for even slightly controversial organizations and the donors who want to support them.

Tides founder Drummond Pike expressed a similar sentiment in an August 22 op-ed in the Chronicle of Philanthropy, noting that “these ‘commercial’ funds. . . are essentially an asset-accumulation strategy dressed up as charities.”

Anyone who thinks any of these institutions decided to start offering donor-advised funds purely from a desire to prompt more giving to nonprofits needs a lesson in altruism. . . .

Greed should be relegated to its more familiar environs exclusively within the financial world. It has no place in philanthropy.

Pike has a point. Instead of putting their money into commercial DAF providers, givers might choose to invest their money with providers which share their values, like Tides on the left and DonorsTrust on the right. After all, liberal givers know not to leave their money with the latter, just as conservative givers understand not to fund the former.

That may make these groups strange bedfellows—more like sporting rivals than implacable enemies. But it also does something much more important: it promotes good, old-fashioned philanthropy.