“Certificates of public convenience” protect the powerful, not the public 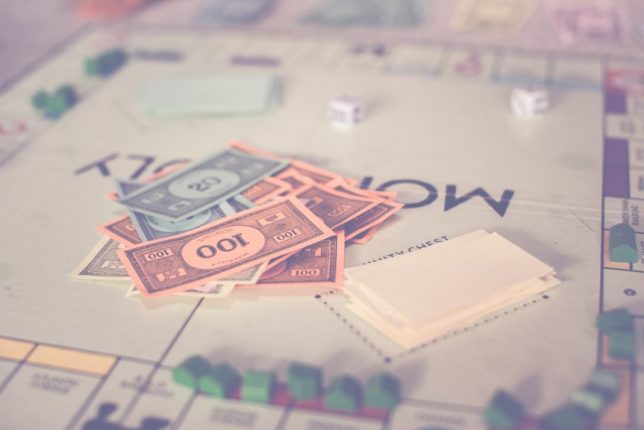 Now that the election is over, it’s clear that one reason for Donald Trump’s victory was that a great many Americans have been out of work for a long time and want to re-enter the labor force. We can have an argument about what the best ways to stimulate job growth are. But we ought to start off with sensible reforms that Democrats and Republicans can agree on—beginning with the notion that government-imposed barriers that prevent people from starting or expanding their businesses have to go.

One of these barriers is occupational licensing. I’ve written how licensing barriers are so stupid that even the Obama White House issued a good report attacking them, as well as discussing Weekly Standard managing editor Eric Felten’s informative look at the battle over reducing occupational license regulation in Arizona.

But until I read this op-ed by Pacific Legal Foundation attorney Anastasia Boden in the Washington Post I did not know about another regulatory barrier to free enterprise—“certificates of public convenience and necessity”—that also needs to be repealed.

Certificates of public convenience and necessity, or what their foes call a “competitor’s veto,” work as follows. Suppose you have a business in one state, and you want to expand your trade to a neighboring state. You have to get permission from a state regulator declaring there is a “public need” for your enterprise before you can expand your business into that state.

Boden’s client is Arty Vogt, who owns a moving company based in Berryville, Virginia [1]. Vogt would like to do business in West Virginia, but can’t because regulators there say there are enough movers in the state and his company can stay out of the state.

Where did this idea come from? The leading expert on this regulation is Timothy Sandefur, who is a vice-president of the Goldwater Institute. He’s written a lengthy law review about certificates of necessity, but I found all the information I needed in a 2011 article Sandefur wrote for Regulation.

If you guessed that a certificate of necessity was another bad idea from the Progressive era, you win. They first came into existence in the 1880s. This was the age of railway construction, and the idea was if you didn’t control which railways were in a state, well, some random guy could just build a railway, and chaos would ensue. Moreover, the regulators of this era thought that you could “rationally” determine the proper number of businesses in a state.

Certificates of necessity are commonly used in the transportation business. States use them to outlaw taxis from entering markets and to block jitneys from competing against buses. A related regulation known as “certificates of need” regulates the number of hospitals allowed in a city.

Certificates of necessity were outlawed by the Supreme Court in New State Ice Co. v. Liebmann (1932), which invalidated an Oklahoma law that required ice delivery companies to get a certificate of necessity before operating in Oklahoma. Justice George Sutherland, writing for the majority, said, “the practical tendency of this restriction is to shut out new enterprises, and thus create and foster monopoly in the hands of existing establishments against, rather than in aid of, the interest of the consuming public. The aim is not to encourage competition, but to prevent it; not to regulate the business, but to preclude persons from engaging in it.”

New State Ice has never been overturned, but in Nebbia v. New York (1934), the court instituted a test called “rational basis scrutiny” which said that states could implement whatever economic regulations they wanted as long as it supported the “public welfare.” This vague rule left the states free to implement whatever regulations they felt like.

One surprising piece of history Sandefur unearthed in his research was in the famous Montgomery, Alabama bus boycott of 1955. When African-Americans boycotted the buses, Martin Luther King and his allies got taxi companies to agree to carry black passengers for the same ten-cent fare they would have paid on the buses. The Montgomery police commissioner said that this agreement was illegal because taxis in that city were required to charge a minimum fare greater than 10 cents.

King then organized “a network of volunteer drivers called the Montgomery Improvement Association,” whose members would have their gas and maintenance paid for by funds raised at church services. King tried to have his association get a license as a taxi company, but the city rejected it. The city of Montgomery sued to have the association shut down, and a state court agreed—the same day the Supreme Court declared Montgomery bus segregation unconstitutional. But because it took a month to implement bus desegregation, African-Americans had to walk to work—because the city used regulation to block the creation of reasonable alternatives.

As for competitor’s veto regulations, the Pacific Legal Foundation, according to their website has instituted lawsuits that have overturned laws in Oregon, Montana, and Missouri. Pennsylvania voluntarily repealed their laws after the foundation instituted their suit. Cases in Nevada, West Virginia, and Kentucky are pending. All of the foundation’s clients are moving companies except in Montana, where entrepreneurs wanted to start a shuttle bus service.

We ought to get rid of occupational licenses first, because they are keeping a great many people out of the labor force. But Boden’s piece told me that licenses are not the only ridiculous barrier preventing people from working. So we need to get rid of certificates of necessity as well.

[1] Here’s your fun fact about Berryville—it is, or at least was, where the Harry Potter books are printed. When Harry Potter and the Goblet of Fire came out, the Washington Post ran a story about how die-hard Potter fans went to Berryville to see if they could try to get an advance copy of the book.