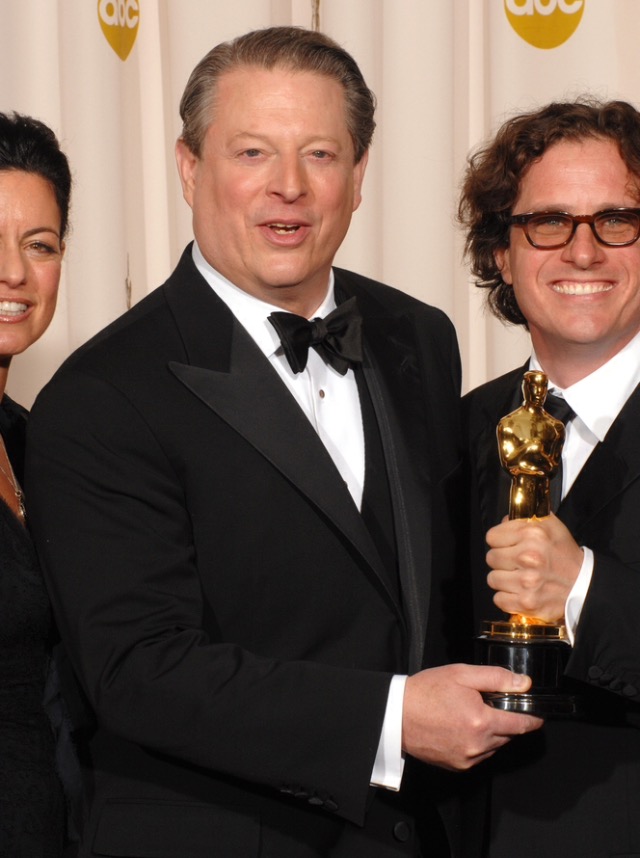 I’ve noted in the past how environmentalists have decided the best way to prove they are right is to call for bans on those who disagree with them. Last year I wrote about how Sen. Sheldon Whitehouse (D-Rhode Island) decided that climate skeptics were “racketeers” who should be sent to prison.

He’s apparently abandoned that idea, because he’s now teamed up with Sen. Elizabeth Warren (D-Massachusetts) in another Washington Post op-ed to say that the investigations by the attorneys general of Massachusetts and New York charge that “ExxonMobil violated state laws by knowingly misleading their residents and shareholders about climate change,” in part through the funding of climate skepticism.

In response to these subpoenas a group of Republican congressmen, led by Rep. Lamar Smith (R-Texas) have been socking eight environmentalist groups, including the Union of Concerned Scientists, the Rockefeller Family Fund, and Greenpeace, with subpoenas, demanding to know what their role is in blasting ExxonMobil.

It’s a time-honored tradition on the left that the hounding and harassment of pro-market groups is acceptable because liberals only act to advance the public good. But when right-wing groups do the same thing, they’re just tools of their petroleum paymasters.

Sure enough, this is the view Sen. Whitehouse and Sen. Warren take. “State attorneys general are investigating whether a fraud has been committed—something state AGs do every day,” they write. But Rep. Smith is not only a tool of Big Oil, “he is using his committee to harass the investigators and bully those who dare bring facts of possible corporate malfeasance to their attention.”

Liberals don’t use government to bully and harass people they don’t like, you see—only conservatives do.

Let’s ask a simple question. What crime, exactly, is being committed here? How is ExxonMobil “committing corporate fraud?”

The senators do not answer this question, even though it’s crucial to the debate. If ExxonMobil is allegedly committing a crime, shouldn’t we know the charges?

According to the senators, two reports from the Union of Concerned Scientists should tell readers what they need to know about the guilt of the climate skeptics. Here is a link to the second report, from 2015.

Most of the charges the Union of Concerned Scientists (UCS) repeat date from the previous century. They remain obsessed by a 1998 memorandum in which consultants propose spending a lot of money to promote climate skepticism. But as I have previously noted in my earlier piece about Sen. Whitehouse, there is no evidence that anything in this proposal was ever implemented.

One recent case the UCS discusses is that of Willie Soon, who apparently was getting money from ExxonMobil while working for an affiliate of the Smithsonian. I will punt and say that I do not know enough of the details of the Soon case to have an informed opinion about it. I do note that the UCS ignores the similar case of Jagadish Shukla, who is currently being investigated by George Mason University about how he managed to run an environmental think tank which got grants totaling seven figures from various government agencies while simultaneously teaching full-time. As I understand it, it’s a crime under Virginia state law for professors to work for universities full-time and run businesses part-time. The Wall Street Journal editorialized about the Shukla case this past March.

The most ludicrous charge the UCS makes is on a chapter on the American Legislative Exchange Council. The council’s crime was at their 2014 conference, they had a speech by Joseph Bast, president of the Heartland Institute.

What did Bast do? “Bast falsely claimed that ‘there is no scientific consensus on the human role in climate change”….Equally notable, Bast disparaged the work of the IPCC (the Intergovernmental Panel on Climate Change)—among the world’s largest and most respected scientific bodies with experts from more than 150 countries.”

When Bast says “there is no scientific consensus on the human role in climate change,” he is expressing his opinion. Does the Union of Concerned Scientists believe that some opinions about climate change should be outlawed? Does the organization think that the Intergovernmental Panel on Climate Change can’t be criticized? What, in their view, makes the IPCC infallible?

I’m not going to link to the UCS’s 2007 report, which has material even older than their 2015 analysis. But I will note their denunciation of Tech Central Station, a now-defunct website that, in the UCS’s view, “is a web-based hybrid of quasi-journalism and lobbying that helps ExxonMobil complete the circle of its disinformation campaign.”

I wrote two articles for Tech Central Station, which are still on the web at ideasinactiontv.com. The first piece happened after, in 2005, I went on a junket funded by the Marine Corps to Parris Island and wrote about what I saw. The second occurred two years later when I went to Baltimore to witness an all-day spectacle on a restored World War II Liberty Ship. I was paid for the first article and not paid for the second, and I don’t write for places they say they’ll pay me and don’t. In neither case did ExxonMobil tell me what to say. I did, however, watch a lot of petroleum being consumed by combustion engines.

Finally, a word to Attorneys General Eric Schneiderman and Maura Healey: just stop it. Stop investigating groups whose views you want to suppress. Let people say what they like, and use the vast powers of your offices for other activities.

Paris Accord Is Back On!?