While not all companies and corporations care about more than profit, some do. OE Custom is a furniture company that uses downed trees to create high-end wood furniture. 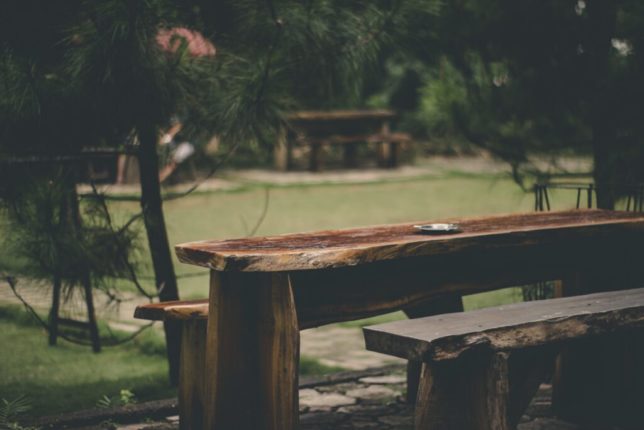 This article originally appeared in Philanthropy Daily on September 3, 2019.

One of the central questions of our time is about whether or not capitalism can serve a moral purpose beyond simply providing good jobs at good wages. There have been far too many stories interviewing workers at some presumably horrible profession—a burger flipper at McDonald’s, a worker in an Amazon warehouse—and then contrasting their lowly lot with the lives of one-percenters frolicking in luxury and leisure.

Both the Left and the Right are interested in getting employees more involved in corporations. In Britain, Labour leader Jeremy Corbyn comes from the old and tired school of having government seize the commanding heights of business and nationalize as many industries as it can get away with. I am grateful to Nonprofit Quarterly’s Steve Dubb for alerting me to this long piece by Andy Beckett in the Guardian about how leftist thinkers in Britain are trying to come up with ways for the state to encourage worker cooperatives and worker participation on corporate boards. The notion that a corporation is somehow better when the state runs it is, even in Jeremy Corbyn’s Labour Party, an obsolete 20th-century notion.

The idea of encouraging cooperatives as an alternative to capitalism is quite old. Karl Hess proposed these small-scale worker-owned enterprises in Dear America (1975) and Community Technology (1978). The argument people made to Hess at the time was, “Well, small scale businesses are good, but if all businesses were small, who would make a car?” Hess, I recall, never gave a persuasive answer.

I think the equivocal but accurate answer to “Can businesses serve a social purpose?” is, “Well, sometimes,” as Thomas Heath shows in this Washington Post piece about OE Custom, a company based in Arbutus, Maryland (a suburb of Baltimore) that recycles downed trees and turns them into high-end furniture.

What OE Custom does is recycle wood and turn old trees into high-end furniture.

The company began in 2001 when long-time friends John Ferrara, a critical-care nurse, and Paul Timmins, a “burned-out construction worker” and Eagle Scout, decided to go into business for themselves. They formed Odds and Ends Handyman Services. Ferrara kept his day job in nursing and did moonlighting as a handyman. Ferrara and Timmins bought and fixed up houses and did small repair jobs for many clients.

When the Great Recession hit in 2008, Ferrara and Timmins had a million dollars tied up in three houses. They eventually sold the houses and recovered their capital, but they realized that they needed to find another line of work. They eventually decided that woodworking was a good career path, because there was a shortage of good woodworkers in the Washington and Baltimore areas.

Ferrara and Timmins swiftly educated themselves, and the first table led to more work, and the birth of OE Custom, which takes “urban salvaged lumber” from the Washington and Baltimore areas and turns old trees into furniture, John Ferrara gets trees and oversees the mill; Paul Timmins meets with customers and handles social media and administration. There are six other employees and OE Custom has sales of about $1.5 million a year. Several of the employees, Heath reports, are musicians who appreciate the characteristics of fine old wood.

The wood OE Custom uses comes from construction sites or trees that have been downed in storms. A virtuous circle happens because construction firms are happy to have OE Custom cart away trees for free rather than using time and money to move the trees themselves. Many homeowners would prefer OE Custom cart away a tree and preserve some of the tree’s character as furniture instead of having the tree pulped.

The furniture OE Custom produces is expensive, with prices for many of the company’s products in the low- to mid-four figures. But part of the cost, like part of the cost of spirits, comes from the fact that wood is dried at OE Custom’s plant for up to a year, and stored wood doesn’t generate revenue while it’s in storage.

In my view, OE Custom does less for civil society than nonprofits that help recycle products and provide them to the poor. But they’re nonetheless a locally-owned enterprise that adds value to locally-produced resources. As such, the company should be commended.

What should foundations do to encourage businesses like OE Custom? Well, they can buy their products: two of OE Custom’s clients are the National Geographic Society and the Gates Foundation’s Washington office.

But to my mind, what nonprofits can do is to buy locally whenever possible, and to do so as part of their overhead rather than program-related investments. Is your nonprofit large enough to have a cafeteria? Then why not buy from local farmers? Why not encourage your staff to forward suggestions about local businesses that make products your organization needs and that can be supplied at reasonable prices?

I support foundations using some of their endowments as program-related investments to support productive enterprises. But the people who buy food, furniture, and office supplies for your foundation also have a part to play in providing business to local companies. Those orders can help ensure that your city can have a company like OE Custom grow and thrive.