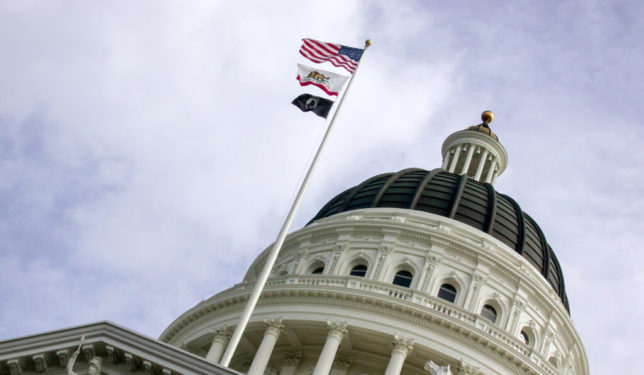 This article originally appeared in the Giving Review, a blog of Philanthropy Daily, on November 19, 2019.

California Gov. Jerry Brown in September 2018 signed a bill into law that requires private, publicly traded corporations based in the state to have at least one person “who self-identifies their gender as a woman” on their board of directors by the end of this year. It is the first state in the nation to mandate such a quota. There are now legal challenges to the law, and there are troubling implications for foundations and grantmaking if they fail.

By the end of 2021, the law forces private companies to have at least two self-identifying women on their board if they have five directors, and at least three women if they have six directors. Failure to comply is pricey: $100,000 for a first violation and $300,000 for subsequent violations. Companies that fail to provide the California Secretary of State with the required information verifying their compliance can also be fined $100,000.

According to a state-legislative analysis, there are 761 publicly traded companies headquartered in California—which historically has influenced the trajectory of state law around the country, of course. Last July, the California Secretary of State identified 537 that would fall short of the law’s mandated quota, if it’s allowed to go into effect. Since they are not publicly traded companies, neither private foundations nor nonprofit organizations would be subject to the board-makeup mandate.

A little more than a decade ago, the Greenlining Institute in Oakland promoted legislation that would have required foundations with assets of more than $250 million to publicly disclose the sex, race, and ethnicity of their board members and those of all their nonprofit grantees. Grantmakers were also to track grants made to particularly listed racial and ethnic groups.

As the Capital Research Center reported, the bill was withdrawn only after some of the state’s largest foundations promised to lavish millions of dollars over several years on nonprofits at work in minority communities. By making such promises in order to preserve their institutional independence, the major California foundations—the California Endowment, the Hewlett Foundation, and the Packard Foundation among them—might have gotten through the day, but they proved the effectiveness of Greenlining’s aggressiveness.

As we noted last year, now that the state has shown the political will to mandate sex quotas on private companies, if the legal challenges to those mandates fail, it should be considered likely by private foundations and nonprofits in California that they will be among the next organizations forced to meet quotas on their governing boards.

And then probably much more.

“We think that foundations have a lot of power in society today,” said Greenlining’s Orson Aguilar when discussing the foundation bill on talk radio in 2007, before it was withdrawn.

There are increasingly harsh critiques from commentators and some candidates on, well, wealth itself overall and the philanthropy generated by some of that wealth in particular. In this current context, it must now be noted, proposed laws to mandate certain, numerically specified percentages of foundations’ grantmaking amounts are even less hypothetical.

One might think that California Attorney General Xavier Becerra would be receptive to more governmental involvement in foundations. As a U.S. Congressman serving on the House Ways & Means Committee in 2008, Becerra almost threateningly told Nonprofit Quarterly that the nonprofit “sector has to control itself and act responsibly. … My message to the charitable community is you’re going to speak for yourself, your book of facts will determine how Congress will react.” The next year, he spoke positively about a set of criteria proposed by the National Committee on Responsive Philanthropy to evaluate foundations, including having to spend at least half of their grant dollars to help poor neighborhoods and minorities.

That sure seems like what Greenlining’s Aguilar might have meant when he said “equal dollar amounts” in ’07. Foundations in California and elsewhere can and should assume he did mean something like that, and that others will, too.