By Hook or By Crook: Conflicts of Interest 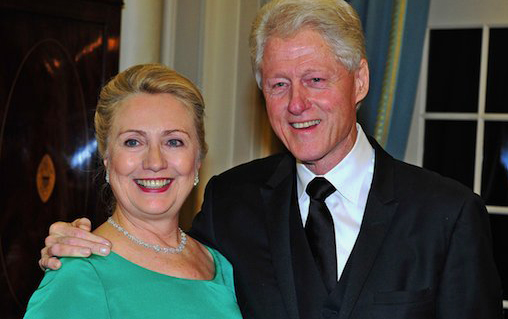 Bill Clinton began 2009 with one bit of unfinished business. One of his major backers after he left the White House was investor Ron Burkle, who ran a company called Yucaipa. The company had three investment funds. Clinton was an adviser to two of them and was a partner in a third, along with Burkle and Dubai Investment Group (YGP), which the Wall Street Journal’s John R. Emshwiller reported was “an entity that was part of the business empire of Sheikh Mohammed bin Rashid Al-Maktoum,” Dubai’s ruler. The Yucaipa foreign fund had paid Clinton $12 million as a partner and the other two funds had paid him $8 million as an adviser.

In 2007, the Yucaipa foreign fund decided to invest in Xinhua Finance Media, a company with connections to the Chinese government. Bill Clinton declined to participate in that investment and began withdrawing from Yucaipa. Clinton was waiting for a final payment from the company that was as much as $20 million, but which he decided to skip.

Clinton’s connections to Yucaipa and the Dubai government, Emshwiller reported, “attracted scant scrutiny during his wife’s confirmation process despite it being Mr. Clinton’s most direct financial tie to a foreign leader.”

The Clinton Foundation next helped bail out Hillary Clinton’s 2008 presidential campaign by spending $274,000 on the campaign’s donor list. “We are always looking for ways to expand that donor base,” an anonymous spokesman for the Clinton Foundation told the Wall Street Journal.

Occasionally, the press even reminded readers of the Clinton Foundation’s questionable donors. One case took place in October 2009, when Canada’s McGill University awarded Bill Clinton an honorary doctorate. Clinton gave an hour-long talk, saying, “The great thing about not being president anymore is that you can say anything you want.” Thanks to Victor Dahdaleh, a McGill alumnus and trustee who was also a Clinton Foundation trustee, Clinton gave the talk for free: Dahdaleh had given the foundation over $1 million. (It was Dahdaleh who placed the doctoral sash over Bill Clinton at the ceremony.)

Marc Weinstein, vice-principal for development and alumni affairs at McGill, told the Montreal Gazette “we knew we had an alumnus who was working very closely with Mr. Clinton and who was a personal friend. Somehow, all the stars were aligned and the alumnus was able to persuade Mr. Clinton to come. There was no cost, no fee, no transaction whatsoever.”

The Gazette noted, however, that Dahdaleh was being investigated by the Justice Department at the time on charges that companies he owned had helped the Australian subsidiary of Alcoa get a contract to supply alumina to Bahrain’s state-owned aluminum-smelting company by bribing Bahraini officials. Dahdaleh and the company he owned, Dadco Group, were never charged with bribery in the U.S. He was, however, charged in Britain in 2011, when he surrendered his passports and agreed to nightly confinement in his London home. Dahdaleh was acquitted in 2013 after two prosecution witnesses refused to testify and a third changed his testimony. However, Dahdaleh’s British defense attorneys used in his defense a doctrine called “principal’s consent,” which said that Bahraini officials knew about the payments and that such payments were normal business practice in Bahrain at the time.

Alcoa, however, was found guilty of bribing people in Bahrain in 2014 and was fined $384 million. A 2016 investigation by the Canadian Broadcasting Corporation and the Toronto Star of the financial records known as the Panama Papers found that Dahdaleh was known as “Consultant A” in the Justice Department’s case against Alcoa. According to the Justice Department, “Consultant A” between 2005-2009 bought alumina from Alcoa of Australia and sold it to Alba, marking up the cost by $188 million, even though the middleman never actually handled the alumina. The Justice Department charged that “Consultant A” used some of the markup “to enrich himself” and spent “$110 million in corrupt payments to Bahraini officials.” Between 2002 and 2004, the Justice Department charged, Dahdaleh used another company he owned as a middleman between Alcoa and the Bahrainis, earning $79 million in fees in those two years.

Controversy also swirled over the Alavi Foundation, an Iranian-backed, American-based nonprofit that donated between $25,000 and $50,000 to the Clinton Foundation in 2008. In November 2009, the federal government seized many of the foundation’s assets, with U.S. Attorney Preet Bharara declaring that the foundation has “effectively been a front for the government of Iran.” The Washington Post reported in 2003 that “U.S. law enforcement and intelligence officials believe Alavi and its related institutions are a vehicle through which the Iranian regime keeps tabs on Iranians here, obtains data about U.S. technology, promotes Tehran’s views on world affairs, provides gathering places for pro-Iran activists and channels money to U.S. academics to gain a friendly reading on Iran.” In 2017 a jury ordered the seizure of the foundation’s most valuable asset, 60 percent of a skyscraper on 650 Fifth Avenue worth as much as $800 million. The government already owned the remaining 40 percent of the skyscraper after its nominal owner, Assa Corporation, was found in 2013 to be a front for Iran’s Bank Melli. (As of 2018 the seizure was being appealed.)

In the next installment of By Hook or By Crook, learn about the special access Clinton donors received in exchange for gifts to the Clintons’ charities.