By Hook or By Crook: What To Do With Bill? 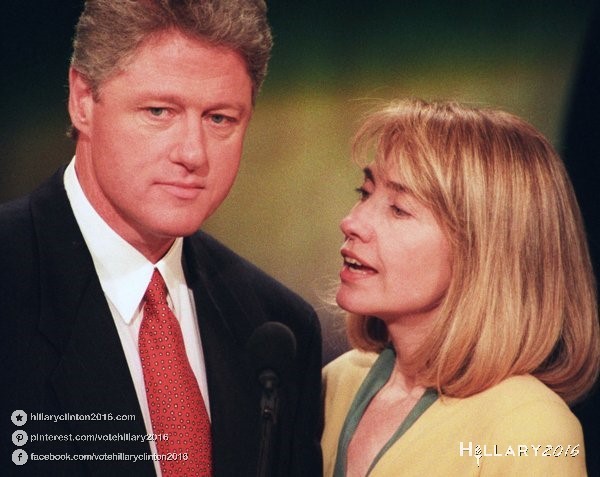 The years when Hillary Clinton was secretary of state were, at the time, surprisingly quiet. The press largely accepted Hillary Clinton’s statement that Bill Clinton “was not the secretary of state” and for the most part did not question Bill Clinton’s speeches or whether the organizations or individuals paying him exorbitant fees were doing so to curry favor with Hillary Clinton. A few questionable donors made the news, including middleman Victor Dahdaleh and hotel owner Sant Chatwal. But the press’s failure to adequately cover the Clinton Foundation between 2009-2013 was one reason the subsequent revelations of misconduct in this period were so damaging.

“Ms. Clinton’s parents have had an interesting way of celebrating major events. When each of them turned 60—he in 2006, she in 2007—the birthday became an occasion for serious rattling of the cups, with the money going to her political campaign or his foundation.

“Nothing like that, we have to believe, is about to happen when Ms. Clinton, 30, and her longtime beau, Marc Mezvinsky, 32, take their vows. Of course, there is no way to be sure about this. This wedding has been shrouded in such ostentatious secrecy—if that’s not oxymoronic—that anything is conceivable. Where is WikiLeaks when you really need it?”

As we’ve seen, the fundamental problem of the Clinton Foundation is that the foundation is a magnet for foreigners who may well wish their grants to be used to persuade Bill or Hillary Clinton to do things they would otherwise not do. The issue of whether or not these foreign donations influenced Secretary of State Hillary Clinton was a major theme of the 2016 presidential contest.

Both the New York Times Magazine and the Washington Post noted firewalls that Bill and Hillary Clinton said they put in place. New York Times Washington correspondent Peter Baker flew with Bill Clinton on a trip to Colombia and Peru in March 2009. Clinton explained to Baker that he cleared his foreign trips in advance with national security adviser Jim Jones. “I say, ‘Look. I’ve been invited to this place. These people will be there. Do you want me not to go?’ If they want me to make any points on their behalf, I’ll do it.” In addition, Clinton said he spoke with Vice-President Joe Biden about once a week and occasionally spoke with Obama administration officials such as Carol Browner, Lawrence Summers, and Rahm Emanuel, who had served in the Clinton administration. He said he had spoken to President Obama only once.

Clinton also observed that when trying to reach his wife, “I can’t always get hold of her. They changed all her phone numbers, and her phone doesn’t work inside the State Department building.” He added, “If she asks, I tell her what I think. And if there’s something that’s going on that I feel that I have a particular knowledge of, I say that.”

Baker did not ask Giustra if he was doing business in Colombia but reported that Giustra was still bothered by the 2008 reports about Kazakhstan. “Being called all these things by all these people who never met me—let’s just say this: I will never go into politics,” Giustra said. “That’s a contact sport. He [Clinton] accepts the world he lives in.” A report in the Washington Post in November 2009 discussed the firewalls the Clintons said they put in place. Bill Clinton didn’t go to the State Department very often and did not take part in an official State Department trip during the first ten months of Hillary Clinton’s tenure as secretary of state. When Hillary Clinton moved to Washington, Bill Clinton remained in Chappaqua.

In August 2009, during a trip to Congo, a student asked Hillary Clinton about her husband. “He is not the secretary of state,” Hillary Clinton declared, adding that she was “not going to be channeling my husband.” However, she told a Thai interviewer in June 2009 that she did occasionally discuss foreign policy issues with Bill Clinton, “because I really value his advice. But he’s so busy in his charitable activities right now that there’s no real connection between what he’s doing and my official capacity.”

The only area where the Washington Post found overlap between Secretary of State Hillary Clinton’s policies and those of the Clinton Foundation was in Northern Ireland. When the State Department named Declan Kelly the economic envoy to that region, Kelly asked Bill Clinton for help. Bill Clinton devoted a session of the 2009 Clinton Global Initiative to a panel on Northern Ireland where he and Kelly spoke; Kelly told the audience this was “a massive assistance to me in my role” as economic envoy. Kelly’s role in creating Teneo and promoting his clients at the Clinton Global Initiative was not known in 2009.

Bill Clinton, the Center for American Progress’s Lawrence Korb told the Boston Globe, “is in an impossible situation. If he steps out, or does things like Carter in the Middle East or Africa, does he undermine his wife? On the other hand, he’s such a great asset, do you want to say, ‘you’ve been president. Now go back to the farm?’”

In the next installment of By Hook or By Crook, learn about some of the more suspicious donors to the Clinton Foundation.