The Bogus Bipartisanship on a Carbon Tax 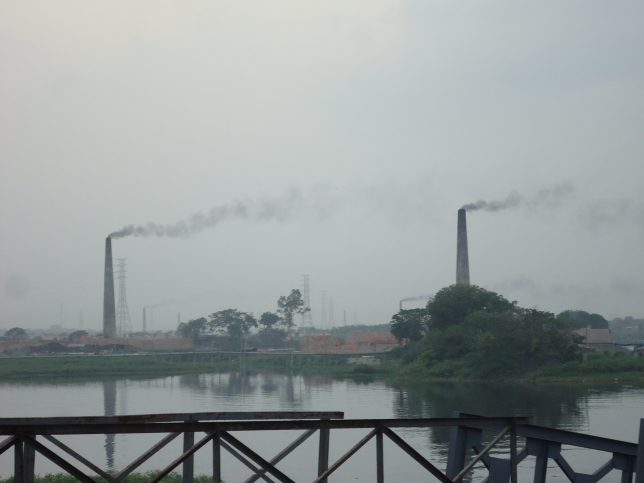 In Washington, D.C., “bipartisan” is a word in search of a definition. To some, it means teamwork—but to many conservatives, it’s come to mean “We lose, they win.”

CCL wants to “bridge the partisan divide” by lobbying Congress to adopt the most partisan legislation it can: a scheme to tax businesses on their carbon emissions. A “carbon fee and dividend” would reduce man-made “greenhouse gas emissions 52% below 1990 levels,” according to CCL, and prevent “over 230,000 premature deaths over 20 years” caused by rising global temperatures. And those revenues would be divided into equal dividends “paid to every American household [to] help ensure that families and individuals can afford the energy they need during the transition to a greenhouse gas-free economy.”

It would also cost the United States upwards of one million jobs and GDP losses exceeding $1 trillion by 2030, according to Heritage Foundation research fellow David Kreutzer. He noted that one such carbon tax proposed by liberal Sens. Barbara Boxer (D-Calif.) and Bernie Sanders (I-Vt.)—the “Climate Security Act of 2013”—would have cost the U.S. economy 400,000 jobs by 2016, cost the average family of four over $1,000 per year, and raised electricity prices by 20 percent in 2017 alone.

Nevertheless, conservatives’ failure to uniformly oppose Big Green’s favorite policy, a destructive tax on carbon emissions, has opened the door for groups like CCL to lobby for one. As late as July 2018, the notion of a Republican-backed carbon tax was strong enough to prompt Rep. Steve Scalise (R-La.) to introduce a resolution to the Republican-controlled Congress “expressing the sense of Congress that a carbon tax would be detrimental to the United States economy.” Only six House Republicans voted against the resolution and another voted present.

Although the resolution showed that the vast majority of congressional Republicans oppose a carbon tax, there’s arguably enough ambiguity among Beltway conservatives on the issue to embolden CCL and its allies to push global warming as a “free market” issue. The nominally right-of-center Niskanen Center—which has received significant grants from the leftist pass-through Energy Foundation and the scandal-ridden Silicon Valley Community Foundation—advocated a “Conservative Case for a Carbon Tax” in 2015, arguing that “conservatives should make a carbon tax a centerpiece of their environmental policy agenda” instead of continuing to debate the merits of man-made climate change:

It should surprise no one that the Left jumped all over the report, but what about the Right? In an interview with the Huffington Post, report author Jerry Taylor was puzzled that the conservative reaction to his work was unenthusiastic—but, “happily, I have heard near-universal agreement” from liberals.

No kidding. Instead of combatting the central issue—an unprecedented government bid to take over Americans’ lives and freedoms using a supposed climate apocalypse as an excuse—carbon-captivated conservatives like Taylor have ceded the issue to the enemy. By surrendering to the alarmist Left, Taylor is no longer debating whether government should seize total control over the economy, just which scraps it’ll throw his way in the process. Niskanen’s report is tantamount to calling the war off and inviting the foe over to plunder and pillage at his leisure.

Two of those men—George Shultz and former South Carolina Congressman Bob Inglis (who lost his seat in 2010 to Tea Party upstart Trey Gowdy by an astonishing 71%-29%, largely due to his views on global warming)—are members of CCL’s advisory board. So is Obama-era Energy Secretary Steven Chu, University of Massachusetts-Amherst professor of social justice Barbara Love, and those renowned climate authorities–actors Don Cheadle and Bradley Whitford (the latter’s qualifications include playing political advisor Josh Lyman on the TV show The West Wing).

The rest of the gang supports “bipartisan” carbon taxes. In a 2008 op-ed in the New York Times, Laffer—who later admitted he has “no clue whether global warming is correct or not correct”—called on then-President-Elect Barack Obama to work “with conservatives as well as members of his own party” to enact a carbon tax. Holtz-Eakin has argued that a carbon tax “should be included in any reform of the tax code.” Becker has called for a CCL-style “carbon dividend” to accompany the tax, which would result in a massive redistribution of wealth paid through the Social Security Administration. And Mankiw added his support by paraphrasing famed libertarian economist Milton Friedman: “A good rule of thumb is that when you tax something, you get less of it.”

Mankiw highlights the great irony behind a carbon tax scheme: making the government (and Americans who receive the dividend) increasingly dependent on a shrinking tax base.

While liberals have generally lauded a carbon tax as a surefire solution to global warming, Inglis and Laffer have generally focused on it as “revenue neutral” policy. “Families don’t need an enormous, and hidden, tax increase,” they wrote in 2008, so a Republican carbon tax should be “coupled with an equal, offsetting reduction in income taxes or payroll taxes.”

But that sets up the country for disaster. After all, a key part of any carbon tax is an annual increase in the tax rate on every carbon ton, in order to do away with carbon emissions altogether some day. Even in the unlikely event that a carbon tax merely replaced existing taxes instead of adding to them, these tax hikes mean that America would hitch the federal revenues that pay for essentials like national defense to the very thing backers want to do away with: carbon emissions.

A carbon tax would target some 85 percent of the energy Americans consume daily from natural gas and oil, meaning it would force producers to move energy production to alternative—and vastly more expensive, less reliable—sources of energy like wind and solar. That would raise the price of every product produced, moved, or distributed using oil and natural gas—in other words, every product in the country.

And if the tax dividends proposed by carbon-taxers were paid out to every American family, the result would be the same: diminishing revenues (and dividends) and rising energy prices each year.

This scheme has been tried elsewhere, and, as usual, taxpayers foot the bill. In Canada, Prime Minister Justin Trudeau’s newly passed $50-per-ton carbon tax plan is estimated to cost households as much as $1,120 in carbon bills a year to meet the law’s requirements. It’s so exorbitant that the Liberal-controlled Canadian Parliament backtracked on August 12, promising to lower the tax in order to stop a flood of investment capital leaving the regulation-heavy country.

If Canada’s economic debacle offers anything to Americans, it’s proof-positive that a conservative carbon tax for the U.S. is a contradiction in terms—bipartisan or not.