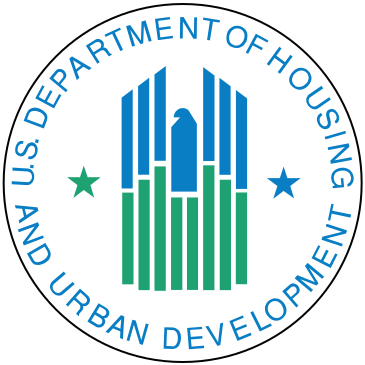 Educating Americans about their rights and obligations under longstanding federal law should be a broadly nonpartisan proposition, especially when the principles espoused by that law command near-universal bipartisan support. Nevertheless, a number of federal grantees under the U.S. Department of Housing and Urban Development’s (HUD) Education and Outreach Initiative program display overt left-leaning political biases and open hostility to HUD’s own policies and to the Trump Administration in general.

To combat the rampant housing discrimination that characterized the Jim Crow era, Congress passed the Fair Housing Act as a major component of the Civil Rights Act of 1968, allowing for federal enforcement actions against those lenders or landlords accused of violating the Act’s provisions.

Today, HUD operates the Education and Outreach Initiative program, which provides grants principally to nonprofit organizations in order to educate members of the public about their rights and obligations under the Fair Housing Act. In recent years Congress has funded this program at $7.85 million annually, though HUD’s 2020 budget request cut this by about 38 percent.

Like most every administrative effort of the Trump era, housing policy has fallen victim to hyper-partisanship, which extends even to some of the groups tasked with fair housing outreach. HUD’s Education and Outreach Initiative provides substantial federal grant money to near-militant critics of—and occasional litigants against—the Administration and its initiatives.

According to data available at USASpending.gov, in the four years from FY2017-FY2020, the largest recipient of Education and Outreach Initiative funding by far was a 501(c)(3) nonprofit called the National Fair Housing Alliance. Of the $18.6 million the Alliance has received from HUD since FY2008, about half has been awarded under the Education and Outreach Initiative, with nearly $2 million of that awarded since FY2017. These funds are used by the Alliance to support educational campaigns and materials that are made available online; the campaigns feature print, radio, and television public service announcements, brochures, and videos.

Despite this generous level of taxpayer funding the National Fair Housing Alliance has been at best suspicious of—and at worst downright antagonistic to—the Trump Administration and its policies. The Alliance had harsh words for Treasury Secretary Steve Mnuchin’s confirmation, decried the Administration’s attempt to end the Deferred Action for Childhood Arrivals (DACA) program as a “horrifying decision,” and strongly opposed efforts to roll back portions of Dodd-Frank. It was also deeply critical of HUD’s recent proposed changes to the Disparate Impact Rule; a rule that addresses liability for housing practices that have no discriminatory intent but nevertheless disproportionately affect a protected class without sufficient justification. The Alliance even went so far as to form a coalition with six other left-leaning organizations to oppose this rule change, railing that “The Trump Administration is attacking civil rights protections. . . . And this is just the beginning if we don’t stop this.”

In addition to its partisan rhetoric, the National Fair Housing Alliance is also an example of a grantee-plaintiff—an organization that receives a federal grant and then turns around and sues the same Department that gave them the money. In 2018, the Alliance was one of three plaintiffs in a lawsuit alleging that HUD had acted unlawfully when it delayed and modified implementation of certain aspects of the Obama-era Affirmatively Furthering Fair Housing rule, which HUD had found to be unworkable in practice. That lawsuit was quickly dismissed by a federal judge for lack of standing, though not before the taxpayer was placed on the hook for the associated defense costs.

Though undoubtedly the largest Education and Outreach Initiative grantee, the National Fair Housing Alliance is by no means the only agency partner that displays clear left-of-center partisanship. Many also happen to be among the 133 recipients of Legal Services Corporation funding—a network of legal aid nonprofits that has a long and ongoing history of taxpayer-funded progressive machinations. One of those legal aid groups is California Rural Legal Assistance, which has received $250,000 in Education and Outreach Initiative grant money since FY2018 (out of $850,000 total from HUD). California Rural Legal Assistance works with and funds several liberal advocacy groups, including one angling for mandatory medication abortion services on public college campuses.

The Mississippi Center for Justice, which took in over $930,000 in HUD grant money since FY2016—including almost $250,000 under the Education and Outreach Initiative program—has characterized federal immigration enforcement as “morally reprehensible.” The Center has also described the Trump Administration’s new regulatory guidance on the Public Charge Rule—a rule designed to ensure certain immigrants are unlikely to become dependent upon public aid programs after admission to the United States—as a policy “which aims to sow fear and reap chaos, cruelty, and increased racial and economic injustices.” (Never mind the rule’s obvious link to basic fiscal responsibility and economic liberty).

Perhaps the most openly political recipient of Education and Outreach Initiative grant money in recent years has been New Jersey Citizen Action, a 501(c)(4) nonprofit organization with a mission of combining “on the ground organizing, legislative advocacy, and electoral campaigns to win progressive policy and political victories. . . .” It counts among its affiliates and allies a slew of labor unions and activist groups including 32BJ SEIU, Planned Parenthood Affiliates of New Jersey, the Midwest Academy, the New Jersey Working Families Alliance, and BlueWaveNJ. From 2018-2019, New Jersey Citizen Action received $250,000 in Education and Outreach Initiative grants, while its 501(c)(3) affiliate, New Jersey Citizen Action Education Fund, took in an additional $250,000 from a related HUD program during the same period.

Another starkly leftist organization that received $125,000 under the program in 2019 is Asian Americans for Equality (AAFE). As the Capital Research Center’s Shane Devine has reported, in its early days during the 1970’s and 80’s the AAFE was closely associated with the Communist Workers’ Party, a radical Maoist political movement. In fact, one of AAFE’s founders and its former President (and current New York City Council member) Margaret Chin was identified by the City Journal in 1991 as a former Communist Workers’ Party member. These days, AAFE has adopted a more mainstream progressive ideology, organizing and advocating for New York’s widely-criticized rent control laws, denouncing and protesting against the Trump Administration’s immigration policies, and participating as panelists in town hall meetings with Rep. Alexandria Ocasio-Cortez (D-NY).

Ultimately, programs that command bipartisan consensus should be implemented in a nonpartisan way. Fact-based education on legal rights and obligations should be especially resistant to the unfortunate politicization of federal spending that accompanies power shifts in Washington. This makes the open biases displayed by some Education and Outreach Initiative grantees doubly-frustrating to a conservative taxpayer: frustrating that something as basic as fair housing opportunity has a political taint at all, and frustrating that a Republican administration continues to fund groups so openly hostile to its priorities. Grant money under the Education and Outreach Initiative, like so many other federal programs, should either be redirected to truly nonpartisan charities, especially local groups with close connections to their communities, or the program itself should be eliminated.