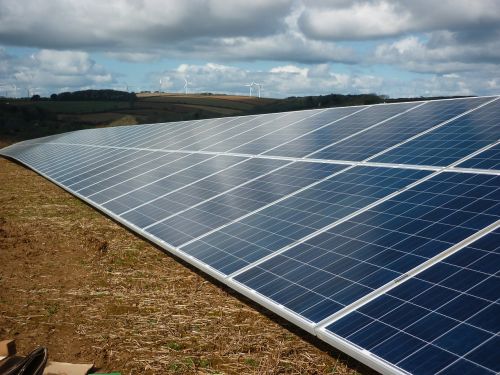 The 2,700-page Infrastructure Investment and Jobs Act (H.R. 3684) passed the Senate in August with support from 19 Republicans and all 50 Democrats and is being debated in the House. The bill would allocate $148 billion to climate- and energy-related priorities intended to support the Left’s expensive “resiliency” projects and make the country more dependent on problematic alternatives.

The Biden administration has already set a goal to force the electricity sector to reach net-zero carbon dioxide emissions by 2035. Because the “greens” are stuck in a 1970s mindset that leaves them ideologically opposed to nuclear energy, that means generating 4 trillion kilowatt-hours (kWh) largely from wind turbines and solar panels, which currently produce only 10.7 percent of the country’s electricity. Turbine and solar panel manufacturers will have a field day.

If you’re the Chinese Communist Party, that’s music to your ears.

Never mind that those “environmentally friendly” replacements to oil and natural gas are shipped to the U.S. on oil-burning cargo freighters or that Chinese solar panel production relies on forced labor by enslaved Uyghurs, a Muslim minority in the far west of China that Beijing has terrorized and imprisoned in internment camps.

Ethics aside, there’s the engineering issue of replacing 2.4 trillion kWh generated from fossil fuels with energy sources that, by their nature, produce power only intermittently. When the sun sets, solar panels stop generating power, and when the wind stops, wind turbines stop turning.

These realities are a huge problem when the electrical grid demands a constant, 24/7 flow of electricity able to ramp up and down as needed. Environmentalist fantasies about lithium batteries picking up the slack will remain dreams for the foreseeable future, considering the tiny amount of power they can store and their enormous cost in dollars and rare-earth resources. (Lithium is overwhelmingly produced in Chile, Argentina, China, and other poor countries.)

Trying to run a modern economy on wind and solar power is suicidal—which is why most calls for replacing fossil fuels with so-called renewables are really fig leaf proposals for adding natural gas to the grid to back up these unreliable sources.

Little wonder so many Big Oil companies have gotten into natural gas production while trumpeting the perils of climate change and joining advocacy groups supporting carbon taxes. Big Oil doesn’t really buy leftist howling about an impending apocalypse, but they’re happy to make a fortune going along with it.

For example, ExxonMobil was recently booted from the carbon tax–supporting Climate Leadership Council after a Greenpeace activist secretly recorded an ExxonMobil lobbyist explaining that ExxonMobil supports the tax only because it won’t ever become law. Global warming sure is great for big business, especially when the taxpayer foots the bill.

To help pay for it all, the infrastructure bill would raise the federal gasoline tax by 191 percent, from 18.3 cents to 53.3 cents. The federal government raised roughly $36 billion in gas taxes in 2019, mostly paid by working-class and middle-class drivers. (The average American drives over 13,000 miles per year.)

Gas prices are already at a seven-year high, driven in part by crude oil shortages that drove the price per barrel to over $80 this year for the first time since 2014, causing the U.S. to import the largest amount of Russian crude in a decade.

So what do we get from this self-inflicted pain? Not much.

The reality is that global carbon dioxide emissions will continue to grow regardless of what Americans—or Westerners—do in their own countries. Emissions are mostly driven by China, whose greenhouse gas emissions have grown rapidly year after year and now exceed those of all developed countries combined.

But rising emissions are also inevitable if developing countries in Africa, Latin America, and Asia improve their populations’ living conditions and access to 21st century amenities, including such basics as clean drinking water and clean air. It takes wealth and advanced technology to get rid of smog and dirty water, and there’s no greater way to lift people out of poverty than access to cheap electricity.

The pet policies of “green” Western elites would keep billions of poor people of color shackled to short lives of hand-to-mouth poverty—the kind of exploitative colonialism that liberals once abhorred.