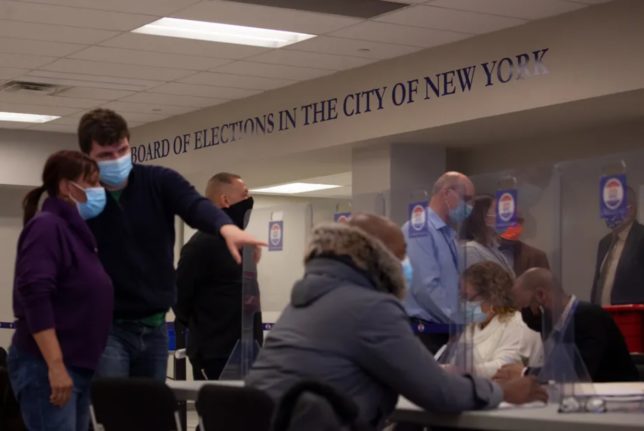 The sort of nerds who have very well-defined ideological views and work in public policy tend to support very rational, technical, and—most of all—complicated “solutions” to supposed problems that may either not exist or could be resolved satisfactorily with a much less complicated bodge.

New York City is demonstrating how one complicated “solution,” backed and exported to the rest of the country by millions of dollars in left-wing billionaires’ money, can fail catastrophically with its Charlie Foxtrot of a mayoral election count.

A Perfect Storm of Failure

New York City Democratic primary elections that were held on June 22 should have been the top-level demonstration of the superiority of liberal and left-progressive election administration. Mail-in voting was widespread, and ballots can still trickle in as of writing as long as they were postmarked by June 21. In-person early voting was available. Photo identification for voters was unnecessary. And in 2019, the city added the trendiest new “solution” to “save democracy”: ranked-choice voting, with the financial help of liberal billionaires like James and Kathryn Murdoch, Jonathan Soros, and Laura and John Arnold (through their Action Now Initiative).

First, a digression on how ranked-choice voting is supposed to work. Instead of selecting a single preferred candidate, voters rank all (or some) candidates in order from most preferred to least preferred. So, in an election among three pizza toppings, a voter might rank sausage first, pepperoni second, and anchovies third. If no candidate gets an outright majority of first preferences (50 percent plus one of the valid votes), the last-place candidate is eliminated, and their second-preferences are “allocated” to the remaining candidates.

In our hypothetical, say pepperoni got 45 percent, sausage got 40 percent, and anchovies got 15 percent of the first preferences. Anchovies would be eliminated, and any votes marked as second preferences by anchovy voters would be then allocated to the other two toppings. Whoever received the most votes would win (since there were only three candidates). If there were more candidates, the allocations would continue until one candidate cleared 50 percent plus one of the remaining valid votes—if a voter did not rank all candidates, once that voter’s preferences were exhausted that ballot would no longer count in the total vote count.

That brings us back to New York City’s Democratic mayoral primary. Last week, Brooklyn Borough President Eric Adams appeared to have a commanding lead after mostly in-person first preference votes were tallied. But there were still roughly 125,000 absentee votes, possibly undercounted in-person votes, and an unknown number of provisional votes outstanding. The city board of elections then released a tabulation-after-preferences showing Adams’s lead nearly evaporating—before retracting it when the board realized it had counted 135,000 “votes” that were actually test data and not real votes. Making things even more confusing, the board attempted preference allocations before all ballots were tabulated, which could change the outcome by changing the order of eliminations.

As of Wednesday, June 30, 2021, eight days after the election, nobody has any idea who will be the Democratic nominee for mayor (and given the city’s partisan bent, almost certainly the next mayor). The board of elections doesn’t even know how many votes have not been counted. In short, it’s a fiasco.

Billionaires Behind the Brouhaha

Joining them were two activist couples who want to take the ranked-choice system nationwide: John and Laura Arnold and Kathryn and James Murdoch. In addition to the New York City ranked-choice referendum, the Arnolds with their Action Now Initiative and the Murdochs with their project Unite America have backed a successful adoption of ranked-choice in Alaska, an unsuccessful attempt to push the system in North Dakota, and a seven-figure failed effort to convince Massachusetts to adopt ranked-choice.

But as the billionaires look for the next state to pressure with “innovations,” New York’s debacle is a warning. Simple, consistent, and well-defined rules—like the ones Florida adopted after its “hanging chads” 2000 election debacle—that rapidly give full and accurate results build confidence in election outcomes, not galaxy-brained “innovations.” Extended deadlines for mail-in ballots, elections officials not knowing how many ballots are left to count a full week after the election, and other grants of discretion and delay breed mistrust in the outcome that demagogues can exploit.

So keep it simple, count quickly and accurately, and don’t adopt billionaires’ magic “fixes” that make everything more complicated.