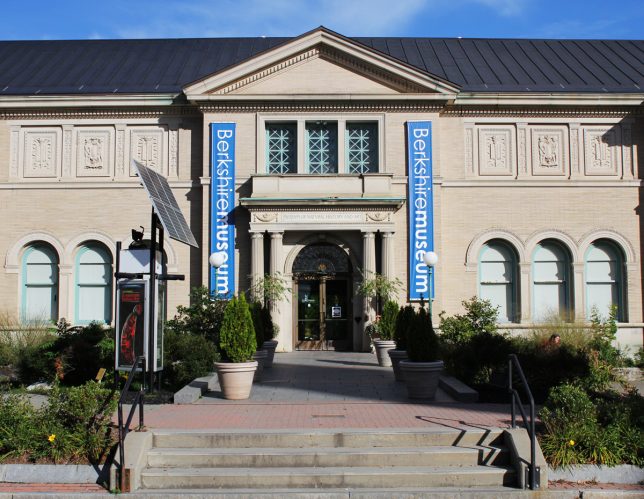 The Berkshire Museum’s trustees just won court approval to sell 40 artworks from the museum’s collection—including an iconic Norman Rockwell painting donated by the artist himself—to stabilize its finances.  The small nonprofit museum never quite recovered from the Great Recession; auctioning iconic pieces appeared to be the only way to ensure the museum’s future. Its survival, however, seems to hinge on a new vision for the local landmark. The future of the institution might be secured, but the integrity of the founder’s legacy is in doubt.

Paper magnate, Zenas Crane, founded the Berkshire Museum to create a “window on the world” for the Berkshire Community. But the question of how to carry out this mission has riled the local community and the art world alike. Influencers such as the Rockwell Family and Antiques Roadshow appraiser Martin Gammon strongly objected to the sale on a number of grounds, including the precedent such a sale sets for other struggling museums with valuable art collections.

What’s worse is that the proceeds of the Berkshire firesale won’t go towards expanding the collection or preserving art. (In many museum circles, this is the only appropriate reason to sell artwork from permanent collections.) Instead, proceeds will plug holes in the museum’s budget, and fund an expansion that includes multimedia exhibits and interactive presentations with a new emphasis on local ecology, science, and history—part of the museum trustees’ new vision. Art will take a back seat, as the sale will diminish the educational value of the museum’s collection. The plan ostensibly still creates Crane’s “window.” (In fact, the planned aquarium expansion will multiply the windows!) But is this what Crane envisioned for Berkshire?

Crane is not the first philanthropist to leave behind poetic visions with little guidance on how to carry out his mission. But even if he had left crystal-clear instructions, past art museum scandals show that nonprofits and lawmakers alike will violate a donor’s intent to capture the cultural and financial advantages of controlling priceless artworks. Just ask Dr. Albert Barnes.

Martin Morse Wooster’s latest edition of How Great Philanthropists Failed and You Can Succeed at Protecting Your Legacy reports on the continued devolution of the Barnes Foundation. Its stunning collection of French impressionist art was effectively seized and relocated to Philadelphia by the Pew, Lenfest, and Annenberg foundations—with significant help from the Commonwealth of Pennslyvania—despite strict instructions from Barnes to the contrary. Barnes’ wishes were incidental, while there were millions to be made by turning Barnes’ exclusive art collection into a commercial tourist trap. In the beginning, the foundation at least appeared to preserve Dr. Barnes’ original educational mission, but as Wooster points out, “in 2016, the educational programs were reorganized to emphasize ‘a broader interpretive paradigm’” that little resembled Barnes’ vision.

Relocating, recontextualizing, or breaking up art collections is a delicate matter for museums, even if donor intent is clear. The “curiosity shop” feel of Crane’s museum will succumb to a modern-day play laboratory for children. The museum claims it will provide educational resources that local public schools can no longer afford. But in STEM-saturated schools, it hardly seems that science is the subject that needs bolstering. Maybe that means revenue from school field trips will be more reliable.

The ambiguity of Crane’s “window on the world” instruction may permit the trustees to sell the artwork, but as art and the humanities continue to lose favor in public education, one wonders if it would better serve the community to hold onto significant artworks—especially pieces with ties to the area. One thing is certain, however, Berkshire is not a safe repository for artistic treasures. Zenas Crane made the mistake of leaving unclear instructions. Other art collectors—and donors of all stripes—should not be so careless.