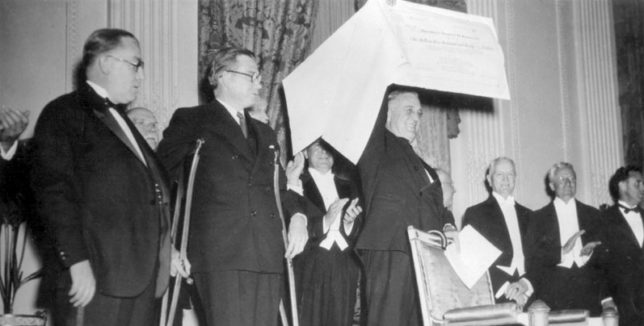 The coronavirus pandemic has raised many serious questions regarding the roles of the public and private sectors in securing societal well-being. These include questions about the nature and scope of those roles, the extent of authority exercised by those filling them, the degrees to which the sectors can and should interact with each other, and the standards of accountability to which they should be held as they do so.

University of Chicago sociology professor Elisabeth S. Clemens’ comprehensive Civic Gifts: Voluntarism and the Making of the American Nation-State impressively details how these same questions have been asked, and answered, under different circumstances throughout U.S. history. Clemens thoroughly examines how civil society has related to the state, and whether they can stand apart even if they want to do so. She explores whether they—whether we, really—can together develop and sustain a shared sense of nationhood despite all the differences with each local community, state, and the nation as a whole. 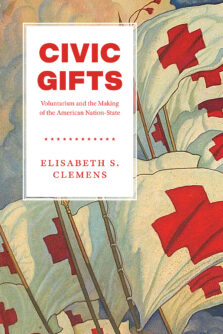 Civic Gifts thus necessarily—and knowledgeably and intelligently—considers, in some depth, notions of civic benevolence, philanthropy as gift-giving, and the building of American identity.

Small and Big Support, and a Sense of Solidarity

The book’s introductory, Depression-era “case study” of sorts is the 1934 creation of what became the March of Dimes for the care of polio victims and research toward a vaccine. “Its complex choreography of civic and business groups focused on” President Franklin D. Roosevelt “—always recovering, never a cripple—as a symbol of a nation still reeling from its own social and economic afflictions,” according to Clemens. “At this time of crisis, voluntarism and the organization of civic benevolence proved to be powerful social technologies to mobilize collective action and generate a sense of solidarity.”

This kind of civic benevolence was “transformed by the unprecedented wealth that gave its name to the ‘Gilded Age’ of the late nineteenth century,” she writes. “By the early twentieth century, the fortunes of figures like John D. Rockefeller Sr. and other titans of the new industrial economy profoundly challenged established understandings of the relationship between private giving and public purposes.” An updated, inflation-adjusted version of this phenomenon may currently be taking place.

“These philanthropic efforts raised the specter of private wealth determining political outcomes” and drew Congressional attention, Clemens goes on. “Private philanthropy was clearly not a straight path to public approval. The trade-offs among liberty, national power, and great wealth surfaced in debates surrounding the propriety of the endowed foundation in a democratic polity.” Also echoes of these debates now, of course.

After Congress denied a federal charter for a Rockefeller foundation in 1913, as recounted by Clemens, the Federal Commission on Industrial Relations investigated Rockefeller and other philanthropies in order “to ascertain if they were a menace to the Republic’s future.” That’s another echo you’re hearing. Or Anand Giridharadas.

Rockefeller got its charter from the state of New York instead. More generally, the New York charter “capped a period in which private foundations were repeatedly transformed into foundations in perpetuity: recognized in law, subsidized through tax provisions, and committed to some public purpose,” Clemens writes.

Because the benefactors of these foundations—or their survivors—were also likely to be at the center of webs of municipal benevolence, a new node in the intersecting networks of civic, political, and economic power was now in place. On the eve of the U.S. entry into the First World War, a framework had been established for linking small individual contributions and major donations as well as circuits of municipal and national solidarity to the federal agencies.

Relief Not as Charity, but a Right of Citizenship

Civic Gifts also tells how FDR’s New Deal regarded substantial public funding for economic relief not as charity, but as a right. The New Deal rejected the equation of relief with dependency and any negative connotation, consciously placing it instead within a positive concept of full American citizenship, in Clemens’ narrative. The new, expanded rights of national citizenship, in effect, displaced the previously existing models of voluntary efforts and private charity in public employment programs.

There may be government-growing policy parallels on the way, by the way, what with rights-based calls for Medicare for All and large parts of the Green New Deal, among other proposals gaining ground.

Clemens deftly, and favorably, winds her way through an again-detailed description of the New Deal labyrinth of federal institutional mechanisms that massively supplanted charitable relief with this right to relief. It left in place a complex collaboration between public and private funding, and a muddled role for philanthropy that was confusing and difficult to negotiate. Here too, potential present analogues.

She properly cautions against oversimplification. “[T]o accept a stylized picture in which private charity enters the Depression and the framework of a modern welfare state comes out at the other end, misses the complex politics over the division of labor itself,” she writes. “In addition to establishing the foundational components of a welfare state—a set of entitlements or rights—” policy battles of the time “transposed practices and templates from the world of charity into public programs. … From the exclusion of agricultural and domestic workers from core social insurance programs to the moral policing of women receiving Aid to Dependent Children, elements of what had been voluntary practice became embedded in public policy.”

A Cost and an Issue, Solidarity, and Identity

There have been human, social, and economic costs to bear for what, only beginning with the New Deal, has happened to the roles of the public and private sectors in securing societal well-being. The Manhattan Institute’s Howard A. Husock has written, non-oversimplifyingly, about some of them. And Indiana University’s Leslie Lenkowsky noted them in his recent Wall Street Journal review of Clemens’ book.

One of the costs incurred by changing the relationship between voluntarism and government has been an unfortunate undermining of Americans’ sense of reciprocity with each other, of their—our—sense of civic duty. Our solidarity.

Our discomfiting last six months of coronavirus concern—combined with such distressing civic unrest—sure seem to suggest that any sense of civic duty, that we are all in this together, may be difficult to recover. Ultimately, though unfortunately maybe not too ultimately, America’s national identity is at issue.

The questions and concerns Clemens addresses so well in Civic Gifts should help inform how we think about and deal with this incurred cost, and this identity issue, during the coming months and years. Not an echo now.

This article first appeared in the Giving Review on July 30, 2020.