Benefiting from Information at the Philanthropic Top of a Pyramid

Or what used to be a pyramid—and may be again, albeit pixelated 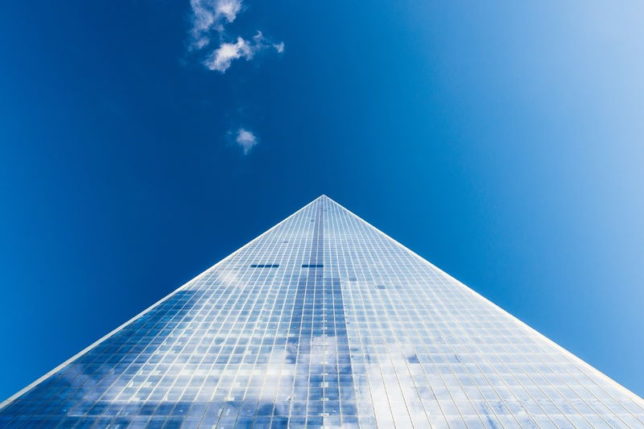 “What a lot of people think of as raw IQ from CEOs is actually a) access to information from smart people,” and “b) the compounding effects of (a),” former Twitter and Facebook product developer Sriram Krishnan insightfully told Sarthak Haribhakti during an interesting and wide-ranging interview last month.

“When you’re the founder/CEO of an iconic company, you can tap into the knowledge/expertise/raw intellect of the top percentile in any field of your choosing,” according to Krishnam. “The compounding effect of that is remarkable because you can sit at the intersection of many domains and see patterns very few can.”

When I read the Krishnam remarks, I thought of one of my old bosses, Mike Joyce—the first president of Milwaukee’s Lynde and Harry Bradley Foundation, on the program staff of which I worked for almost two decades. Given his position at the philanthropic top of what might be considered the conservative-intellectual pyramid, Joyce had access to a lot of information from many smart people—almost all of them either existing or would-be grant recipients of the Bradley’s. He gathered wisdom, knowledge, insights, and judgment. There might’ve been some self-serving gossip, too.

The genuinely and wide-rangingly curious Joyce tapped into that information masterfully, making connections and seeing patterns that others were not in a position to make or see. It improved the foundation’s giving.

Technological Advances and a Different Way to Add Value

That was a while ago. It might be the case that the new information technologies that have been developed since then have devalued this informational coin of the realm a little bit. Given the Internet, pretty much everyone had access to the same wisdom, knowledge, insights, and judgment. Maybe even the gossip.

Being at the top of the pyramid was of less value than before. Others could easily match informational wits with you. In fact, there was too much information to easily manage and leverage; any added intellectual value came from knowing how best to take advantage of the informational overflow. The benefit from a good executive now included his or her having the talent to take the best and most-relevant info, and discard or discount the rest.

The pyramid was flatter. The money and prestige putting people at the top didn’t get them as high above the rest as before.

Joyce was, in fact, good at sorting out information, too. I think he probably would have been equally masterful in, well, let’s say “handling” youthful conversation partners enthusiastically citing to him a tweet from 10 minutes ago as if it mattered, as if they knew something important that he didn’t and about which he needed to informed.

Back to the Future

Compared to now, however, the disruptive information-technology advances were occurring in smaller increments 20 years ago, when Joyce left Bradley. Perhaps the wider and faster flow of info would’ve flooded over our conceptual pyramid, rendering its angles irrelevant.

Or, perhaps the technology itself is now starting to revive them, maybe even increase them—re-heightening the pyramid. Given paywalls and subscription-based news sources, “[t]he media landscape … may come to resemble what it looked like before the internet, where it was difficult and expensive for any one consumer to traverse a wide range of viewpoints,” according to an intriguing article by Mark Hill in Wired last month, “Paywalls, Newsletters, and the New Echo Chamber.” Anna Wiener well-covers some of the same issues in a subsequent New Yorker piece about Substack later last year.

“Unless readers are willing to spend a lot of money—and substantially more than they spend on watching videos—it simply won’t be financially viable for them to consume a lot of internet content,” Hill writes.

A pixelated version of the pyramid during Joyce’s period at the top of it may be returning, in other words, and Krishnan’s observations might easily apply in the philanthropic context again. I’d say Joyce would still be able to handle any arrogant citation of a tweet from 10 minutes ago as if it were important, though.

(Hat tip to Farnam Street’s Shane Parrish, who included the Sriram Krishnan quote in one of his recent “Brain Food” weekly newsletters.)

This article first appeared in the Giving Review on January 8, 2021.