Are the Programs You Support Building Trust—Or Destroying It? 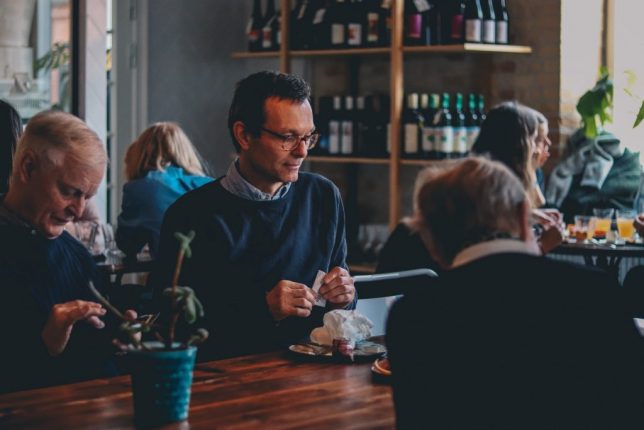 Megan McArdle, to my mind, is one of America’s more thoughtful and intelligent commentators on public policy and economics. I’ve written about her work in the past, including a review of her book The Up Side of Down and an analysis of her report on how Salt Lake City and the Mormon Church help the poor.

She was with Bloomberg for many years, but has now joined the Washington Post, which I think is a smart move on the Post’s part. But her last piece for Bloomberg is a report about Denmark.

Her premise is this: Salt Lake City is a conservative place, with strong emphasis on charity and self-reliance. Denmark is a place liberals admire. As Sen. Bernie Sanders noted in a 2015 Democratic presidential debate, when asked what his ideal of democratic socialism was, he responded, “I think we should look to countries like Denmark, like Sweden and Norway, and learn what they have accomplished for their working people.”

Do Denmark and Utah have anything in common?

According to McArdle, the answer is this: in both areas, people trust each other. Utah is a state where people respect the state because bureaucrats efficiently deliver services, and don’t use their power to accumulate wealth or crush private initiative. Denmark is a country where people pay a lot in taxes, resulting in high prices (a Big Mac, fries, and a Coke will cost $10) and a large welfare state. But the lubricant that keeps Danish civil society humming is trust.

“So sorry, conservatives,” McArdle writes, “Denmark really does combine high wages with high employment, high taxes with prosperity, fiscal responsibility with high levels of government spending.” But liberals who want the U.S. to become Denmark will see their dreams dashed because “Denmark is so very, very Danish.”

“I was astounded,” McArdle writes. “It had never occurred to me that a government inspector wouldn’t approach the job with overwhelming hostility toward the inspected; it seemed never to have occurred to him that they would.”

So if you have a high-trust society, you don’t have to spend much time supervising your workers because you know they are competent professionals who can do their jobs. You pay your taxes, even if they’re high, but you can do this because you are a productive worker who earns her high pay. You can get on a train without passing through a turnstile or get food in a college cafeteria without paying a cashier because you know that people pay their fares voluntarily and don’t try to load up on free food because there isn’t a cashier watching.

But she says that the Danish system works well for Danes, but Denmark does a poor job assimilating immigrants. Immigrants have an unemployment rate six percentage points higher than Danes, in part because there aren’t many low-skill jobs at the bottom of the social ladder and those that do exist have high requirements. For example, the clerks at department stores all have competent English.

There are extensive training programs in Denmark, but Copenhagen Business School economist Birthe Larsen says “it’s hard to find the impact of training.” At best, Danish training programs produce what economists call “secondary effects.” Unemployed workers who have to get up every day and go to a training center are more likely to get a job than those who sit around all day playing videogames. But it’s leaving the house that helps get work, not anything that happens in job training.

Denmark has something every American wonk would like. At the Heritage Foundation, they’d like Denmark’s commitment to free trade, combined with relatively low corporate taxes and relative ease in starting a business. The Center for American Progress would be enthusiastic about Denmark’s large welfare state. Nationalists would like Denmark’s homogeneity.

But all these aspects of Danish society are part of a package. “Basically,” McArdle writes, “all the Danes I spoke to, from far-left Green Party types to market liberals, agreed that Denmark would be hard to duplicate without Danes.” Trust defines the Danish character.

McArdle spoke to Aarhus University economist Christian Bjornskov, who says the evidence suggests that Denmark was a high-trust country goes back to the 1930s, before the Danish welfare state was created. Moreover, he says, trust is something that is hard to create and easy to destroy.

Evidence from the General Social Survey supports Bjornskov’s point. The areas of lowest trust in the US, McArdle writes, are in the southern states bordering the Mississippi Delta, a region where slavery was at its most virulent. The areas of highest trust are the areas of New England where the Puritans settled and the northern part of the Midwest, where Scandinavian immigrants chose to live.

Since we live in a time where far too many Americans, fueled by social media, are perpetually outraged, it might be hard to build trust. But donors should ask themselves: are the programs we support advancing civil society in our country—or destroying it?

“Whatever Danish-style institutions you like”—the welfare state or its business-friendly economic climate—“you can’t get them by angrily vilifying the half of the country that disagrees with you,” McArdle concludes. “These institutions, it turns out, can’t be built with policy papers or political activism. They can only be built through better interactions with each other, one neighbor at a time.”