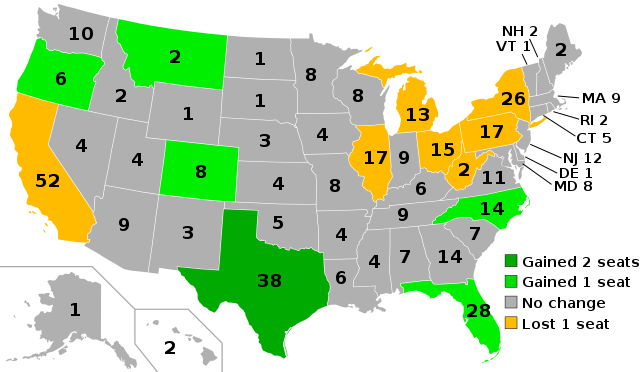 With the 2020 Census behind us the country looks to the looming battle over the future of its congressional and state legislative districts for the next decade. But “dark money” activists are working to ensure that those maps give Democrats a built-in advantage.

The redistricting process occurs after every decennial census, when the 435 seats in the U.S. House of Representatives are reapportioned among the states to reflect population changes over the previous 10 years. States redraw the maps of their congressional and state legislative districts. While the laws vary from state to state, it’s always an inherently political process. Whichever party holds the reins of power in a state effectively controls the redistricting process. In today’s hyperpolitical environment that means a stream of accusations from both sides accusing the other of “gerrymandering,” or drawing maps that unfairly favor one party over the other.

In the past the U.S. Census Bureau transmitted its census data by April, but the bureau recently announced that COVID-19 had delayed the process, and it would transmit the data by  September 30. Since the redistricting process and reapportionment of House seats can’t begin until the data are received, the battles over redistricting could be postponed until late 2021 or even 2022.

In the 2020 election, Democrats failed to capture a single state legislative chamber, while Republicans picked up two: the New Hampshire Senate and House of Representatives. Republicans now control 61 chambers and 54 percent of all state legislative seats nationwide. Among Democrats’ missed targets in 2020 were Texas, North Carolina, and Florida, which retained Republican majorities—putting the redistricting process for their estimated 82 congressional seats firmly in Republicans’ grasp after the coming reapportionment.

After the 2020 elections Republicans now enjoy trifectas—or control the governor’s mansion and both state legislative chambers—in 23 states, while Democrats have trifectas in 15 states. This means the minority party in a trifecta state has effectively little-to-no say in the redistricting process.

Regardless, the Left is taking no chances. The Capital Research Center has reported extensively on former Attorney General Eric Holder’s litigation group, the National Democratic Redistricting Committee, and its plan to gerrymander America to favor Democrats.

And “dark money” activists from Arabella Advisors’ $731 million nonprofit network are working behind the scenes to help him. Meet the Redistricting Reform Project (RRP), a “pop-up” campaign run by the New Venture Fund, Arabella’s flagship nonprofit, dedicated to reengineering the redistricting process to help leftists.

RRP is led by Cathy Duvall, a professional activist and redistricting consultant in Washington, DC. She’s a board member for the State Innovation Exchange—the Left’s answer to the center-right American Legislative Exchange Council (ALEC)—and a former senior staffer for the Sierra Club, the get-out-the-vote group America Votes, the Public Interest Network, and the Democratic Congressional Campaign Committee (DCCC).

RRP is so obscure it doesn’t even have a website, although it seems to date back to 2013. Yet the group is prominent on the websites of a number left-wing donor affinity groups focused on the 2020 Census. These are groups whose members include notable left-wing foundations and mega-donors who meet regularly to coordinate spending on particular issue areas.

In 2018, RRP hosted a panel for Grantmakers Concerned with Immigrants and Refugees on “the implications of the census citizenship question on reapportionment and redistricting.” While details aren’t available online, the clear implication is that, if leftists could force the Census Bureau to count illegal aliens in the 2020 Census, it would boost congressional representation in states with high populations of illegal aliens—such as California. Note the attendees: United Philanthropy Forum, Environmental Grantmakers Association, the Bauman Foundation, and the Funders Committee for Civic Participation—all major donor affinity groups or funders.

The latter two groups are critical to understanding the Left’s strategy with the census and redistricting.

The Funders Committee for Civic Participation (FCCP) is comprised of roughly 90 left-wing mega-funders such as the AFL-CIO, Tides Foundation, Ford Foundation, and George Soros’s Open Society Foundations—groups so wealthy their combined estimated 2016 expenditures exceeded $6 billion. FCCP doesn’t exist to move money; it’s a coordinating hub for these ultra-wealthy groups to strategize how they’ll collectively fund the Left’s campaigns to increase minority voter turnout in elections and in the 2020 Census, setting up Democrats to control the 2021 redistricting process (which obviously didn’t go according to plan). FCCP even uses an Integrated Voter Engagement model ranging from “organize & mobilize communities,” to “register voters,” to “hold elected officials accountable,” to “achieve policy impact”—all in the name of promoting “fairness.” 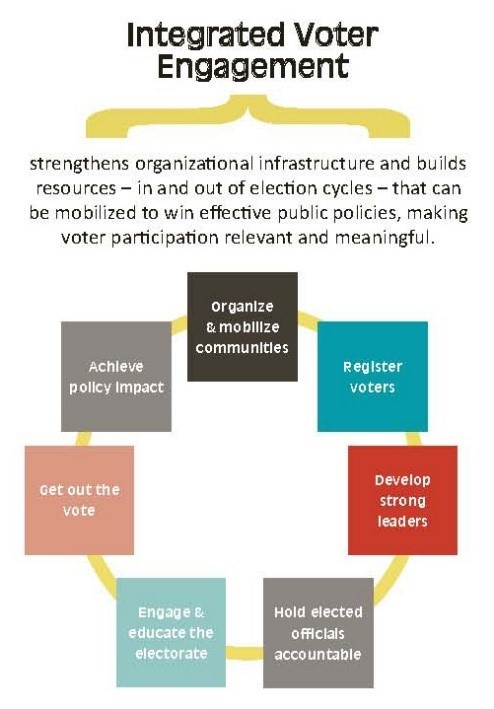 In 2018, FCCP held a conference entitled “The Battle for Fair Maps.” Duvall was a speaker alongside representatives from various leftist state get-out-the-vote and census-focused groups—Blueprint North Carolina, Common Cause Pennsylvania, and the Arizona Advocacy Network—to discuss the “current state-of-play for redistricting efforts” in those states. Moderating the conference was a senior staffer from the Joyce Foundation, a mega-donor whose board once included then Sen. Barack Obama (D-IL). Co-sponsoring the conference were a host of big names on the Left, including the Open Society Foundations and the Bauman Foundation.

While the Bauman Foundation is not particularly powerful—2019 revenues of $3.8 million, a pittance compared with the Ford Foundation’s $460 million—its head, Patricia Bauman, is a key player on the Left. She is involved as a funder or board member for the Brennan Center for Justice, Natural Resources Defense Council, and Media Matters for America.

Bauman is also vice-chair of the board of the Democracy Alliance, arguably the most powerful coordinating force in the country. Like FCCP, Democracy Alliance doesn’t spend money but rather coordinates which groups its wealthy members will support each election cycle, making it one of the Left’s leading nerve centers. RRP’s Cathy Duvall was a speaker at the Democracy Alliance’s April 2016 conference on “why redistricting reform is key to restoring our democracy.”

Between 2013 and 2021 the Bauman Foundation funneled $1.1 million to the Redistricting Reform Project (via the New Venture Fund). The project has also received funding from the Rockefeller Brothers Fund, the Joyce Foundation, and a $500,000 grant from the Ford Foundation in 2019.

What’s still unclear is how the Left’s redistricting strategy will evolve given the Democrats’ losses in 2020. The Left’s plans may have suffered a setback, but they’re far from finished.