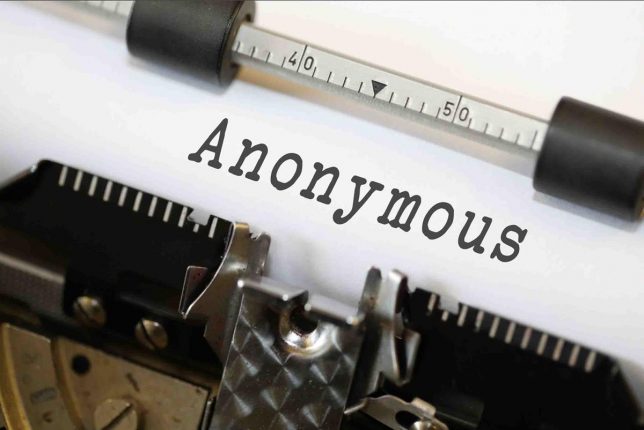 This article originally appeared in the Daily Signal on September 17, 2018.

When Republicans lost the 1856 election, Abraham Lincoln had a sober message: “Whoever can change public opinion, can change the government.”

Whoever wrote the anonymous New York Times op-ed, however, wants it the other way around.

The biggest revelation from the Times op-ed isn’t the nameless author’s views on Trump. It’s the tacit admission of the existence—and arrogance—of the deep state.

The deep state is shorthand for the vast network of career bureaucrats and unelected operatives working to advance an agenda that never faces public scrutiny. While administrations come and go, these government employees are a fixture in Washington, D.C.

Consider the op-ed writer’s message to the American people: I’m a self-styled “adult” who’s “vowed to thwart parts of [Trump’s] agenda” by “reaching across the aisle” and taking up the banner of the “‘popular’ resistance of the left.”

Here’s that message translated from Beltway English: I’m an insider who’s smarter than you and who knows what’s best, so I’m going to undermine the agenda of a democratically elected president.

That’s the same message of the so-called “Resistance” against President Donald Trump. Of course, liberal publications like The Nation have dismissedthe deep state as a “conspiracy theory.” But in July, the Washington Post’s Eugene Robinson praised it in his column: “God bless the Deep State.”

Make no mistake—the deep state is real. The ruckus this op-ed stirred up is proof that Washington insiders take its existence very seriously.

But even if the deep state is a figment of conservative imaginations, its counterpart—the administrative state—is an apparatus of government that progressive activists acknowledge and actively work to expand.

Many of the groups protesting the Trump presidency helped build the administrative state and its more secretive cousin. Take the radical Environmental Defense Fund, which worked hand-in-glove for years with President Barack Obama’s Environmental Protection Agency to file lawsuits that expanded regulations for federal land use and species protection.

The fund accused former Trump EPA administrator Scott Pruitt of having a “slash-and-burn ethos” which could “set back more than 25 years of work to address the link between race, poverty, and pollution—advanced through executive orders, dedicated funding, expert advisory committees, and grassroots movements.”

Perhaps it’s not Pruitt the environmentalists should concern themselves with, but the EPA’s vast powers.

Environmentalists aren’t the only special interest groups responsible for growing the size and strength of the federal government so large that policy experts have to entertain the existence of the deep state.

In 2009, the American Civil Liberties Union, Human Rights Campaign, and Parents, Families, and Friends of Lesbians and Gays urged Congress to pass the Matthew Shepard Act, which widened the scope of the Department of Justice’s power by expanding the definition of hate crimes.

The sprawling powers vested in every office of the executive branch set the stage for employees in the NSA, CIA, and FBI to exert their own agendas and subvert the commander in chief. Whether or not the Times op-ed is real, the fact of the matter is: It could be. The possibility of a deep state operative or career administrative-state bureaucrat working against the executive branch from within is worrisome.

The left might have ignored the role of the deep state in previous administrations, but that’s because it has largely worked—and continues to work—in the left’s favor. But liberals should consider the consequences of that deep state turning against them in the future. That kind of power should not be left in the hands of anonymous and unaccountable officials.

Conservatives angered at the thought of a turncoat in their ranks should also consider the dangers posed by such powerful offices. When there is a changing of the guard, do conservatives really want to face the renewed prospect of the executive phone and pen continuing to push the leftist agenda?