Animal Welfare Nonprofits: the Good, the Bad, and the Ugly 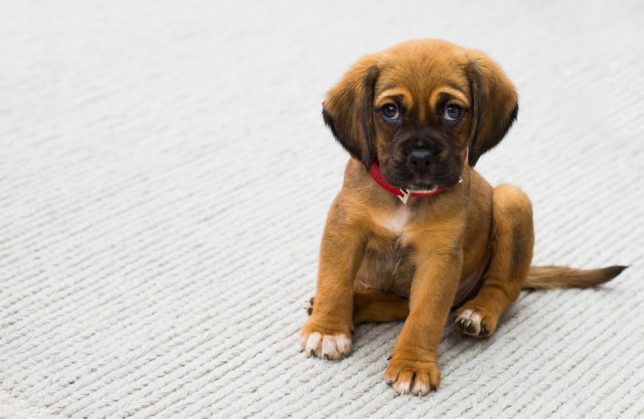 This article is crossposted from Philanthropy Daily – published June 15, 2017

Of all the charitable groups out there, I confess the ones that most irritate me are animal rights organizations. Of course helping animals is a worthy goal for charity. Animals are our friends! 1

But far too many animal rights groups aren’t helping animals. Like the environmentalists who are spending their days lobbying regulators and who never spend time in parks, too many animal rights activists are spending their time looking for things to ban and loudly signaling how virtuous they are. They scored a big victory when the Ringling Brothers circus folded, and the only reason they weren’t quoted in articles gloating about the circus’s demise is that journalists didn’t ask them. I suspect there are more than a few people in the animal rights movement who would be happy if circuses were banned, zoos were closed, and the only way we view animals is via carefully-vetted videos we stare at on our smartphones.

As Charlotte Allen observes in this smart op-ed from the Baltimore Sun on People for the Ethical Treatment of Animals, PETA is part of a movement that doesn’t simply have animal welfare as its goal; it has an ideological component: “the idea that human beings have no special standing in the universe and cannot claim dominion over living creatures, no matter how well they treat them.”

But all this posturing glosses over the fact that there are animals that are abandoned, old, or sick and need our help. Karin Bruillard, a Washington Postreporter, writes about one such group in her profile of Rescue Express, which tries to find homes for animals who would be killed if they were left in shelters.

Rescue Express and groups like it take pets out of shelters in the southern part of the country and take them to northern shelters where they can be adopted. It’s a long-standing fact that shelters in the southern part of the US are more likely to have pets that will be killed because they aren’t adopted. There are lots of theories about why this happens and no good explanations, in part because there aren’t reliable national statistics about the number of animals in shelters. One theory is that dogs and cats in southern states spend more time outside than in the colder north and are more likely to breed. Another is that cats are in heat longer in the south. A third theory is that a lot of the dogs in southern shelters are pit bulls or pit bull mixes, which are less popular to adopt than other breeds.

The American Society for Prevention of Cruelty to Animals (ASPCA) reports that the number of cats and dogs left in shelters and subsequently killed fell from 20 million in the 1970s to 2.6 million in 2011 and 1.5 million today. That’s still a lot of animals.

Bruillard reports that the issue of animals being abandoned in the southern half of the country became a national issue in 2005. The Los Angeles Times reported in 2007, based on statistics from the Louisiana chapter of the ASPCA, that 104,000 of the 259,000 pets in the New Orleans area were abandoned when Katrina hit, and that over 88,000 of these pets did not have homes two years later.

Another area where far too many animals are euthanized is Los Angeles. Bruillard’s story begins in San Fernando with May, a pit bull mix. May passed one “temperament test” but flunked a second one, which “essentially put her on death row at the facility” where she was living.

Rescue Express decided to give her a second chance. The organization was founded by Mike McCarthy, a software entrepreneur who offers to take pets that need help. He doesn’t charge animal shelters for his services. McCarthy decided to retrofit school buses, and currently has three of them that make regular routes between California and Oregon. He’s about to start one between California and Utah. Bruillard traveled with one bus that made five stops in California and headed for Oregon with 84 dogs and 22 cats.

Eventually the bus stops outside Eugene, Oregon after making a few other stops in Oregon. May finds a temporary home at the Northwest Dog Project, a 22-acre farm which includes a “doggy swimming pool” and hiking trails and where stressed-out city dogs relax and work on their “leash manners.”

A group similar to Rescue Express is Wings of Rescue, which flies animals using airplanes volunteers have lent to the group. Wings of Rescue earlier this year made its first trip to Puerto Rico, where the group says that 92 percent of pets in shelters are euthanized. Ric Browde, a board member of Wings of Rescue, told Bruillard that “we’re the Band-Aid…I can take dogs out of a shelter every day, but if it fills back up, have I done anything?”

But surely helping dogs and cats that otherwise would be euthanized is better than doing nothing. This is why Rescue Express and Wings of Rescue are admirable operations.

In giving to organizations that help animals, donors’ money is best used when giving to groups that actually help animals, either by running shelters or helping troubled pets find homes. Local donations to local shelters are better than national ones.

By contrast, groups whose members have little or no contact with animals as part of their jobs, but instead spend donations on demonstrations, political posturing, lobbying politicians, and engaging in stunts involving fur, blood, and screaming deserve no support at all.

1. Well, dogs are our friends. Cats are a mystery.↩