An Austin, Texas Nonprofit Has a Creative Way of Helping the Homeless

A nonprofit in Austin, Texas has a creative way of dealing with the homeless in their city. Treating them like persons, they’ve created a community for the homeless to live and support each other. 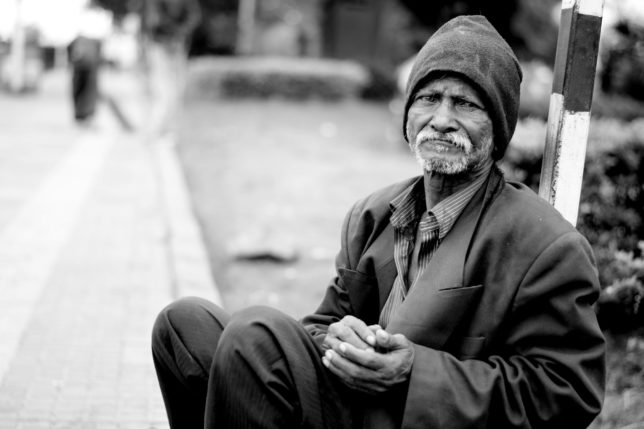 What’s the best way to deal with homelessness?

Social service agencies readily admit that giving money to people who say they are homeless does nothing to reduce homelessness. Where I live the county government has taken old parking meters and converted them into donation boxes, with the idea that people could take the change they would have given the poor and give it to agencies that help the poor.

But not giving money to the homeless won’t encourage people to seek help. Some cities have decided that the costs of homelessness—cleaning up the streets, endless emergency room visits—are so high that giving the poor apartments will save money in the long run. But putting the poor in apartments doesn’t foster community or encourage the poor to be self-reliant.

Mobile Loaves and Fishes, an Austin, Texas-based nonprofit, has a better way. They have created “Community First! Village” eight miles outside Austin. At Community First!, 180 people who would have lived on the streets live in tiny houses of less than 500 square feet. Chris Moody describes the community in Reason.

The founder of Mobile Loaves and Fishes is Alan Graham. In the late 1990s, Graham and four other members of St. John Neumann Catholic Church decided they had a mission to help the homeless. Graham learned an early lesson about helping the poor when, with the assistance of a homeless man named Houston Flake, he visited a forest in South Austin where many homeless people lived. But Graham couldn’t shake the hand of homeless people he had been introduced to. Where could the hands of the homeless have been?

Graham learned that if he wanted to help the homeless, he had to touch them.

Alan Graham had made a lot of money as a real estate developer and knew what had to be done to buy and build on property. In 2008, he made a deal with the mayor of Austin to build a community for the homeless on undeveloped land the city owned. The Austin city council unanimously voted to support the venture.

But no one in Austin wanted homeless people living near them. At meetings about the proposed community, men screamed at Graham and spat on a city council member who supported the venture. Speakers said that the park would attract “drug addicts, rapists, and murderers” to Austin, not to mention lowering property values. Graham’s home address was circulated to the crowd. Faced with strident opposition—what Graham calls “an infection and indictment on our culture”—the proposed community collapsed.

Graham decided he couldn’t work with the Austin city government and had to strike out on his own. But Texas law regulates unincorporated areas of the state with a light hand. So with the tacit approval of the city government, Mobile Loaves and Fishes bought what Graham called “a crummy, crap-filled piece of land” ten miles from downtown Austin. Volunteers removed a thousand used tires and three tons of debris from the site. Once the weeds were clear, the volunteers recovered two stolen cars.

The first phase of Community First! opened in 2015 (a second phase, which will double the size of the development, is currently under construction). To get a tiny house, applicants have to have been homeless for at least a year, and pass a criminal background check. Addicts and criminals are allowed, but people convicted of murder, kidnapping, or sex crimes are barred. Guns are also barred.

Community First! is designed to encourage people to live life in the open. Those residents with the least money can get a very small house for $225 a month, but that tiny house doesn’t have a bathroom or kitchen, so residents have to use nearby bathhouses or kitchens.

The goal is to encourage residents to talk to each other, share their problems, and get tips about where to find work. There’s a blacksmithing space and a garage for residents handy with tools. There’s an art studio for people who want to make art. A community garden provides residents with fresh food, and food trucks and volunteers provide other meals. Alamo Drafthouse donated a 500-seat outdoor amphitheater where movies are regularly screened.

Finally, there’s a columbarium for residents who have died. Instead of being buried in a pauper’s grave, residents who pass away can have their lives celebrated by a community.

Although there is occasional tension among the residents, many of whom take time to adjust from their isolated life of a homeless person to being in a community. One resident tried to rob another with a knife. He was expelled after his conviction. That was the most serious crime committed at Community First! in four years. No one has been raped or murdered.

The goal, Alan Graham told the Austin American-Statesman, is to create a community where homeless people can strengthen and move forward with their lives.

“In a normal neighborhood, no one knows what’s happening in your neighbor’s house,” Graham said. “We know everybody battling addiction, we know everybody with a mental health problem.”

Graham told Reason that he is convinced that the state could not do what he and his volunteers have done. “Government housing is a transaction,” he said. “The government builds or supports the creation of housing, but there’s no community involved in the life of these developments.”

Can Community First! be duplicated? It’s too soon to tell, and it’s clear that the project was only built because it’s in an unincorporated area. But for those who think homelessness is a permanent, unsolvable condition, the success of social entrepreneurs in Austin offers hope.

This article first appeared in Philanthropy Daily on January 13, 2020.