An Army for Peace 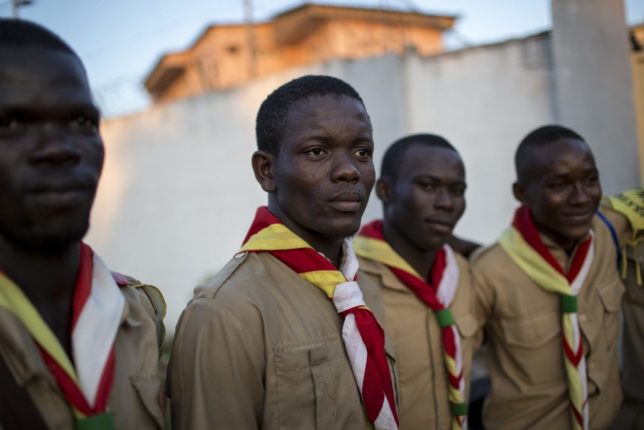 This article originally appeared in Philanthropy Daily on March 6, 2019.

The Central African Republic is only barely a country. The government controls the capital city of Bangui with the aid of United Nations peacekeepers. But outside Bangui it is chaos.

“There is a flag, to be sure,” they write, “and a national anthem, and borders, but what happens inside these borders is not supported by anything approaching a traditional state.”

Here’s an example of chaos in the Central African Republic. Periodically the U.N. peacekeepers hold a conference to try to settle the country’s decades-long civil war. But they’re never sure if they have representatives from all of the factions that are doing the fighting, and usually there are groups that are not represented in these negotiations. These guerillas keep fighting, which leads to talks collapsing.

Meanwhile, suppose there’s a major health emergency—say, a possible Ebola outbreak in the chaotic Eastern part of the country. How do public health officials in Bangui know what’s going on?

They send in the Scouts, who can collect samples and send them back to Bangui for analysis.

The Boy Scouts, the writers say, were created in colonial times. Baptists and Catholics both had their own Scout troops. Even today the Boy Scout movement in the Central African Republic is divided between Catholic Scouts, Evangelical Scouts, “and a dwindling number of Muslim Scouts.” But there are 20,000 Boy Scouts in the Central African Republic—and only 14,000 peacekeepers. They’re rigid, hierarchical—and get things done.

“Scouts taught me how to live in a community,” says Catholic Scouts Association secretary-general Rony Yannick Bengal, and “to develop moral, intellectual, and physical capacity.” Bangui added that being a Scout gave him a higher purpose than staying in a gang.

Boy Scouts are useful in many ways. They helped provide security for Pope Francis’s trip to the Central African Republic in 2015. They also help protect Westerners who have to travel outside of Bangui. And when public health officials feared an Ebola outbreak, it was Scouts who were able to bring samples from the field that provided persuasive evidence that an Ebola outbreak was not happening.

But the Boy Scouts offer its members a chance to learn skills they would otherwise never master. Like most scouts, the Boy Scouts of the Central African Republic offer its members a chance to go camping and learn woodcraft skills. But as part of the Scout mandate to “be prepared,” these young men also learn to cook, do laundry, and clean dirty dishes. If it weren’t for the Boy Scouts, their members wouldn’t be able to perform these essential skills because they’re considered “women’s work.”

Late in Allison’s piece, we learn that, for all the good the Boy Scouts do in the Central African Republic, they’re not considered legitimate Scouts, because they stopped paying dues to the World Organization of the Scout Movement a long time ago. Negotiations to readmit Central African scouts are ongoing. One barrier is trying to create an organization that would unify Catholic, evangelical, and Muslim scouts. Another barrier is trying to create a Girl Scout movement in the country. There is currently one Girl Scout troop in Bangui, with 50 members. While the Boy Scouts wear uniforms, the Girl Scouts currently only have bandannas to identify that they’re scouts.

“The armed groups do war,” says Rony Yannick Bengal. “We are an army for peace.”