What gives, and to what to give? 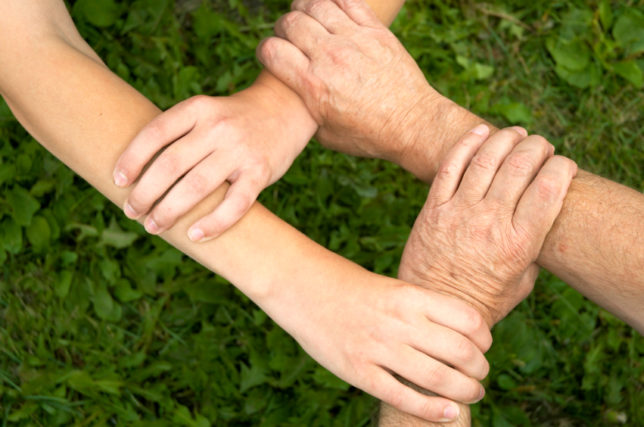 Policy-oriented private charitable foundations of all worldviews very often overbearingly urge—if not actually outright demand in grant agreements that—their nonprofit grant recipients collaborate with one another. This might strike a conservative as in tension with a universally accepted, overarching canon of the conservative worldview: competition yields the most benefit.

There has never been any exception to this canon for the nonprofit context. In fact, existing and would-be nonprofit groups clearly are competing for grants; foundations see their only slightly varying requests, for many of the same essential purposes, at the same time, and implicitly or explicitly weigh them against each other as grants are considered.

But they apparently are all supposed to nicely cooperate with each other, presumably so as not to “waste” limited philanthropic dollars. Almost all work done by separate entities is to be complementary, not competitive. One good way to gut a grant request, in accordance with this thinking, is to point out that a requesting group’s leadership “doesn’t work and play well with others” in the grantmaking portfolio.

There’s an increasing level of analogous reasoning, including by conservatives, in the context of nonprofit grantmakers themselves, as well. Givers are supposed to collaborate, not compete, with each other, presumably to efficiently maximize philanthropic gain. In addition to being distasteful, competition among givers would be wasteful. Competition is a luxury, in this construct; too expensive, unaffordable.

Well, according to an intriguing, newly published article in Administration & Society, an academic journal, here’s what gives: the beneficial competitiveness. Competition essentially gives way to collaboration in the context of nonprofits, and cognitive dissonance within their leadership results, to even more ill effect.

“Despite the evidence that competition matters to nonprofit performance and survival, collaboration is the strategic operating norm and tied to public perception of nonprofits,” according to Cali Curley, Jamie Levine Daniel, Marlene Walk, and Nicky Harrison in “Competition and Collaboration in the Nonprofit Sector: Identifying the Potential for Cognitive Dissonance” (all citations omitted).

In the article, they go on to helpfully categorize and describe different types of collaboration and competition—internal, external, and programmatic. Their treatment of the effects of external competition among nonprofits on trust in them, as well as on their ability to adhere to their original missions, is of particular interest.

“Although competition between for-profit organizations is found to increase trust among customers, it remains unclear as to whether competition in the nonprofit sector fosters trust among donors, clients, and community members,” they write. Indulging some erudite ambivalence, they continue,

In addition, it is reasonable to suspect that competition—knowing there are winners and losers—will decrease trust among nonprofits. Competition may increase “cutthroat” sectoral behavior which could undermine trust further, decreasing collaboration. Competition could enhance mission and activity differentiation for nonprofits, leading to increased efficiencies in service provision for the community. However, this may be viewed by stakeholders as mission drift which occurs when a nonprofit prioritizes activities, often determined by external stakeholders, that differ from its stated mission, leading to decreased stakeholder and donor support. This concept of mission drift may also occur when nonprofits overuse collaborative strategies by prioritizing collaboration with others losing sight of their original goals and priorities. Similarly, overuse of competitive strategies can decrease an organization’s ability to solve problems and serve their clients more meaningfully because they are cut off from resources of other nonprofits. This suggests that nonprofits need to be able to balance both collaborative and competitive strategies understanding the respective implications.

Well, to what to give, then?

Grantgiving to and for collaboration drives cognitive dissonance, which can be costly and cause mission drift, according to the article’s authors. Giving with a recognition that there’s sometimes-“cutthroat” competition among existing and would-be grant recipients is realistic, and can be beneficial, both overall and for a particular nonprofit.

While the scholars don’t address the topic, within and among philanthropies themselves—also nonprofits, after all—that have either actual or perceived attuned worldviews themselves, the same risks can be borne. If and when they are, they should be borne cognizantly.

The much-urged collaboration can cause dissonance, which can be costly in dollars and cause drift from mission and purpose. Perhaps it’s the collaboration that’s too expensive; unaffordable, actually, even more so if there’s additional pressure arising from limited or much-outmatched resources.

Maybe at least conservative givers, so actively receptive to the concept of competition in almost all other contexts, should consider more of it. Within and among those nonprofits to which they do and don’t give, and with which peers they more or may not give to them.

This article originally appeared in the Giving Review on May 13, 2021.