A decade-old report still has much to teach us. 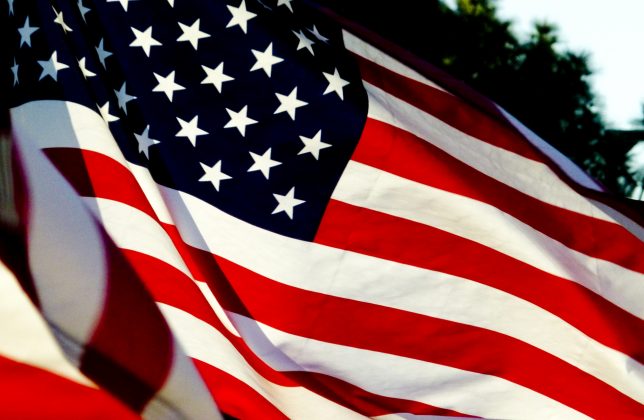 “A nation whose citizens no longer feel national pride or a unique allegiance to their own country is a nation that has lost its sense of national identity, and perhaps its will to survive. This is an identity crisis,” according to E Pluribus Unum, a report of the Bradley Project on America’s National Identity.

The report was released ten years ago, but those words ring just as true today — what with the many discussions roiling our politics about what it means to be an American; whether we should continue to be proud of what our country has done; whether to even keep the careful constitutional construct that has allowed us to do much of it; and whether to trust those at the helms of the institutions involved in that construct, as well as in our economy and culture.

The Bradley Project was finishing its work during the early stages of a presidential campaign that ended in the election of the nation’s first African-American president, someone who addressed an adoring throng in Berlin that summer as a “citizen of the world” and defeated an opponent whose slogan urged “Country First” in the fall. It was in the midst of the Great Recession, which arguably worsened distrust in so many of America’s governmental and financial elites. And state courts were just starting to issue some of the first opinions altering the traditional definition of marriage.

There was a crisis then, yes — but now it sure seems much deeper and wider.

Born of Unease Among the High-Minded

The project was born of the Lynde and Harry Bradley Foundation’s keen interest in the early- to mid-2000s debate between Italian senator Marcello Pera and then-cardinal Joseph Ratzinger about European identity and its ramifications for all of the West, and in some observations of Harvard political scientist Samuel P. Huntington, among other things.

The dialogue between the friends and intellectuals Pera and Ratzinger is encapsulated in the featured contributions from each of them in Without Roots: The West, Relativism, Christianity, Islam, the original Italian edition of which came out in 2004. In their back and forth, they deal with what papal biographer George Weigel frames in the foreword as the following question: “Is it possible to imagine anything properly called ‘civilization’ that lacks a sense of the sacred?”

That is a question of identity, and it was an open question at the time — when there was dispute about whether the European Union Constitution’s preamble should reference the continent’s Christian roots. It is an even more open question now that the reference has been removed.

Huntington, meanwhile, may perhaps be known best for his 1996 work The Clash of Civilizations and the Remaking of World Order, which was itself quite focused on underlying questions of identity. In his 2004 book Who Are We? The Challenges to America’s National Identity, however, he critically examined the impact that other civilizations and their values were having on our own country and argued for a reassertion of the core values that make us Americans.

What makes Huntington “a prophet for our time is not just that his vision is partially reflected in Trump’s message and appeal, but that he understood well the dangers of the style of politics Trump practices,” the Washington Post’s Carlos Lozado argued last year. “Where they come together, I believe, is in their nostalgic and narrow view of American uniqueness. Huntington, like Trump, wanted America to be great, and came to long for a restoration of values and identity that he believed made the country not just great but a nation apart.”

Tested by some time, the political, social, and cultural analyses of Huntington, Pera, and Ratzinger today seem even more poignant. At core, their understandings of the dangers of a post-Christian secular conscience, unassisted by conscious memory, should spark great trepidation among more of us.

(The Bradley Foundation supported the scholarship of Huntington, as it later did that of Pera at the Hudson Institute. Ratzinger became Pope Benedict XVI in 2005.)

Aspiring to Address the Practical

The project honestly and directly described the identity crisis, though not necessarily in outright Trump-like fashion. Beyond that which it bracingly described, though, E Pluribus Unum modestly prescribed.

The prescriptions did not, and do not, strike us as radical. No consideration of a wall on the southern border or a ban on travelers from certain countries, much less laws about keeping men’s and women’s bathrooms separate. Perhaps it should have been more aggressive, more drastic, more Trumpian.

Generally calling for a national dialogue, the report made 14 specific recommendations across four practical aspects of life crucial to American identity that it examined — historical memory, assimilation, national security, and civic education. For the most part, they were oriented to the long-term, in a way that maybe only a responsible philanthropic foundation can literally afford to be.

On historical memory, according to E Pluribus Unum, “The teaching of American history should include America’s great public documents and speeches, and books with compelling narratives.” “And the period of the American founding should be emphasized at all levels, including high school, by teachers who have majored in history. Students should first be taught about America’s great heroes, dramatic achievements and high ideals so they can put its failings in perspective.”

On assimilation, “Newcomers to America should be encouraged to participate fully in American social, economic, and civic life,” the report advocates. “Schools and colleges, businesses and civic associations, and all levels of government should promote special programs as well as special occasions which focus on what unites us as Americans.”

In the area of national security, “Our schools and colleges, businesses, and civic groups should take time to recognize and honor those who are serving in the armed forces,” it proposes. “Colleges and universities should have ROTC programs on campus and should give the same access to military recruiters as they do to other employers.”

If not better addressed, the country’s identity crisis definitely will be worse in yet another decade.

In the civic-education space, Trump-like, it suggested, “American companies should understand they have special obligations to the United States and to their fellow citizens at home.” And “civic education should be based on the distinctive features of citizenship in American democracy, not on the misleading idea that one can be a ‘citizen’ of the world.”

It concluded by urging a Presidential Award for American Citizenship to “provide recognition at the highest level to students and new citizens who demonstrate exemplary understanding of and commitment to American ideals and institutions.”

These and all of E Pluribus Unum’s prescriptions remain worthy of serious reexamination. In fact, the whole Bradley Project exercise might be worth updating and reviving, on the intellectual and practical levels, for another round by some philanthropy — with a deeper and wider mandate to match the tenor of these more troubled times.

If not better addressed, the country’s identity crisis definitely will be worse in yet another decade. Let us hope it is not already too late.