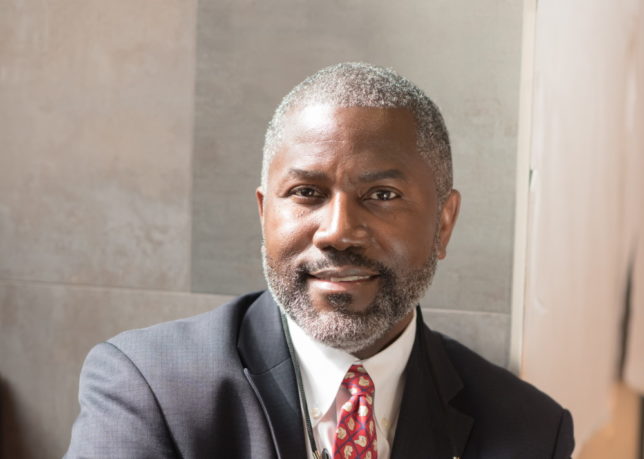 Ian Rowe is an optimist, and that shines through in his new book, Agency: The Four Point Plan (F.R.E.E.) for All Children to Overcome the Victimhood Narrative and Discover Their Pathway to Power (Templeton Press, 2022).

Even the book’s cover is a stylized image of the sun shining bright (drawn how a child might draw it) so people interested in Rowe’s prescription to help children know exactly what they’re getting before they even read a page. And his prescription has never looked more important than in this age of public schools as political pawns. 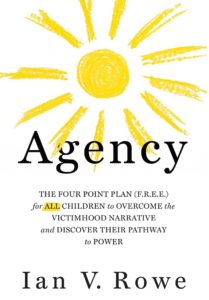 And why shouldn’t he be optimistic? The child of Jamaican immigrants himself, Rowe was given the foundation at home (which is the “F” in F.R.E.E.) to succeed in a New York public school, which had seen better days by the time he got there; go on to Harvard Business School; work stints at MTV, the Bill and Melinda Gates Foundation, and the White House, among other career achievements.

Now a senior fellow at the American Enterprise Institute and senior visiting fellow at The Woodson Center, Rowe is a successful charter school developer, most recently as the founder of Vertex Partnership Academies. The man has succeeded despite the challenges to success he’s faced—one of which came most recently when a New York teachers union tried to shut down a new Vertex charter high school before it even began. (They were unsuccessful.)

Is it the optimism that ultimately vanquishes his challengers? In his book—the rest of the acronym stands for religion, education, and entrepreneurship—he lays out his experiences embracing these foundational principles, and his observations of what happens when they’re not embraced. He uses all this to make the case that the only way for children to overcome the barriers to success that the current culture has erected is to get back to basics.

Oh, and to tell them they are capable and deserving of their own success.

In that paragraph, which comes in Chapter 4 “Believing You Live in a Good, If Not Great, Country,” Rowe summarizes what his book is really all about—changing the outlook of kids from one of failure to ownership of success, even as they face failing public schools and lack of support from the people who kids traditionally rely on to succeed.

Rowe doesn’t ignore the bad to promote the good, however. Quite the contrary. Nearly the entire book is an extended essay on how the data—from teen pregnancy to failing public schools to single-parent homes to a diminishing religious culture—have stacked the deck against today’s kids. In effect, Rowe promotes the bad and highlights the successes that have occurred in spite of it, as way to prove that agency—which falls somewhere between the blame-the-victim mentality and blame-the-system mentality—is possible.

“Somewhere along the continuum from the adoption of a growth mind-set to the exercise of grit lies the overcoming concept of agency,” Rowe writes:

One can simultaneously call for personal responsibility and grit while also acknowledging the shortfall of blame-the-victim thinking, which often fails to recognize that young people may be living in environments in which weakened local institutions focused on family, faith, education, and employment have not fully equipped young people with the knowledge, skills, and moral code necessary to embark on a self-sufficient life.

As teachers unions continue to worry more about their political connections than they do about teachers and as parents begin the long struggle to reinvolve themselves in their children’s education following the COVID wake-up call, the nation’s children—and the people that care for them—will fortunately have the optimism of Mr. Rowe to look to and learn from.