A Sweeter Future: Deviating from Intent 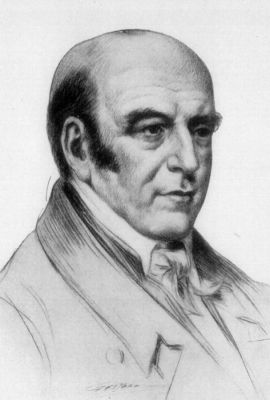 A Sweeter Future (Full Series)
Philanthropies Adrift in Philadelphia | Deviating from Intent
Could There Be a Happy Ending?

Summary: In the last issue of Capital Research magazine, Martin Morse Wooster explored the complicated history of the Hershey Trust which operates and funds the Milton Hershey School. Managing its $12 billion endowment is anything but easy. A series of articles in the Philadelphia Inquirer begining in 2010 exposed problems related to the management of the Hershey School and the Hershey Trust and caused many to wonder if the organization should look for other ways to put the vast Hershey fortune to good use: The Hershey School has a ready-made cause in Girard College, a similar organization that has been sadly mismanaged by the city of Philadelphia for over 150 years. Could there be a solution that might save both these venerable philanthropic institutions?

When a City Is Executor of a Will

Girard, however, made a serious mistake when he requested that the city of Philadelphia administer his estate. The city, through its Board of City Trusts, proved to be a bad manager of the Girard Estate, which has a diversified portfolio, including a subdivision in South Philadelphia that surrounds a house that once was Stephen Girard’s summer home. The estate’s value in 2013 was $230 million, a miserable rate of return on an estate that has been in existence for over 175 years. A 1997 Philadelphia Inquirer investigation found that during a decade when the stock market boomed, the Girard Estate lost a third of its value, as the Board of City Trusts invested the money in a coal-mining company, helicopter hangars, and a hotel, without getting the required permission from Philadelphia Orphans Court.

The first decade of the 20th century saw Girard College’s budget decline by a million dollars a year, with most of the budget being used to maintain its splendid, but decaying buildings. Enrollment fell from 800 to 400 students between 2007 and 2013, and the school suffered from $111 million worth of deferred maintenance.

Girard College administrators first responded to the budget crisis by eliminating weekend boarding, requiring its students to leave campus every Friday night. Then in 2013, they dropped a bigger bomb: The City Trusts of Philadelphia board of directors announced unless the school made dramatic changes, the Girard Estate would be spent out by 2038. The board of managers of the City Trusts then petitioned the Orphans Court to allow Girard College to change from a boarding school for elementary and secondary school students into a day school that stopped educating students after the eighth grade. The high school, under this plan, would close.

The Philadelphia Inquirer, in an editorial, contrasted the Girard College battle with the ongoing struggles over the Barnes Foundation (another venerable Philadelphia institution, in this case an art museum created by Albert C. Barnes) which had been the subject of what can be described as a hostile takeover by the Pew Charitable Trusts, the Annenberg Foundation, and the Lenfest Foundation:

Tycoons hoping to better society from beyond the grave might consider living (and dying) somewhere other than Pennsylvania,” the newspaper declared. “This is, after all, the state where Albert Barnes’s idiosyncratic suburban art school was repurposed as a downtown museum, and where the school underwritten by Milton Hershey’s fortune has been mired in inexplicable investments and state investigations.

(I discuss the Barnes Foundation case in my book How Great Philanthropists Failed and How You Can Protect Your Legacy, published by Capital Research Center.)

While the Inquirer endorsed the reductions, it declared that “as a Philadelphia trust, it has been overseen mainly by politicians and the politically connected” and that “Girard College has to change a long-standing trajectory that has it slowly building nothing out of something.”

“The design of Girard College as a boarding school, intended to provide a residence, as well as an education, to its students is reflected in the very terms of the will,” Judge O’Keefe wrote, adding that under the terms of Stephen Girard’s will, students should “remain in the college until they shall respectively arrive at between fourteen and eighteen years of age.”

The City Trusts of Philadelphia announced that it would appeal Judge O’Keefe’s decision, but the appeals failed; Girard College remains a boarding school for elementary and secondary students.

After the announcement, Girard College partially reversed its earlier decision, stating that the high school would stay open at least through the end of the 2014-15 school year. The College’s leadership then faced a trial in Philadelphia Orphans Court during which Judge Joseph D. O’Keefe made two rulings: In January 2014, he denied the Girard College Alumni Association standing. Then, in August 2014, he proved himself a champion of donor intent by rejecting the City Trusts of Philadelphia’s petition.

In the conclusion of A Sweeter Future, read how a gentle expansion of the Hershey Trust’s mission could right the ship of both the Milton Hershey School and Girard College