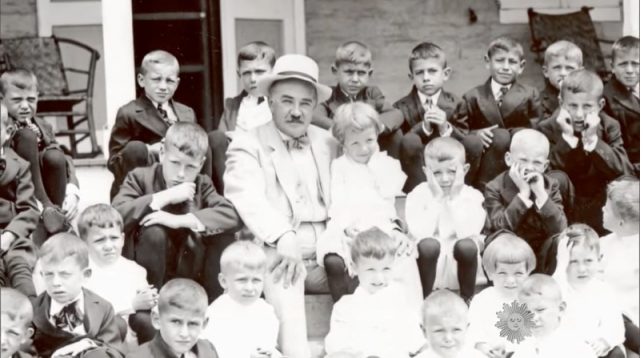 A Sweeter Future (Full Series)
Philanthropies Adrift in Philadelphia | Deviating from Intent
Could There Be a Happy Ending?

Summary: In the last issue of Capital Research magazine, Martin Morse Wooster explored the complicated history of the Hershey Trust which operates and funds the Milton Hershey School. Managing its $12 billion endowment is anything but easy. A series of articles in the Philadelphia Inquirer begining in 2010 exposed problems related to the management of the Hershey School and the Hershey Trust and caused many to wonder if the organization should look for other ways to put the vast Hershey fortune to good use: The Hershey School has a ready-made cause in Girard College, a similar organization that has been sadly mismanaged by the city of Philadelphia for over 150 years. Could there be a solution that might save both these venerable philanthropic institutions?

Unfortunately, Hershey’s seemingly unlimited wealth has brought its share of problems. The Trust has experienced scandals ranging from excessive pay for directors and trustees and the inappropriate use of resources for real estate speculation, to the abuse of children at the school. Here’s a thoughtful solution: Perhaps the Trust should expand the scope of its philanthropy beyond its range of current grantees. But if it were to do something with its billions other than run the Milton Hershey School, what should that something be?

The Philadelphia Inquirer polled readers on the same question after reporter Bob Fernandez exposed some of the excesses of the Milton Hershey School and the Hershey Trust, in a series of articles in late 2016. The respondents had all sorts of ideas about what the Hershey School and (or) the Trust should do. Suggestions ranged from the Trust’s investing more in foster care to funding charter schools in Philadelphia. But the most concrete reform the readers suggested was some sort of merger or alliance with a small, historic Pennsylvania boarding school for elementary and secondary school students called Girard College.

Girard: A Perfect Contrast to Hershey?

The wealth that endowed Girard College came from Stephen Girard (1750-1831) a French immigrant who owned a fleet of merchant ships. When he died in 1831, he left $7.5 million to the city of Philadelphia to endow Girard College—a titanic sum at the time, half as much as the federal budget. Even today, the school appropriately recognizes its formation as “an unprecedented act of philanthropy.”

Stephen Girard’s will has been a source of philanthropic controversy from the beginning of probate in 1831, through the 19th and 20th centuries and into the 21st. The first challenge to the will came from Girard’s relatives, the Vidals, who wanted the will voided and the money given to them. The challenge eventually reached the U.S. Supreme Court in 1844, where the Vidals hired orator Daniel Webster to represent them. Webster, in a nine-hour speech lasting three days, chose to attack a clause where Girard said he would “enjoin and require that no ecclesiastic, missionary, or minister of any sect whatsoever shall ever hold or exercise any station or duty whatsoever in the said college; nor shall any such person be admitted for any purpose, or as a visitor, within the premises appropriated to the purposes of the college.”

Webster argued that America was a Christian nation, and Girard’s will would promote atheism. Moreover, he said, Pennsylvania was not an “infidel state” but has “a Christian origin—a Christian code of laws.”

But in Vidal v. Girard’s Executors, the Supreme Court unanimously rejected Webster’s arguments and upheld Girard’s will. The case, for the first time, ensured that donor intent would be part of American law. Justice Joseph Story, writing for the majority, maintained that Girard did not stipulate Christianity would not be taught at Girard College, only that ministers would not be allowed to preach there. “In America, it has been thought,” Justice Story wrote, “in the absence of any express legal prohibitions, that the donor might select the studies, as well as the classes of persons, who were to receive his bounty without being compellable to make religious instruction part of these studies.”

Girard’s will, as originally implemented, limited the student body at Girard College to “poor white male orphans.” (In those days, the term frequently meant “fatherless.”) In 1965 a group of African-Americans decided to challenge this portion of Girard’s directives. Martin Luther King Jr. led a march in front of the school, declaring that Girard College’s walls would fall like the walls of Jericho. In Commonwealth of Pennsylvania v. Brown (1968) the Pennsylvania Supreme Court declared the racial restrictions of Girard’s will void, a decision upheld by the Supreme Court of the United States. The first African-American male students followed in September of 1968. In 1984, the gender restrictions specified in Stephen Girard’s will disappeared, as did criteria regarding orphans. Today, Girard College, like the Milton Hershey School, admits students of both sexes from low-income households that may have one or both parents still living.

In the next installment of A Sweeter Future, learn how mismanagement has endangered the future of Girard College.