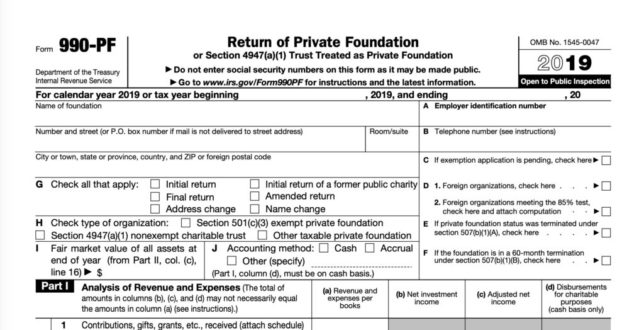 The University of Pittsburgh School of Law held an interesting and important symposium last November, “The 1969 Tax Reform Act and Charities: Fifty Years Later.” The newly available Spring 2020 Pittsburgh Tax Review features articles on the basis of presentations made at the event.

The articles “confirm that the 1969 Tax Act responded to real concern and real need, but that the architecture needs some reconsideration today, fifty years later,” as described by Pitt assistant law professor Philip Hackney’s introduction to the volume. They “help move that conversation forward about what a new private foundation architecture might look like, or if perhaps that architecture simply cannot do the task that it has been asked to accomplish.” 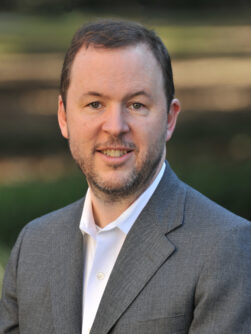 The respected Hackney then floats a bold idea about what could be done with—or, to—that private-foundation architecture. It is among the most-provocative and -aggressive of many various recent ideas to reform philanthropy. One can perhaps foresee others sharing in the thinking behind it.

“As I reflect on this symposium that took place in 2019 before the origination of COVID-19 and the racial justice revolution ignited by the killing of Mr. George Floyd in Minneapolis,” Hackney writes, “I think about the great potential of well-democratically-harnessed philanthropy and seriously doubt that can be accomplished within the space of ‘private’ philanthropy. I lean strongly towards eliminating tax benefits for this private ‘philanthropy’ by denying tax exempt status to those organizations that are not public charities.”

That would be provocatively and aggressively moving the conversation forward, yes. In fact, it (re-)calls the question, doesn’t it: why do private foundations exist? Or at least why do our collected taxes incentivize them to exist?

“Fundamentally, I believe the effort of philanthropy should not be publicly supported if it is not collectively determined,” explains Hackney, who formerly worked in the Internal Revenue Service’s Office of the Chief Counsel, in the piece. He cites Tulane associate law professor Khrista McCarden’s article from the symposium, saying she “makes the beginnings of a persuasive case that the values inculcated and supported through the private foundation system are likely predominately exclusive ones rather than public ones.”

The private-foundation tax architecture “works to provide significant and lasting governmental benefits to the private, perhaps well meaning interests, of people simply because they happen to be wealthy,” according to Hackney. It “provides this support, lifts these efforts up, in the name of supporting collective efforts, but they are far from collectively led.”

With some exceptions, Hackney laments, the predominant ethic of private foundations

is that of [Andrew] Carnegie from The Gospel of Wealth: that the wealthy man is the savior of the rest of us, both in terms of their ability to invest their dollars and to spend them in ways that improve all lives. I think that wrong and harmful. That vision is not just antithetical to democracy, but it is antithetical to racial, gender, sexual orientation, and social justice. Given this, I think we ought to eliminate tax benefits for the private foundation form.

Hackney thus joins a debate about the legal status of private foundations that has deep historical antecedents, as overviewed in British author Paul Vallely’s new book Philanthropy: From Aristotle to Zuckerberg. In 1863, for example, British Chancellor of the Exchequer William Gladstone “told the House of Commons that the working man should not have to pay higher taxes in order to enable the rich to get tax relief on gifts which had already brought them ‘credit and notoriety,’” according to Vallely. “But Gladstone’s attempt to end tax relief failed after Britain’s charities launched a campaign to protect their privileges, which resulted in The Times thundering at Gladstone for his ‘perverse boldness.’” [Endnotes omitted.] 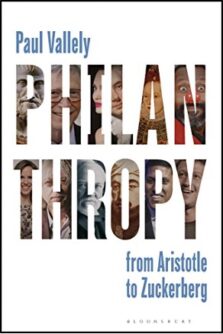 Today, Vallely continues, “there is renewed support for doing away with tax relief, from both the left and the right, in both the UK and the US”—arguments for and against which he then synopsizes.

Hackney’s current bold suggestion is from the left and, by its own terms, based on that which he thinks private foundations can and cannot do well, and democratically, in the wake of the crises caused by coronavirus and the country’s racial reckoning.

He specifically cites these crises as the context for his reasoning. “For me, it’s new” as a suggestion, Hackney told me. But “I’ve been really thinking about exemption over the past nine years, since I went into academia,” he continued, “and I increasingly thought about tax exemption from the perspective of political justice rather than some sort of sense of economic justice. . . . My conception of political justice is we should be moving more towards a democratically based system, rather than an oligarchic one where others get to lead.”

The exemption for private foundations is given—and exemption-incentivized—“in the name of supporting collective efforts, but they are far from collectively led,” he writes in the Pittsburgh Tax Review piece. “If we’re going to justify giving exemption benefits to philanthropy in a collective sense, from tax dollars, we have to find it somehow in a democratically based vision,” he told me. “I don’t think we find that within private foundations.”

Commonalities and a Conclusion

A number of populist conservatives also see what Hackney describes. They see themselves as quite outside of any collective democratically deciding to support or incentivize the agenda of Big Philanthropy. They see, using Hackney’s terms from his article, “the values inculcated and supported through the private foundation system” of the philanthropic establishment as different from theirs.

Going further, these populist conservatives see Big Philanthropy as instead singularly pursuing a progressive agenda that has not been subject to any democratic to-and-fro’ing—and, in fact, indifferent to or even outright dismissive of everyday citizens trying to actually solve social problems, including in the charitable sector. Led by a well-credentialed, supposedly data-driven, managerial elite of detached professionals, tax-upheld philanthropy’s power should thus be somehow checked.

Hackney himself recognizes that there could be what might be considered a conservative case for his call. In a forthcoming Texas A&M Law Review article on social-welfare organizations, he examines three models of democratic justice within which one could evaluate the rationale for tax exemption—liberal, republican, and deliberative. “In making the democratic case,” he writes, “I try to find commonalities among the three in order to further what an agreed upon notion of democratic justice might look like in the tax context.”

In the (small-r) republican model, he thinks, a contemporary conservative could argue for denying exemption to private foundations. “The republican tradition resonates with both the right and the left in our modern political sense of those words,” he writes in the impending piece, and “[w]ithin the republican tradition, the political process is a dialogue in the context of a shared tradition in which the public collectively decides to pursue policies for the community.” A populist conservative might plausibly conclude that establishment philanthropy, in practice, obstructs this collective dialogue—and, again, should be checked.

Hackney also recognizes that any conservative support for the exemption-denial idea need not necessarily be paired with a proposal to raise taxes on the wealthy, one which he and so many others on the left support.

The suggestion to deny tax exemption to private foundations “is shocking in some ways because there’s not that many people saying something like that, even though lots of people think it, because it’s hard for us to envision,” Hackney said.

Would it really be all that unreasonable for some populist conservatives, or those wanting to speak for them or be mindful of their interests, however, to join in Hackney’s call? Would they be accepted in any hypothetical coalition with those on the left who are increasingly harshly critiquing the large American foundations?

Hackney boldly (re-)calls the question of why private foundations exist, yes. More may ask it, no?

This article first appeared in the Giving Review on September 28, 2020.