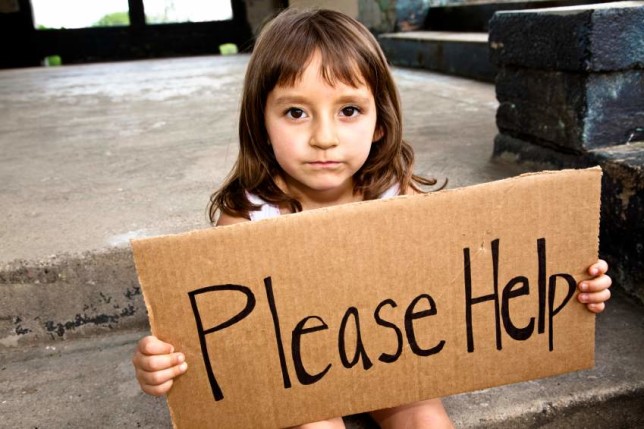 A decade ago “60 Minutes” ran a story about poverty in Africa. The point of the segment was to explain to Americans that terrorists weren’t the only foreigners Americans should be concerned about.

So “60 Minutes” went to Ethiopia, I believe, and encountered familiar tropes—starving and hopeless Africans trying to get a minimum level of sustenance from heroic but beleaguered aid workers. As we saw the starving Africans, the reporter (who I am fairly certain was Scott Pelley) kept asking, “Why don’t Americans care?”

The producers of Poverty Inc. would argue that you’re asking the wrong question. The film, directed by Michael Matheson Miller and produced by the Acton Institute, was screened at the Cato Institute to a packed house. It’s a good film and you should see it.

The reason Poverty Inc. is effective is that as much as possible they talk to people, many of them African, who discuss the effect that aid has on their countries. The result is to quietly recommend capitalism rather than handouts as the solution to fighting poverty in the Third World.

They have several surprising voices in their list of interviews.[1] Joel Salatin is well known for running Polyface Farm, profiled in Michael Pollan’s The Omnivore’s Dilemma. Salatin explained that while at the International Slow Food Convivium he spent a lot of time listening to Africans and they all had the same complaint: they all wanted to develop locally-sourced agricultural products but couldn’t because they competed against freebies dumped on them by the West.

Another surprising and informative source was Manhattan Institute fellow Theodore Dalrymple. I’ve read Dalrymple for 20 years, since he began writing grumpy columns in The Spectator about welfare-receiving losers (what Australians call “dole-bludgers”) that he had to see in his psychiatric practice. But apparently in the 1980s he was involved in international development. He describes how he was a consultant in Equatorial Guinea. The country’s strongman had a simple rule about electricity—it was on whenever he was in the capital and off whenever he left. One day Dalrymple decided to count the number of aid organizations with offices in Equatorial Guinea’s capital. He discovered there were 27 of them—and Equatorial Guinea is a very small country.

We also learned that microfinance, while a good thing, was plentiful in the Third World, what was desperately needed were companies that would loan to small and medium enterprises (or “SMEs”). Ghanaian entrepreneur Charles Wends explained that he employed 15 people to cut up pineapples for pineapple juice. He’d love to grow his business, but he can’t, because no bank will loan him any money. There are plenty of loans for very small businesses and large ones in his country, but not for the medium-sized businesses that create a lot of jobs.

I also enjoyed learning about Corrigan and Shelley Clay, who went to Haiti to adopt some orphans. They then realized that 80 percent of the children in Haiti’s orphanages were “social orphans”—they had one parent who was living, but couldn’t afford to buy food or clothes for their children, so they abandoned them to orphanages. The Clays decided to change this by putting women to work making earrings, jewelry, and crafts. They say they have helped 200 women in Haiti get and keep jobs through their business incubator The Apparent Project and Papillion Enterprise, which designs and sells jewelry and crafts.

Finally, I give Poverty Inc. credit for introducing me to Franco-Senegalese entrepreneur Magatta Wade. I had never heard of Wade before. Her company, Thiossan sells skin-care products for women using Senegalese ingredients. She is a sharp, forceful, and effective speaker who has no patience for fools or knaves. I hope to hear more from her.

Poverty Inc. is available on Amazon and iTunes, and is well worth watching.

[1] Note to the people behind the Poverty Inc. website: you should have a list of your interviewees somewhere on your site. I shouldn’t have to look them up in Variety.