A Conversation with Terry Considine (Part 2 of 2)

The former Bradley Foundation chairman talks to Daniel P. Schmidt and Michael E. Hartmann about short- and long-term grantmaking strategies, the politicization of philanthropy and donor freedom, the imbalance between left and right among major givers, and what conservatives should try doing about it. 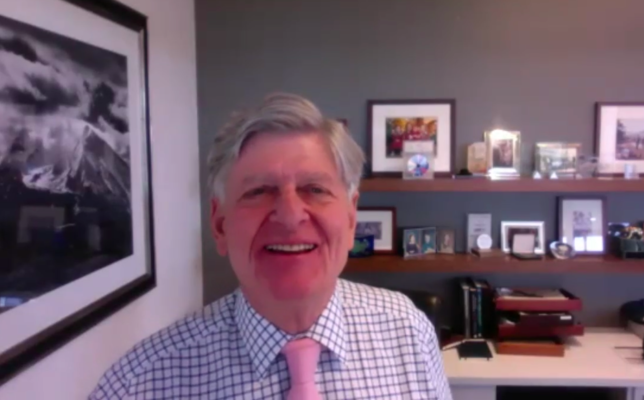 Terry Considine is a successful Denver-based real-estate investor—including having founded AIMCO, the Apartment Investment and Management Company, among other things. He has also served in the Colorado state legislature and been involved in several statewide Republican political campaigns, including his own and others’. And he has been a longtime member of The Lynde and Harry Bradley Foundation’s board of directors, including as its chairman.

Considine’s interests are wide-ranging, his intellect is hearty, and his good nature is welcoming. From an Irish Catholic family of 11 children, he’s quite at home amidst—in fact, he seems to enjoy—some serious hurly-burly.

His tenure on Bradley’s board ended earlier this year. It was a pleasure for us to have been on the foundation’s program staff during those many years of his on its board, so we thought we’d try to talk to him again. He was nice enough to join us for a conversation last week.

In the first of two parts of our discussion, which is here, we talk about Considine’s decades’ worth of experience in real-estate investing, politics, and philanthropy. In the second part—the 11-and-a-half minute video below—we discuss short- and long-term grantmaking strategies, the politicization of philanthropy and donor freedom, the imbalance between left and right among major givers, and what conservatives should try doing about it.

In formulating and implementing grantmaking strategies, “the long-term is a series of short terms,” according to Considine, and “we can’t look at the long term in a way that gives us a pass about doing something in the short term about the plenty of urgencies and things that need to be addressed today.”

There is an “issue of politics being increasingly funded by nonprofit institutions and I think that, in large part, may be understood as not true philanthropy,” Considine said. It may comply with the Internal Revenue Code, “but it’s not truly philanthropy in the sense that we’ve used” the term.

“I would defend the donors’ right to spend their money to advance their causes and, doggone it, they do,” he added. “I’m not attracted to the idea of the government deciding what activities are particularly philanthropic versus others that are not.

“If there were no tax advantage, people would still be philanthropic,” Considine later notes, but “I think there can be a public policy that says it’s a good idea to encourage philanthropy, right and left, … a broad encouragement.”

If conservative givers, he said, are “to remain relevant, we have to be much more effective than the others and it wouldn’t hurt to have more capital.”

This article originally appeared in the Giving Review on June 28, 2022.