The writer, analyst, and podcast co-host talks to Michael E. Hartmann about how conservative philanthropy was caught flat-footed by the political ascendancy of conservative populism in 2016 and progressive and populist discontent with elites, potentially including nonprofit and philanthropic ones. 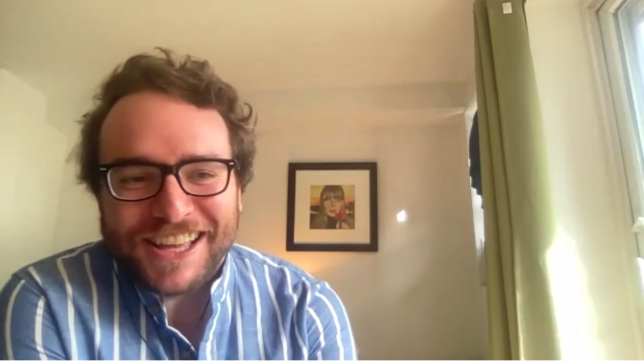 By its own description, the Know Your Enemy podcast co-hosted by Sam Adler-Bell and Matthew Sitman, sponsored by Dissent magazine, is “a leftist’s guide to the conservative movement”—which it generally takes seriously and discusses knowledgeably.

Adler-Bell is a writer and policy analyst who contributes regularly to many publications that would be considered on the left. Sitman is the associate editor of Commonweal magazine and writes widely elsewhere, as well.

Both Know Your Enemy and their writing cover the ideas and personalities of the right, often including the role of philanthropy in supporting and influencing those ideas and personalities. According to Adler-Bell’s December 2021 article in The New Republic, “The Radical Young Intellectuals Who Want to Take Over the American Right,” for example, “because the right is not exempt from the iron laws governing left-wing nonprofits, highly educated elites tend to run Republican institutions, too.”

The podcast occasionally features conservative guests—including one of those “radical young intellectuals,” Ryan Hochman, in an engaging episode late last year that is still worth a listen.

Adler-Bell was kind enough to join me for a conversation last month. The just less then 18-minute video below is the second of two parts of our discussion. In the first part, which is here, we talk about ideas, why we believe in the ones we do, and how sophisticated argumentation can better help us know that.

In the second part, we discuss how conservative philanthropy was caught flat-footed by the political ascendancy of conservative populism in 2016 and progressive and populist discontent with elites, potentially including nonprofit and philanthropic ones.

“Clearly,” conservative philanthropy was “caught flat-footed by the rise of Trump. I know you agree with that. In a way, Trump had neither the backing of, nor was he sort of informed by, Conservative, Inc. In some ways, [he] ran against conservatives,” Adler-Bell tells me. “I remember watching the debates in 2015, 2016, and just and finding it actually thrilling. I’m sure you found it maybe more concerning … Conservative philanthropy has been sort of catching up” ever since.

“Certainly,” among many progressives, he says, there’s some chafing at

the sort of nonprofit left, which is overly professionalized. They go to the same wealthy universities and then [we] end up with a bunch of people speaking the same language that’s alienating to the base Democratic voter, not to mention Republican voter. So I think there’s a backlash to that in the Democratic party, too, yeah, but I don’t know if that translates into a hostility to philanthropy as such.

Having said that, Adler-Bell later notes, “I would go in for a lot of taxing of endowments of massive private, nominally nonprofit, but massive landowning universities and stuff like that. It doesn’t seem like it’s in the offing,” though. Having said that, he also notes, “people on the right think, Oh, all left-wingers love Yale. It’s like, no, not really.”

This article originally appeared in the Giving Review on April 5, 2022.