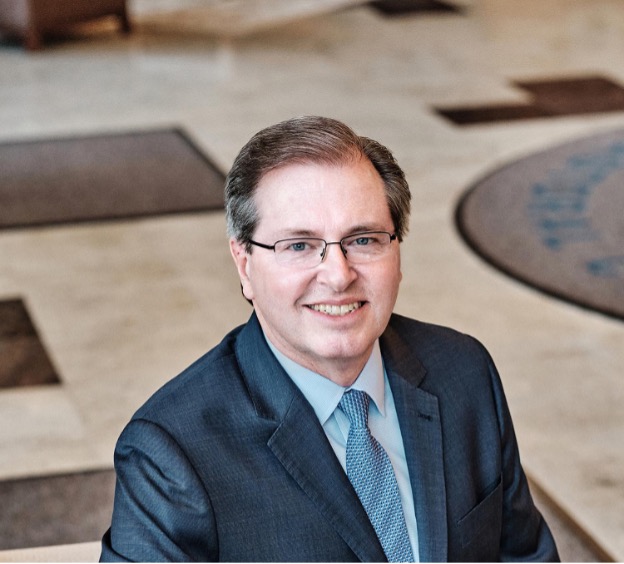 The educational administrator talks to Daniel P. Schmidt and Michael E. Hartmann about Catholic education and identity, creating a community of learners and believers, and the challenge of raising money for its mission in the current culture.

Thomas W. Carroll joined the Catholic Archdiocese of Boston’s Catholic Schools Office as superintendent in 2019, before which he held several positions at several various education-related nonprofits—including ones that ran schools and others that engaged in public-policy research and advocacy. He was also New York Gov. George Pataki’s deputy director for regulatory reform and played a leading role in the adoption of New York’s charter-school law.

The engaging Carroll is steadfastly principled and effective promoter and defender of school choice in general and, in his role as Boston Catholic schools’ superintendent, of Catholic education in particular. He believes their mission, properly understood and implemented, helps create community and academic outcomes. They also help students achieve eternal salvation, about which he is even more passionate.

Carroll was kind enough to join us for a conversation last week. The just more than 18-minute video below is the first of two parts of our discussion; the second is here. In the first part, we talk about Catholic education and identity, creating a community of learners and believers, and the challenge of raising money for its mission in the current culture.

“I think I bring to the job kind of a fresh set of eyes that’s different than if they hired a typical educator and see everything clearly, including all of its warts,” Carroll tells us.

“We have an independent group called the Catholic Schools Foundation that raises roughly about, every year, $10 to $12 million in scholarships that gets spread across the Archdiocese, but with a concentration on school-lunch eligible, low-income kids,” according to Carroll.

We raise a lot of money to make sure that kids are not prevented from showing up because of lack of resources. It’s part of our approach as Catholics—which is we’re here to serve everybody, and that every child is created in the image and likeness of God and we love all of them, not just those who can afford to pay full tuition.

“In the current moment, it’s easier to raise money for charter schools that it is to raise money for Catholic schools,” he later notes. “The reason is, to be Catholic today … requires a certain amount of bravery given what the modern culture looks like, and people in corporate America are generally not particularly brave in terms of controversy. …

“When I converted” 20 years ago, Carroll continues,

In the conversation’s second part, Carroll talks more about Catholic education, the importance of remaining faithful to its core mission of eternal salvation, and the educational and societal benefits of school choice.

This article originally appeared in the Giving Review on November 14, 2022.