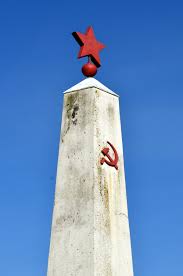 This article originally appeared in RealClearPolicy on February 20, 2019.

The Center for American Progress’ ThinkProgress reported in late January that Daniel P. Schmidt, then vice president for program at the Lynde and Harry Bradley Foundation, “apparently attended a notorious ‘pro-family’ conference in Russia in 2014.” Schmidt—for whom we worked and who is a friend of ours—did, in fact, attend this event.

Furthermore, “according to leaked emails, Russian operatives involved in cultivating the American religious right listed him as attending a swanky gala alongside Russian fascists like Alexander Dugin and now-sanctioned Russian oligarchs like Konstantin Malofeev,” Casey Michel writes in the ThinkProgress article. Schmidt was among almost 140 people on the hacked attendee list, Michel thinks it worth noting, later in the piece. Schmidt attended this event, though it was more of a conventional cocktail reception.

The article was wrong and unfair in other, more-substantive ways, as well, and devoid of context—probably all purposefully. It was decidedly more Progress than Think.

Here’s some relevant context—historically informed, but too late for Michel. Liberals were still skittish about anti-Sovietism as Bradley’s modern iteration began in 1986, when Schmidt was there. Its fellow philanthropies on the left at the time were funding “nuclear-freeze” demonstrations and, like Jimmy Carter, lecturing others about the “inordinate fear of Communism.”

Bradley was one of very few foundations in America willing to support samizdat literature and other guerrilla tactics to challenge Soviet Communism “on the ground” at a time when that was very dangerous. The funding allowed the materials’ printing, sometimes on extra-thin paper for easier smuggling, and underground distribution, often by churches and labor groups.

Bradley’s grantmaking also supported the thinking and activities of courageous anti-Communist dissidents like Vladimir Bukovsky of Russia and Adam Michnik of Poland, as well. No oligarchs, they. Michnik was closely allied with Solidarnosc, the faith-inspired opposition to Polish Communism.

Domestically, Bradley also funded research and analysis by scores of foreign-policy and national-defense academics and experts, almost all of whom would fairly be considered “hardline,” aggressive anti-Communists. This foundation interest continued; John Bolton is a Bradley Prize recipient, for example.

Specifically, Bradley’s grantees in both these “on-the-ground” and other areas included the National Endowment for Democracy (NED), Freedom House, think tanks, and universities, among others. Again, Schmidt was then at Bradley, which was beginning to become considered one of the more-effective foundations in the country.

After the Fall of the Wall, Helping the Rise of Civil Society

After the fall of the Berlin Wall in 1989 symbolically ended the Cold War, Bradley’s grantmaking did not forsake Eastern Europe in general or the former Soviet Union in particular. The foundation supported efforts to tell the truth about what happened, for history’s sake and all of ours. It helped fund the “Memorial” group, founded by human-rights activist Andrei Sakharov, which posted the names of Gulag victims in public squares all around the former Soviet Union, for example.

Consistent with what it was doing at home in America, Bradley was also keenly interested in trying to help stimulate the rebirth of civil society in what was a post-Cold War uncultivated social landscape in the former Soviet Union.

In the U.S., Bradley’s work to help revitalize civil society helped increase the level of attention given by policymakers to existing and potential private solutions to the most-challenging social problems—most prominently including parental school choice and work-based welfare reform—and helped pave the way for George W. Bush’s community and faith-based initiative. This interest continues, too; with Bradley support, the Manhattan Institute will soon confer Civil Society Awards on nonprofit leaders and name Civil Society Fellows who are solving social problems.

Both here and abroad, included in the de-Sovietized Russia, Bradley’s bolstering of civic renewal and that which it could do to solve social problems naturally included support of religious and faith-based groups that were, well, actually working to renew civil society—again, “on the ground.”

It helped the non-oligarchal Sisters of Mercy, for instance, take care of troubled youth in Novosibirsk. It helped Islamic women’s groups do the same in Kazan, where it also equipped the non-Soviet equivalent of boy-scout groups, for other instances. It brought gang members to events where they could share their experiences and how they overcame them, and how they could help others do so. It once brought along American youth who had been on similar journeys of redemption. It assisted projects of the Salvation Army.

Relatedly, Bradley supported discussions and conferences on inter-religious dialogue about social challenges, within Eastern Orthodoxy, among Christianity, and between Christianity, Judaism, and Islam. In that vein, with others, it supported concerts by Russian Orthodox Bishop Hilarion Alfayev, a composer and conductor—including at the Vatican, at the Highland Park Presbyterian Church in Dallas, and at the Basilica of the Immaculate Conception in Washington, D.C. Educationally, it funded what’s now the Russian-American Christian University and the Ukrainian Catholic University (UCU) in Lviv.

Yet again, Schmidt was at Bradley for all of this and personally played an active role in it, including regularly traveling to Russia and helpfully building relationships and trust with people from all backgrounds there. He now serves on the board of the American-based Ukrainian Catholic Education Foundation, which backs UCU. Schmidt’s connection to the Catholic university that educates future leaders in Western Ukraine wouldn’t exactly win the approval the Vladimir Putin to whom the Center for American Progress intimates Schmidt is so close.

The left’s newfound fears of Russia proverbially seem a little bit of “a day late and a dollar short”—though decades worth of days and maybe tens of millions of dollars short, actually. It would have been helpful to have had philanthropies of the left riskily fight for freedom alongside Bradley and some others against the U.S.S.R. 30 years ago, but our fellow-traveling foundations were not there.

After the Cold War, there were efforts—modestly supported by Bradley, with Schmidt playing a leading role — to engage international and some Russian groups, even religious ones, in good “on-the-ground” activities and public discourse about civil society, including the future of the family, and its relationship to the state. If in the eyes of the calumnious and newly interested left, that didn’t reflexively make one a fascist sympathizer, well, one could think of that as a nice step in the right direction.