A Call for Intellectual Humility 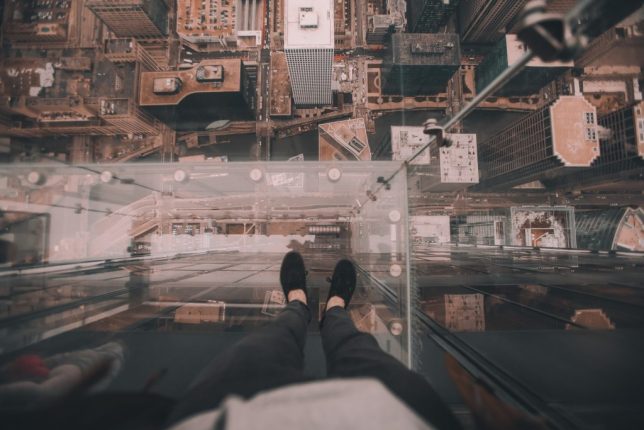 This article originally appeared in Philanthropy Daily on September 25, 2018.

The program officers who work in the commanding heights of skyscrapers in Manhattan, Chicago, or Seattle have many problems in how they see the world. But the premise from which all their problems cascade is that they think they have the answers to the world’s problems. After all, these program officers are among the pillars of the cognitive elite. They went to the right undergraduate and graduate schools. They know the world’s greatest thinkers. Editors at top newspapers and magazines are eager to publish their commentaries on the issue of the day.

But Andy Smarick, writing in the Weekly Standard, thinks they ought to read F.A. Hayek to learn a little intellectual humility—and be better able to do their jobs.

Smarick directs domestic policy programs at the R Street Institute. His expertise is in education; I’ve previously written about pieces he’s written on charter schools and funding apprenticeships. Although his piece is addressed to government policymakers, all of the wisdom Hayek offers ought to be heeded by private grantmakers as well.

Hayek is best known as one of the 20th century’s greatest economists. But he also had a great deal to say about the limits of knowledge.

Smarick discusses Hayek’s important 1945 paper “The Use of Knowledge in Society.” Hayek argued that it is impossible for central planners to be effective because they don’t have enough information to be able to make wise decisions. Here is Hayek’s key sentence:

“The knowledge of the circumstances of which we must make use never exists in concentrated or integrated form but solely as the dispersed bits of incomplete and frequently contradictory knowledge which all the separate individuals possess.”

Hayek followed his 1945 paper with The Counter-Revolution in Science (1952). In it, Hayek warned about observing societies “telescopically.” He believed that many of the connections that build our society come out spontaneously from the associations individuals freely make. Since we don’t know most of the connections individuals make, planners looking at the people they regulate through their policy telescopes could inadvertently cause more harm than good.

Smarick notes that G.K. Chesterton came to a similar conclusion in a rule that’s come to be known as “Chesterton’s Fence,” which Smarick summarizes this way: “Never take down a fence until you are absolutely certain you know why it was put up.”

For an example of top-down, heavy-handed government planning, Smarick looks at the No Child Left Behind Act. When the act was being debated, Smarick was an aide to a Maryland congressman. He noted that his boss worried that the act’s emphasis on reading and math scores as the sole metric for student performance was wrongheaded. No one in the U.S. Department of Education would know if a school wasn’t doing well because of an inept principal, unsafe classrooms, or teachers hamstrung by rule-laden bureaucracies. The congressman believed the act would impose a “cumbersome federal framework” on schools that would have little effect on student achievement.

Smarick’s evolution in ideas was further tempered by his time working on education issues in the George W. Bush White House. There was an argument about whether schools with continued low test scores should get sanctions from Washington.

Smarick and his allies were at first vigorously in favor of the sanctions. But then he realized there were strict limits on what the Department of Education knew. They didn’t know any of the administrators or teachers at the school, and they couldn’t react quickly if test scores improved. So ultimately Smarick decided that further punishment from Washington wouldn’t affect student achievement.

By contrast, Smarick says, look at charter schools. The process of chartering, if done properly, devolves a great deal of power to the people running a school. It assumes that given a relatively free hand, a school’s principal and teachers will come up with the best way to educate children. Policies like charter schools and charitable choice in welfare reform give people choices and options. That’s better than commands from mandarins who see the world from the rarefied heights, where people are little more than tiny dots.

To my mind, everything Smarick says about the role of government could be applied to foundations. About half of the case studies I wrote in my book, Great Philanthropic Mistakes, are ones where high-ranking program officers at leading foundations tried to fund grants to reach pre-ordained conclusions and then were bitterly disappointed when things didn’t work out.

The Ford Foundation’s “Grey Areas” program from 1959-1965 began with the premise that if they broadcast their requirements for welfare reform grants widely enough, groups would spontaneously emerge to spend Ford’s money. The program officers, led by Paul Ylvisaker and David Hunter, did very little for three years because they didn’t want to tell recipients what to do but potential groups weren’t really clear on what Ford wanted.

Smarick has another quote from Hayek (this time from The Road to Serfdom) that program officers ought to memorize:

“There is little question that almost every one of the technical ideals of our experts could be realized within a comparatively short time if to achieve them were made the sole aim of humanity.”

Every generation of program officers think they can avoid the mistakes of the previous generation. We’re smart! We learn from mistakes! We have Ph.D.’s! We have the Internet! Our moonshots will work!

Like I’ve said before: philanthropy needs more small bets and fewer “moonshots.” Program officers ought to limit their expectations: improving a school rather than education reform, helping the poor in a community rather than editing the welfare state.

Replace “government” with “foundations” in Smarick’s conclusion, and you will have some wise advice for philanthropists:

“Government can be modest if politicians and policymakers appreciate the limits of central agencies, the complexities of individuals’ lives, and the spontaneous order around us,” Smarick writes. “If public officials have as their North Star the empowerment of others, then government leadership can be meaningful, exhilarating, and inspiring. It can be deeply humble.” 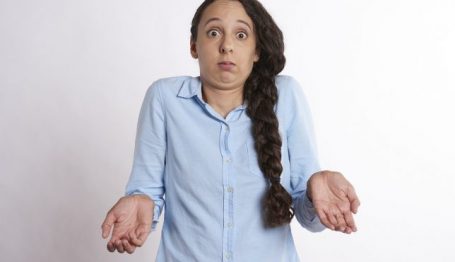