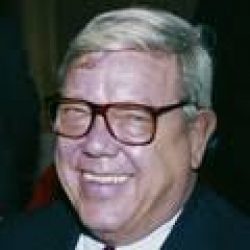 Thomas Winter was for more than four decades been the guiding force behind Human Events, the national conservative weekly that was Ronald Reagan’s favorite publication. He became the Editor in 1964, Co-owner and President in 1966, and assumed the title of Editor-in-Chief in 1996. He served as editor in chief emeritus of HumanEvents.com. Tom currently serves as Treasurer of the Conservative Victory Fund and is First Vice Chairman of the ACU.

Thomas Winter earned a bachelor’s degree in 1959 and an MBA in 1961, both from Harvard University.