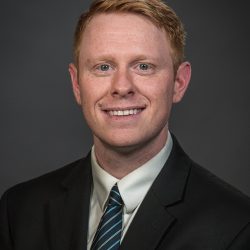 Ian grew up in California and Florida until he served a mission for the Church of Jesus Christ of Latter-Day Saints in Georgia and South Carolina. While in college he ventured out to Washington DC for an internship at the National Taxpayers Union Foundation in 2014. The following year, he graduated from Brigham Young University-Idaho in Economics. He began another internship at Capital Research Center in September of 2016 and joined the staff in April the following year. He enjoys music, sports, and volunteering at his church.