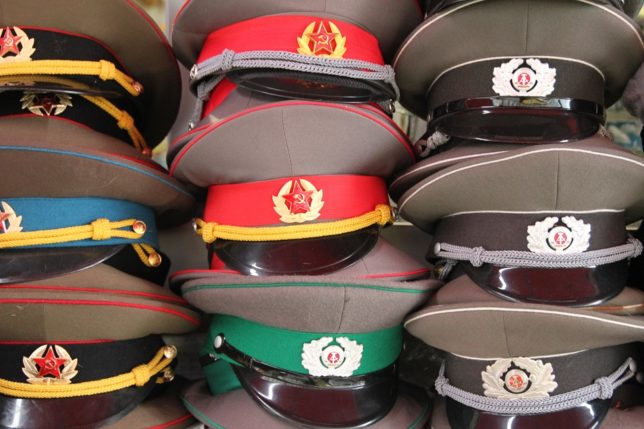 Wikipedia (according to Wikipedia) has “500 million unique visitors per month” and is the “largest and most popular general reference work” on the internet. Facebook and YouTube rely on it to “help readers detect fake news by suggesting links to related Wikipedia articles,” even though critics note that wiki pages are “subject to manipulation and spin in controversial topics.”

For example, there is the current entry for the Communist Party USA (CPUSA). It’s such a misleading and whitewashed history that it’s reasonable to suspect it was written by current party members. Facts have no relevancy for this corner of controversial history if this is what Facebook and YouTube are using for fact-checking.

The CPUSA turns 100 years old this month. From the beginning it was a puppet of the communist gangsters who ruled Soviet Russia. With the dissolution of the Soviet Union in 1991, the American puppet has outlived its former master by 28 years. While it’s no longer so important who (if anyone) pulls at whatever tattered strings still attach to the CPUSA, it’s terribly important we never forget people such as Joseph Stalin once did.

In their book The American Communist Movement: Storming Heaven Itself, historians Harvey Klehr and John Earl Haynes note the CPUSA was created when two feuding American communist parties (both born in the summer of 1919) dutifully obeyed an order to merge that came from Soviet Russia and its revolutionary founder, Vladimir Lenin. There were two communist factions in America, and while both agreed that “insurrectionary violence” would be needed to force a communist revolution, they disagreed on how stridently to emphasize it versus other objectives.

Yet, the only reference to the founding era of the Communist Party USA in the Wikipedia entry is the first sentence of the summary:

That doesn’t just downplay the advocacy of violently overthrowing the American republic and the control over the American Communists exercised by Soviet Russia—it ignores those facts to the point of telling a lie by omission.

American Communists continued to dance to Moscow’s tunes. Soviet archives released after the Cold War and declassified reports from the U.S. “Venona” counter-intelligence project proved a lot of the CPUSA’s activities were traitorous. Klehr and Haynes wrote in 2006 that the CPUSA operated “as an auxiliary to Soviet intelligence” during the Cold War and as “a fifth column working inside and against the United States.” Among the examples they cite is Earl Browder: the declassified material shows Browder helped both the KGB and the GRU recruit spies.

Browder was the CPUSA leader through the very critical years of 1934-1945, covering the last years of the so-called “Red Decade” of the 1930s— the undisputed most successful years of the CPUSA’s history—and then through all of World War II. CPUSA later expelled him for advocating that the communists work within, rather than against, the American two-party system.

Yet the Wikipedia entry for the CPUSA makes just three references to this colossal figure: once in a mere list of leaders of the party and twice in another list noting his two appearances as the CPUSA presidential candidate (1936 and 1940). There is no narrative about him at all, and certainly nothing telling of his spying against the United States, nor his influence within the CPUSA.

Another infamous moment in the history of both the Communist Party USA and the Soviet Union was the 1939 Nazi-Soviet Pact—the treaty of non-aggression signed between Hitler and Stalin that gave the Nazis the green light to invade Poland and start World War II.

During the four years prior to the agreement, the CPUSA—again, taking orders from Moscow—had become the leading left-wing opponent of the Nazis and outspoken supporters of FDR’s New Deal. Writers, intellectuals, lawyers, doctors, etc.… many left-of-center Americans with a particularly strong hatred of Nazis were welcomed into the CPUSA. The Jewish community, obviously one of the first to recognize the threat posed by Hitler, provided an outsized number of new CPUSA members. Haynes and Klehr write of this period that the Communist Party USA “enjoyed the greatest successes in its history, never to be matched again.”

This all ended with the Nazi-Soviet Pact of 1939 when (once again, under orders from the Soviets) the CPUSA pivoted away from its severe hostility toward Nazi Germany. Haynes and Klehr write that the influence and membership gains (particularly within the Jewish community) quickly “drifted away” as the CPUSA “demonstrated that none of its principles was as precious as loyalty to the foreign policy of the Soviet Union.”

The hit to party membership after the betrayal of the Nazi-Soviet agreement doesn’t figure in the CPUSA Wiki entry. Indeed, the Nazi-Soviet Pact—one of the last century’s most important events—isn’t mentioned at all. Instead, the Wiki history blames just about everything else:

As the decades progressed, the combined effects of the second Red Scare, McCarthyism, Nikita Khrushchev’s 1956 “Secret Speech” denouncing the previous decades of Joseph Stalin’s rule and the adversities of the continued Cold War mentality, steadily weakened the party’s internal structure and confidence. Party membership in the Communist International and its close adherence to the political positions of the Soviet Union made the party appear to most Americans as not only a threatening, subversive domestic entity, but also as a foreign agent fundamentally alien to the American way of life. Internal and external crises swirled together, to the point where members who did not end up in prison for party activities tended either to disappear quietly from its ranks or to adopt more moderate political positions at odds with the party line. By 1957, membership had dwindled to less than 10,000, of whom some 1,500 were informants for the FBI.

There are two important similarities regarding these critical historical omissions and others within the Wiki entry. In each case, the missing facts are both highly relevant to the CPUSA’s history AND cast a very ugly shadow on the behavior of the CPUSA and/or its prominent leaders.

The entry runs to a dozen printed pages with five additional pages of footnotes and sources (several of those even pointing to Klehr and Haynes). It is impossible to imagine the contributors who wrote it for Wiki being ignorant of the major truths they omitted.

The most reasonable explanation is that that entry and possibly (probably?) others on controversial topics are too often works of cleverly edited propaganda. Facebook and YouTube will be spreading fake news rather than rooting it out if Wiki pages such as these are the standard for fact-checking. 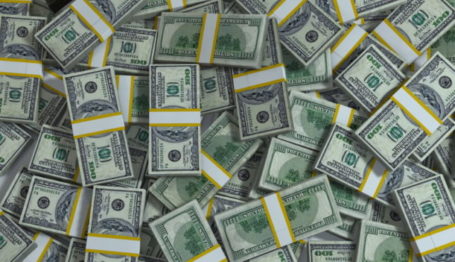