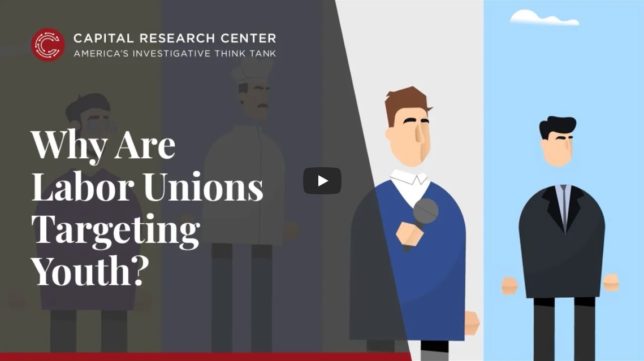 Today’s labor unions have a big problem: membership. As of 2020, less than seven percent of private-sector workers were part of a union. And membership rates have been plummeting for years.

But labor leaders think they have a plan to turn things around: Target and organize the next generation of workers. If you’re between the ages of 18 and 34, Big Labor Wants You!

Labor unions have one major motivator for growing their ranks: money. The steady drop in membership has meant a drop in the amount of dues unions take in. And unions losing money is bad news for their allies on the political Left, who rely heavily on the funding they receive from unions each year.