Who Holds the Campaign for Accountability Accountable? 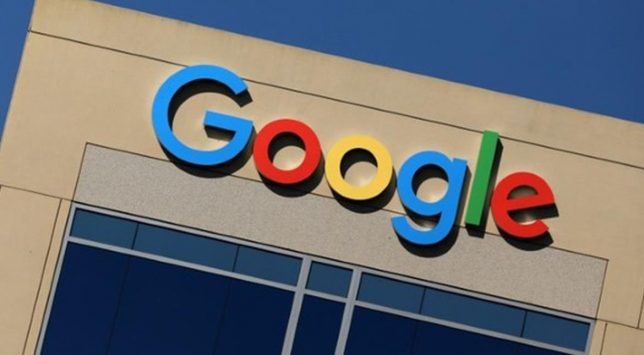 Right-leaning groups have good reasons to criticize Google. The tech company has a well-established reputation for favoring left-leaning causes and for punishing intellectual conservatives. For a company whose slogan used to be “Don’t be evil,” Google has positioned itself as the thought police of the internet. But that doesn’t mean left-leaning groups find Google blameless.

The Google Transparency Project (GTP) arguably leads the Left’s opposition to Google. It objects primarily to Google’s access to government officials through lobbying. GTP (which is not affiliated with Google) claims it wants to expose the tech giant’s influence “behind the doors of corporate boardrooms and government offices.”

The group started in 2015 to “assemble comprehensive materials cataloging Google’s influence,” and over the next four years, GTP uncovered materials used by others on the Left and Right to attack Google for its close connections to the Obama White House. Its mission statement is vague about policy beyond the disclosure of Google’s lobbying and donor activities, but it presents itself as a center-left “crowd-sourced investigation.”

More controversially, the project laid out a series of conflict-of-interest accusations against academics who have praised Google or conducted research that presented the company in a positive light. For instance, when the Wall Street Journal broke the story that Google donated to academics who conducted favorable research for the company, GTP took the original story a step further and targeted intellectuals with tangential connections by withholding needed context. Nevertheless, the project’s executive director, Dan Stevens, used the extremely open-ended term “indirect” contributions, to justify the decision.

GTP’s website notes that the group is a project of the benign-sounding Campaign for Accountability (CfA), a 501(c)(3) nonprofit that claims to be a “nonpartisan watchdog.” CfA’s accountability campaigns have historically targeted Republican Party politicians for supposed ethics violations. The left-wing litigation-activist group American Oversight represented CfA in its investigative lawsuits against the former Trump-appointed EPA administrator Scott Pruitt. American Oversight’s staff includes alumni from the left-wing hit groups Citizens for Responsibility and Ethics in Washington (CREW) and American Bridge 21st Century­.

CREW is a fake “watchdog” organization, which has a long history of criticizing mostly Republican lawmakers under the cover of “impartiality and accountability.” CREW is part of Clinton operative David Brock’s network of opposition research groups; they’re closely associated with George Soros’s Open Society Foundations.

But GTP’s credibility as a “watchdog” organization is a facade. For a group that claims to support “transparency,” GTP keeps a tight lid on its own origins and current funders.

Google’s leadership is hardly right-leaning, but CfA’s “transparency” campaign against the company shouldn’t be taken as proof of the group’s neutrality. In fact, the CfA’s left-wing orientation appears to be a paid hit—against the Left.

That’s because CfA was formed in 2015 as part of the New Venture Fund, a major left-wing funding and incubation nonprofit managed by the consulting firm, Arabella Advisors. The New Venture Fund is becoming known for its “pop-up” campaigns—complete with websites designed to look like niche grassroots advocacy organizations—which it maintains alongside its advocacy arm, the Sixteen Thirty Fund. In 2016, the group transferred from the New Venture Fund to the Hopewell Fund, a smaller “sister” nonprofit also controlled by Arabella Advisors. (Arabella’s nonprofit entities form a “mercenary” network for left-wing clients to invest their money in tailor-made “grassroots” groups. Read more about Arabella’s vast network of influence here.)

Considering the Campaign for Accountability’s shadowy origins on the professional Left, it’s little wonder that the Google Transparency Project refuses to disclose its own donors, even when asked by supportive media sources. It turns out that Oracle, a major technology company locked in a $9 billion intellectual property lawsuit, admitted to partially financing the Google Transparency Project. Oracle did not disclose how much it financed, however. No other person or group has come out as a GTP donor. Other Google competitors such as Microsoft deny any financial relationship with the mercenary project.

But GTP apparently doesn’t think that this constitutes even an “indirect relationship,” because why else would the project preach openness in corporate America and at the same tie conceal a near-direct special-interest motive?

So, who watches the so-called watchdogs? There’s no doubt that Google can be criticized for its role in advancing authoritarian, left-wing agenda under the guise of “fact-checking” and eliminating “hate speech.” That deserves fair criticism, especially if Google wants to avoid being “evil.”

But it’s clear that the Google Transparency Project and the Campaign for Accountability are activist groups—not the impartial watchdogs they pretend to be.