Who Funds the Funders’ Committee? 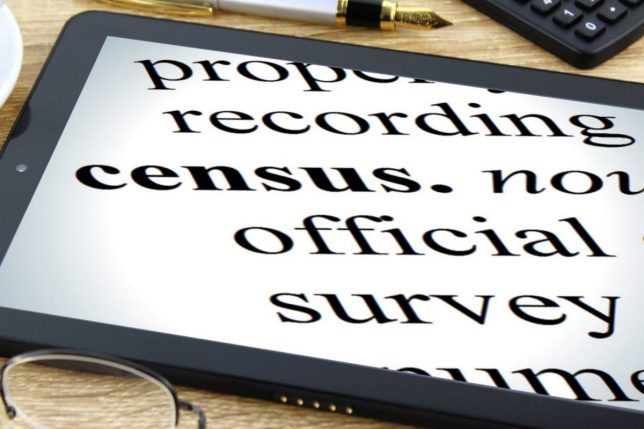 This is the first piece in a developing series about the politicization of the 2020 U.S. Census.

Just who is the Funders’ Committee for Civic Participation (FCCP), and why should anyone care? You may not have much interest in the FCCP, but they’re certainly interested in you—and your vote.

The FCCP, which Capital Research Center profiled in 2015, is a group based in Austin, Texas, that focuses on increasing “civic participation”—voting rates—ostensibly to promote democracy and good government. It’s a nonpartisan organization, it says, dedicated to giving a voice to “historically disenfranchised and underrepresented communities.”

But the FCCP doesn’t exist—at least, not like a real nonprofit. It doesn’t file tax filings with the IRS. That’s because FCCP is a project of NEO Philanthropy, a New York nonprofit that funds voter projects for the Left.

NEO is a pass-through operation. Unlike traditional grantmaking foundations, it operates as a vehicle for like-minded donors and foundations to pool resources and coordinate advocacy activity. And it moves significant sums—$115 million in 1,400 grants in the last five years, according to NEO’s website. As with most left-wing pass-throughs, such as the Tides Foundation, NEO members run the gamut of wealthy liberal grantmakers (see chart below).

The Funders’ Committee for Civic Participation is not a funder itself. Instead, it’s a kind of “donors’ trade group”—unifying left-wing grantmakers to coordinate funding and organizational strategies. FCCP acts as a bridge to the left-wing activist groups who put those strategies into effect. A glance at FCCP’s membership confirms this: the Democracy Alliance, Ford Foundation, Carnegie Corporation of New York, Open Society Foundations, W.K. Kellogg Foundation, Rockefeller Family Fund, Annie E. Casey Foundation, and the Tides Foundation are all FCCP members.

But the FCCP’s activities cast its “nonpartisan” claims into question. The group is run by executive director Eric Marshall and deputy director Alexis Anderson-Reed, longtime activists with backgrounds in state Democratic Party politics and voter mobilization groups. The group’s 2016 members’ conference in St. Paul, Minnesota, kicked off with a welcome message from now-disgraced Democratic Senator Al Franken, who offered his thanks for members “working hard to make sure that the upcoming 2020 census goes smoothly and gives a clear, accurate snapshot of our country.”

The labor unions AFL-CIO, National Education Association, and the union-owned Amalgamated Bank are all FCCP members. They are also politically active in every election cycle, and give almost exclusively to Democrats (AFL-CIO, for instance, has spent $65.3 million in political contributions since 1990, according to the Center for Responsive Politics—2 percent of which went to Republicans).

And why is overtly partisan WIN Minnesota—a super PAC funded by the SEIU, AFSCME, and Alexander Soros—a member of the supposedly nonpartisan FCCP?

FCCP’s most important project is its Funders Census Initiative 2020, or FCI. This project picks up where its predecessor, FCI 2010, left off—helping to generate tens of millions of dollars and coordinate census worker training ahead of the official 2020 census. That means paying activists and others to gather valuable voter information to pass along to the U.S. Census Bureau and register new voters—voter information that can also be used by Democratic campaigns to target GOTV (get out the vote) election efforts. As one FCCP document, which advises its donors on how to engage in that training, puts it:

[O]rganize a census convening for your grantees to discuss approaches to mobilization and collaboration among field partners who can both recruit and help train potential census workers and support Get-Out-The-Count (GOTC) efforts in their communities.

How well-funded is FCI 2020? Research into NEO Philanthropy’s funding reveals millions of dollars in grants with descriptions such as: “To support four freedoms fund’s work around implementation of administrative relief for undocumented immigrants” and “To launch and manage the Shelby response fund as a donor collaborative dedicated to protecting voting rights in the wake of the U.S. Supreme court’s decision in Shelby County v. Holder” [emphasis added].

While NEO Philanthropy’s pass-through nature makes it impossible to tell how much funding its FCI 2020 project has received, the organization has bragged that “[i]n 2010, FCI helped generate over $34 million in philanthropic support nationwide for the census” [emphasis added]. NEO Philanthropy even lists some of its voter engagement grantees—the American Immigration Council, ACLU Regional Center for Border Rights, United We Dream, and CASA de Maryland—many of whom advocate for illegal aliens. CASA, for instance, is a major supporter of the Deferred Action for Childhood Arrivals (DACA) program and has advocated for giving immigrants living in Maryland illegally in-state tuition for state universities, a preference that U.S. citizens normally obtain only after residing in-state for 12 consecutive months.

The decennial census plays a vital role in governing the republic: determining where Americans live, and how many congressional seats to apportion to their communities. But it’s a political exercise no matter how you slice it—so should tax-exempt, politically interested groups like FCCP really be allowed to do the work of the U.S. Census Bureau?

For more information about the politicization of the U.S. Census, read  The Great 2020 Census Hysteria.