Who Does Represent.Us… Represent? 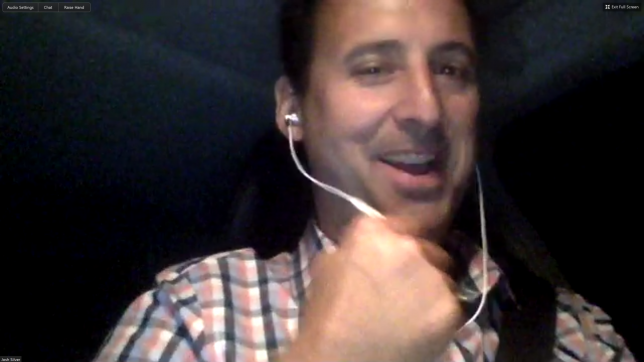 Editor’s Note: Correction to the Clean Elections Law in Arizona, only part of which was struck down as “unconstitutional”

On February 15th, actress Jennifer Lawrence announced that she would be taking a break from Hollywood to focus on politics. As part of her effort to gear up for the November midterm elections, Lawrence has partnered with a little covered, “non-partisan” group called Represent.Us. The unsurprising shift in focus comes after she suggested last year that the deadly hurricanes in Texas, Florida, and Puerto Rico were “Mother Nature’s rage and wrath” in revenge for Donald Trump’s election in 2016.

Founded in 2008, Represent.Us is a tax-exempt organization with both 501(c)(3) and 501(c)(4) education and advocacy arms. Using Represent.Us’ tax-exempt status, the organization has focused its capital on advocating for policies that remove money from politics and put an end to the country’s “broken elections.” Represent.Us calls on supporters to fight for so-called “American Anti-Corruption Acts” at local, state, and federal levels to in-part change how elections are funded.

Despite the Represent.Us’ vague goal of removing money from politics, the organization is openly funded by proceeds from groups that are notoriously active in funding political advocacy and causes like the Tides Foundation, Park Foundation, Rockefeller Brothers Fund, Sixteen Thirty Fund, and many other left-of-center groups. In 2016 alone, Represent.Us received over $5 million in donor contributions and grants.

Ironically, Represent.Us’ own principles mean these groups should personify the exact “money in politics” problem Represent.Us claims to fight against.

Each of the foundations and funds listed above have contributed over $100,000 to Represent.Us. Funding from these groups also goes to support the work of Black Lives Matter, Media Matters, Demos, Planned Parenthood, and other like minded organizations.

Josh Silver, Represent.Us’s founder, is a veteran political operative. In 1998 Silver was the campaign manager for the successful Clean Elections ballot initiative in Arizona. The initiative became state law in 1999 and called for a 5-member commission to decide the amount of money publicly financed politicians would receive in response to private campaign contributions made to other candidates. The law subsequently raised state taxes to publicly finance the remaining election imbalances between political candidates. In 2011, after a 5-4 Supreme Court ruling, the portion of the Clean Elections Law that supported matching private campaign contributions with state public financing was ruled unconstitutional. Chief Justice John Roberts wrote the majority’s opinion:

Arizona’s program gives money to a candidate in direct response to the campaign speech of an opposing candidate or an independent group. It does this when the opposing candidate has chosen not to accept public financing, and has engaged in political speech above a level set by the State. The professed purpose of the state law is to cause a sufficient number of candidates to sign up for public financing… which subjects them to the various restrictions on speech that go along with that program. This goes too far; Arizona’s matching funds provision substantially burdens the speech of privately financed candidates and independent expenditure groups without serving a compelling state interest.

Josh Silver is also the executive director of the speech-censoring advocate Free Press, and frequently blogs at the left-leaning Huffington Post. Free Press was co-founded by socialist Robert McChesney, and is one of the main organizations that mounted opposition to the recent FCC repeal of the 2015 Open Internet Order, and has been accused by FCC Chairman Ajit Pai of supporting a “socialist” agenda. McChesney expressed his views on the evils of capitalism in a 2008 interview with the far-left publication Monthly Review:

Represent.Us claims to be bipartisan and says that they bring together “conservatives, progressives, and everyone in between” to push for their organization’s cause, but during a summit put on by Represent.Us’ from February 2-4, 2018 called Unrig the System that bipartisanship was somewhat questionable.

Of the Republicans advertised at the summit, Richard Painter and Buddy Roemer are arguably less than bastions of conservatism. Richard Painter is currently attempting to sue President Trump for a second time after his first lawsuit, CREW v. Trump, was thrown out by a New York federal judge. Buddy Roemer is a former Louisiana Governor that served his term as both a Democrat and a Republican, and in 2012 ran as a presidential candidate for the Reform Party.

Considering the group’s funding from wealthy left-wing foundations, Represent.Us’ claims of bipartisanship are at best a stretch.