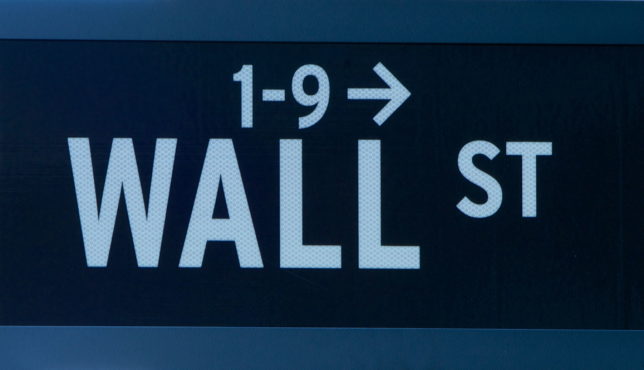 Joe Biden was obviously not the outsider candidate in the 2020 election. From the populists’ perspective, Biden’s more than 40 years in DC speak for themselves: his support of the infamously unpopular Iraq War; the 2005 Bankruptcy Abuse Prevention and Consumer Protection Act, which benefited banks and credit card companies at the expense of consumers; and major trade deals such as NAFTA, which hollowed out America’s manufacturing sector. Everyone knew this during the Democratic primaries, and Bernie Sanders, Tulsi Gabbard, and their supporters were quite vocal about his misdeeds.

But after a class-focused, anti-establishment, highly combative primary season, all Biden’s misdeeds were forgotten. With death of George Floyd and subsequent protests and civil unrest, the game of racial politics returned to reunite the radicals with the establishment. By pushing “racial justice” and coronavirus fears to the fore, the establishment angled it so that the Democratic base got behind the Democratic Party just in time for the presidential election, despite the widely held perception that Wall Street backed Biden.

Trump meanwhile accepted $18 million directly from Wall Street in total, less than his 2016 total of $20 million. Wall Street donors were said to have backed off Trump in the 2020 cycle due to the lack of “predictability” with his presidency, according to comments given to CNBC by an unnamed GOP adviser.

In January 2020, Biden’s campaign chairman Steve Ricchetti met with 90 financiers and Wall Street donors at the Evercore banking firm headquarters in New York, telling them it was time to begin funding Biden in his efforts against the other Democratic primary candidates.

In October, Goldman Sachs’s managing director of government affairs Joe Wall and other Goldman staffers held a phone call with Ash Carter (former secretary of defense under President Barack Obama) briefing their clients on the strong possibility of a Biden victory. Confronted with the fact that Biden’s tax proposal would likely raise their taxes, Wall Street executives appeared to be “shrugging [it] off” as CNBC put it, placing a “big bet” on Biden by funding his campaign and affiliated PACs.

While Bernie Sanders made a big deal about how he did not take funding from corporate America, leading to the other Democrats trying to emulate him, Biden couldn’t have cared less to compete with them in their populist appeals and actively courted the support of the super-rich (having proclaimed at a Brookings Institute gathering that “wealthy Americans are just as patriotic as poor folks,” stating that he didn’t think “500 billionaires are the reason why we’re in trouble”).

At the same time, on the campaign trail Biden shamelessly spouted soundbites like “I really do view this campaign as a campaign between Scranton and Park Avenue” and “All that Trump can see from Park Avenue is Wall Street. All he thinks about is the stock market.”

People in the securities and investment industry spent over $625 million on the 2020 election—these are the people journalists call “Wall Street donors.” That’s the most Wall Street has ever spent on an election. Of that total, $384 million was spent on super PACs, 501(c)(4) organizations, and other outside groups, of which 63 percent was spent on Democrats and 37 percent on Republicans. Comparatively, in 2016 Wall Street spent $579 million, giving 49 percent Democrats and 50 percent Republicans.

The total price tag of the 2020 election was a monumental $14 billion, more than double the $6.5 billion spent on the 2016 election. This surge of spending was driven by Democrats—as even CNN’s Chris Cillizza admits.

Neil Bradley, executive vice president and chief policy officer of the Chamber of Commerce, explained why his organization endorsed 30 Democratic House candidates in 2020. Since members of the Republican Party with the rise of Donald Trump had embraced populist positions on trade and immigration, and members of the Democratic Party had embraced socialist policies and positions, the Chamber had to reach out to centrists in both parties as the business community prefers a political atmosphere with a strong center and a focus on shareholder profits.

This philosophy of centrist reaction to deal with the rise of populism will guide the Chamber in its actions come January, Bradley said. He sees the outsourcing jobs to China only as a matter of national security, preferring to move such jobs out of China and into allied countries. But as far as bringing those jobs back home, he finds such ideas “too simple.”

Koch Eager to Work with Biden

Even Charles Koch seems to be riding with Biden. “We certainly want to congratulate Biden and Harris for this historic win,” Koch said in a Zoom interview on November 11, expressing his hopes that Biden will remove Trump’s tariffs, give protections to illegal immigrants, and reform the criminal justice system.

“We’re going to be looking for common ground and things that we can work together on for as many issues as possible.” The Koch network often sparred with the Trump administration behind the scenes, especially on immigration, which caused the longtime libertarian benefactor of Republicans to fund Democratic races against Trump-aligned conservatives.

Besides high finance and the corporate world, the military-industrial complex seems to have wanted Biden, too.

Over 70 former senior Republican national security officials and 60 other national security hawks endorsed Biden in a statement published by Bill Kristol’s Defending Democracy Together. The statement says Trump “has demonstrated that he lacks the character and competence” to lead the United States by calling NATO obsolete, criticizing the intelligence community, criticizing the state of America’s immigration system, and pointing out that “anarchists” and “angry mobs” were destroying cities during the summer of 2020, which presumably according to the letter did not happen.

In contrast, the statement exonerates Biden, who “has the character, experience, and temperament to lead this nation” and who will “reassert America’s role as a global leader.”

Antony Blinken, diplomat and close confidant to Biden, will serve on his transition team and is likely to play a substantial role in his administration, perhaps even as national security director or secretary of state. Blinken has expressed his view that the United States ought to remain the globe’s leader, advocating for the U.S. military to engage in interventionist warfare and whatever else the role as global hegemon might entail. “As much of a burden as it sometimes seems to play . . . the alternative in terms of our interests and the lives of Americans are much worse,” he said. On a different occasion, Reuters reported Blinken said Trump “gutted American credibility” by withdrawing troops from Syria in 2019.

Biden has voiced similar plans about recommitting to the global initiatives that Trump’s America First agenda eschewed, as seen in his pledge to rejoin the Paris Climate Agreement from which Trump had the U.S. withdraw.

A story circulated online that former vice president Dick Cheney would be joining Biden’s transition team. That was fake news, although Biden has previously expressed admiration for Cheney, calling him “a decent man” and saying, “I actually like Dick Cheney, for real” at a George Washington University event in 2015. This quote circulated on social media websites one week into Biden’s 2020 presidential campaign, shared by liberals who consider Cheney a war criminal, but it seems they have forgotten about that now.

Raytheon Technologies CEO Gregory Hayes called predictions that Biden would cut defense spending “ridiculous,” arguing that Biden displayed a “pretty good approach to national defense” during his time as vice president and senator. Raytheon played a major role in the U.S.-backed, Saudi-led intervention in Yemen that began in March 2015, creating weapons and bombs and ensuring that the U.S. government would buy them by having its contacts among former State Department officials convince their colleagues to approve of the sales, thereby bypassing lobbying disclosures.

More than a third of the people on Biden’s Department of Defense agency review team are involved with the weapons industry either directly or indirectly through think tanks and organizations funded by weapon manufacturers.

What’s interesting to note is that Biden has an affinity for stealing Trumpian tropes, such as decrying “forever wars” for costing us “untold blood and treasure,” a favorite phrase of Trump’s. He is also laying out a plan for bringing manufacturing jobs back to the U.S. that a Bloomberg columnist called “strikingly similar to Trump’s own.”

The chances Biden will deliver on such things is slim, but the establishment figures running Biden’s campaign seem to understand the inherent popularity of the Trump platform and are attempting to co-opt its language with no real intention of actually achieving its objectives.

The Fight to Commandeer Biden

Jeff Hauser, founder of Revolving Door Project, has already assembled a bundle of opposition research on potential Cabinet appointees and has stated that he is “cautiously optimistic” the left-wing of the Democratic Party will be able to steer Biden in their direction and keep away Wall Street, the health care and fossil fuel industries, and other special interests.

Some in the Wall Street world are already feeling buyer’s remorse on Biden according to the editors of Politico’s financial newsletter, who say they have been getting phone calls and emails from “banking industry executives and lobbyists annoyed over many of the names on President-elect Joe Biden’s transitions teams for Treasury, the Fed and other financial regulators.”

If the outcome of the election is not successfully contested by Trump, over the next several months moderates and radicals will battle each other for control over the Biden administration. Given the choices Biden has already made, the powers that be will likely get their way whichever faction wins.