When Protests and Pitchforks Fail, Storm the Boardroom 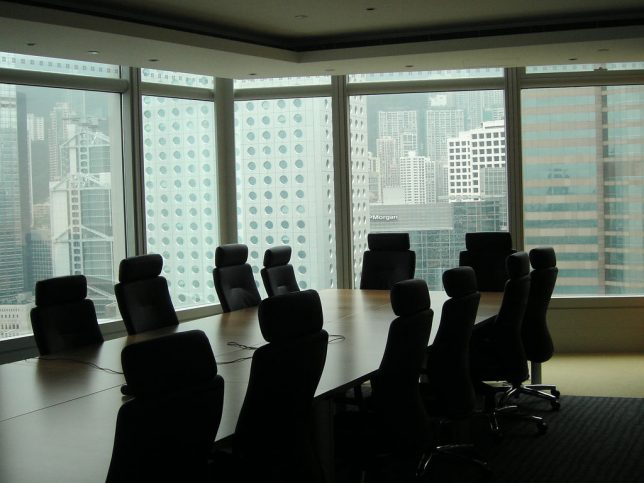 When corporations disregard outcry against their policies, left-wing organizations resort to pressuring companies into change by storming the boardroom with shareholder activism.

Shareholder activism is a kind of hostile takeover of a for-profit entity. It’s a method pioneered by politically active organizations on the Left to change, or advocate for, certain policies within a corporation by buying company shares, and then internally submitting shareholder proposals to be voted on at shareholder meetings. It’s been described as “buy[ing] up a chunk of a company’s shares in the hope of changing something at that business, such as its structure or its decisions.”

Given this relatively small financial buy-in, shareholder activism is an easy craft for even small liberal groups to enter—and this isn’t a new phenomenon. Shareholder activism has been around for decades, though it received heightened coverage a few years ago when organizations like PETA—who became shareholders at SeaWorld, an amusement park in San Diego, California, to protest the treatment of animals—and the Congregation of Sisters of St. Agnes, who used their shares in the aerospace engineering firm Northrop Grumman to propose ending its affiliation with the American Legislative Exchange Council, a conservative nonprofit. Other left-wing actors accustomed to using shareholder activism include the International Brotherhood of Teamsters, the Park Foundation, and the Humane Society.

Shareholder activists cunningly exercise their ownership rights by coercing corporations to change internal policies to align with their own values while disregarding future business success and share value.

Recently, As You Sow—a self-proclaimed “non-profit leader in shareholder advocacy”—sponsored a shareholder proposal last year that called for a report on the use of polystyrene foam cups from the fast-food chain McDonald’s. McDonald’s responded to the proposal, stating that

in light of McDonald’s ongoing sustainability efforts and transparent reporting, we believe that the request is unnecessary and has the potential for a diversion of resources with no corresponding benefit to the Company, our customers and our shareholders.

The proposal garnered about 30 percent of shareholder votes and pressured McDonald’s to make the move towards more environmentally friendly packaging. As a result, McDonald’s recently announced a “plan to eliminate foam packaging from our global system by the end of 2018.”

McDonald’s had already incorporated “environmentally friendly” internal policies when As You Sow proposal was submitted; it forced the company’s hand without regard to future investment value to other shareholders.

As You Sow claims to be “empowering shareholders to change corporations for good” by “directly engag[ing] corporate CEOs, senior management, and institutional investors to change corporations from the inside out.” With assets of just over $1.9 million according to their federal filings, coupled with a relatively small minimum of share ownership to submit proposals, As You Sow has the possibility to strongarm quite a few companies. A glance at data from the website Foundation Search reveals the group’s funders: hundreds of thousands of dollars in grants from George Soros’ Foundation to Promote Open Society, the enviro-activist group Energy Foundation, the Rockefeller Brothers Fund, and the “dark money” group Tides Foundation since 2000.

And As You Sow is active in submitting shareholder proposals. Out of the 41 shareholder proposals between 2010 and 2017 in which As You Sow was the main proponent, 40 were related to “social policy”—the environment, political spending, and lobbying. Almost half of those proposals received at least 20% of shareholders’ votes. That commands more weight than you might think; As You Sow’s proposal to McDonald’s only received about 30% of shareholders votes and, yet, was enough to pressure a commitment from the fast-food chain to eliminate foam packaging.

In an interview with Andrew Behar, the CEO of As You Sow, he described his theory behind shareholder activism to be about how “shareholders are the single most powerful force for creating positive, lasting change in corporate behavior,” because “corporate power has become the most dominant force on the planet.”

But how “positive” is this change in corporate behavior, and who actually benefits from it?

One study conducted by the U.S. Chamber of Commerce (the premier trade group for the business community) questioned whether shareholder activism by labor unions and allied groups benefitted investors. The report (perhaps predictably) concluded that shareholder activism did not benefit investors. But the reason is worth considering: shareholder activism “shows that politicizing the boardroom hurts the millions of individuals who rely on these investments for retirement.”

Shareholder proposals should be submitted with the intent to benefit all shareholders and not just activist organizations who are forcing their organizational missions on larger companies.