What’s the Truth Behind the Origins of the Union of Concerned Scientists? 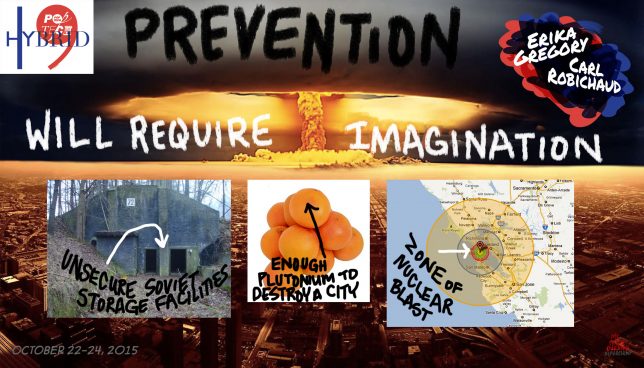 Note: On May 18, we posted an Organization Trends on the Union of Concerned Scientists. Keep reading for more information about how UCS originated as a purely political–not scientific–organization.

“Progressivism” is a political ideology based on the belief that society should be governed by well-credentialed “experts.” It’s a belief-system that is highly attractive to those scientists who double as political activists. In Progressive culture, scientist-activists’ political beliefs, no matter how nonsensical, are taken seriously because of their expert status. Often, that occurs whether or not they are experts in any field of study related to a specific political issue.

The danger of this logical fallacy is clear from the fact that scientists took leading roles in the movements behind white supremacy, eugenics, prohibitionism, Nazism, communism, zero-population-growth, and other extremist ideologies.

The UCS has roots in the reaction of scientist-activists to possession of atomic weapons by the United States.

Scientists in the U.S. atomic bomb project during World War II had been recruited largely from Ivy League schools and other institutions where left-wing extremist political views were accepted as mainstream. Many of these scientists were strong supporters of the project because they assumed the bomb would be used against Hitler and the Nazis, who had double-crossed the scientists’ Soviet allies and were intent on destroying the Soviet Union (which Progressives saw as a sort of motherland). U.S. atomic scientists feared and believed that they were in a race with the Nazis, who were working on their own version of the A-bomb. But the Nazis never built a bomb, and the U.S. bomb wasn’t finished in time to be used against Hitler. Instead, it was used to bring about the defeat of Japan. Importantly, U.S. supremacy—based to a great degree on its sole possession of the atomic bomb—limited the expansion of the Soviet Empire in the aftermath of the war.

Thus, left-wing scientists who had worked feverishly to build the bomb to defeat Hitler and the Nazis, now saw their handiwork used to block Stalin and the Soviet Communists. This, to many of them, was infuriating. Their disappointment and anger grew when the Soviets got the bomb, a development that made possible a two-sided nuclear war. Why, the scientist-activists asked, would the U.S. threaten the world with atomic warfare, when the Soviets (in the scientist-activists’ view) posed little or no threat to other countries? Surely, U.S. policymakers must be mad!

Out of these concerns grew a network of atomic scientist-activists that produced the Bulletin of the Atomic Scientists and the Federation of Atomic (later, American) Scientists in 1945; the Emergency Committee of Atomic Scientists, which included notables like Albert Einstein, Leo Szilard, and Linus Pauling, in 1947; and Szilard and Matthew Meselson’s Council for Abolishing War/Council for a Livable World in 1962, which claimed that year’s election of George McGovern to the U.S. Senate as its first victory.  The Union of Concerned Scientists, a science-themed political group founded in 1969, was a second-generation spin-off of this movement.

UCS was originally made up of scientists so left-wing that they considered mainstream-liberal science groups too moderate. In particular, the scientist-activists who would found the UCS were opposed to the practice of many academics of doing classified research or of working directly for the U.S. government (which, in the Vietnam War era, they considered imperialist).

On March 4, 1969, scientist-activists at the Massachusetts Institute of Technology and some 30 other colleges and universities protested the sponsorship of research by the U.S. government. Spokesmen for the Science Action Coordinating Committee declared that

Some scientists consider their activity [i.e., their involvement in the protest] to be a “strike;” by this they signify a vote of no-confidence in the ability of the Government to make wise and humane use of scientific and technical knowledge.  They are temporarily withholding their services in the manner of a French general strike.

Implicit is the possibility of greater non-cooperation if the Government continues to develop and deploy such weapons as ABM, MIRV, SCAD, and CBW, while neglecting pressing social and environmental concerns.

Some of these scientists are also protesting the involvement of their universities in defense projects or their overdependence on Department of Defense funding mechanisms.

Others consider their action as a research stoppage…a personal commitment toward reforming a set of Government policies that have resulted in the growing power and influence of the military-industrial complex.1

Among the supporters of the non-research campaign were prominent members of the scientists/“peace” movement, including Meselson, physicists Hans Bethe and Herbert York, biologist George Wald, and linguist Noam Chomsky, along with Sen. George McGovern (D-S.D.), who would be the Democratic nominee for president in 1972.2

The UCS was the organization that grew out of the March 4 protests. In the years since, UCS has provided a scientific cover to false views on such topics as ballistic missile defense and the alleged vast conspiracy to cover up catastrophic man-made global warming.