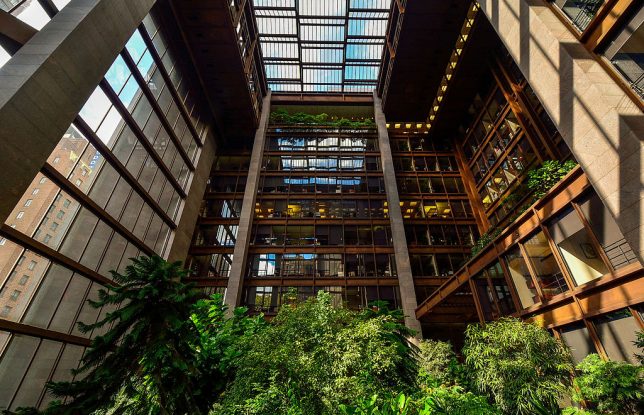 The Ford Foundation, founded by pioneering industrialist Henry Ford, is one of the largest foundations in the United States with some $12.5 billion in assets. It’s also a major funder of liberal organizations and institutions, giving millions of dollars each year to advance the kind of left-wing activism its conservative founder opposed in his lifetime.

In her new role within the Ford Foundation, Pennington will oversee the foundation’s programs across the globe in an effort to increase efficiency within the organization.

Pennington was previously the vice president for programming on education, creativity, and free expression at the Foundation. She has a history working for left-leaning nonprofits: her previous professional experience includes working at the Bill and Melinda Gates Foundation (the largest private foundation in the world, and another major funder of the Left) as director of education, postsecondary success, and special initiatives. She also served briefly in the Bill Clinton administration where she was a part of his transition team and a member of the Presidential Advisory Committee on Technology.

The question behind the new appointment isn’t about Pennington’s liberal-rich professional history—which certainly aligns with the values of the Ford Foundation. The intrigue lies in the reasoning behind the creation of the new executive vice president position itself.

The creation of Pennington’s position in the hope of “increasing efficiency” raises suspicions as to just how inefficiently the Ford Foundation is run. This pessimistic approach could lead one to ask, “how bad are things behind the curtain?”

To be fair, Pennington’s new appointment could also be the catalyst behind an organizational restructuring aimed at expanding the reach of the Foundation’s endowment. That’s the position taken by Ford Foundation president Darren Walker in an article article written last year.

Walker’s explaination of how the Foundation’s assets were used highlighted an  irony in the organization’s spending strategy. Walker noted that the Foundation meets the minimum spending requirement of 5% of total assets each year. The other 95% of the foundation’s billions of dollars are strategically invested with the intent of maintaining a stream of financial returns to sustain the foundation.

The irony of the Foundation’s model, Walker adds, is that “the very same systems that produce inequality also created our endowment, which, wisely invested, continues to fund our fight against inequality.”

Later in the article, Walker proudly announced that the Ford Foundation would invest up to $1 billion of their endowment over the next 10 years into Mission-Related Investments (MRIs), investments that can create not only a financial return but—by Ford’s standards—a positive social return as well.

The effect Hilary Pennington will have on this “social return,” however, remains to be seen.